posted on Jul, 16 2014 @ 07:01 AM
link
Hi, I'd like to put The idea out into ATS that some of David Cameron's recent re-shuffles in his cabinet are to hide the recent scandal surrounding the government by purging those who have memory of those who may have taken part in these historic crimes.

The scandals that I feel are being covered up are those which occurred in the 70's 80's and 90's which have recently come to light with much of the paperwork and files concerning these allegations missing.
Here is a mirror article on the matter :
www.mirror.co.uk...

Here is telegraph article on the recent re-shuffles:
www.telegraph.co.uk...

I find it too much of a coincidence that many of Cameron's supposedly trusted and experienced Cabinet members have been moved out of government with younger politicians moving into these roles. I think that Cameron could be trying to disassociate his government from the scandals putting the problem out of mind and out of sight. Cameron I believe, is getting rid of those who may have been involved with the recently come to light scandals or could have important knowledge about what occurred. 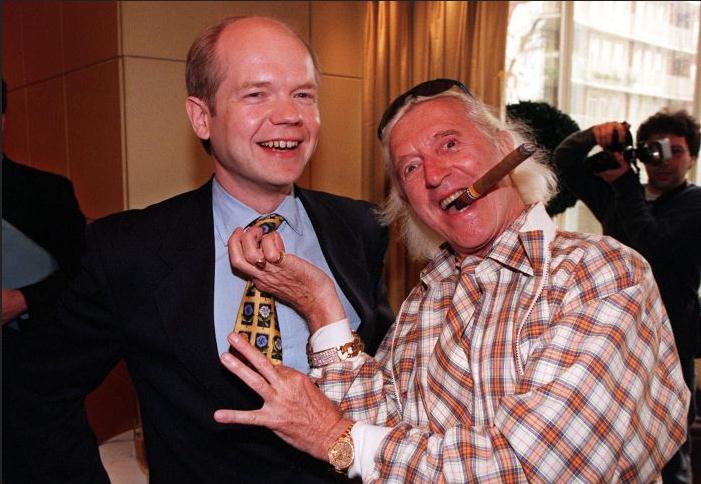 I wish we could get the kind of evidence over here in the US that has came out over there. England should be burning until these sick **cks are all hanging from bridges.

Just because he had a photo with him doesn't mean anything.
Plus he is going to be leader of the house.

Back to the OP I think the people involved have either passed away or very very old but If we have evidence take them all down.
Any hint of anymore cover ups and we should start hanging the bastards.

I would say YES, it was undoubtedly to try to prevent a scandal as there is a strong possibility that more damaging information on the SERVING member of parliament linked to the rent boy (peodophile) scandal may come out.
Politicians usually get away with pretty much anything unless it makes the public awareness and then when the wolf is visible in the sheep skin they pretty much know there career is over and so the other wolves in sheep's clothing like to distance themselves from the one's drawing attention to them.

Well we don't exactly have the evidence at all 114 files on paedophilia in the 80's have went "missing" after they were handled by Leon Brittan.

All of these files which incriminated "very important people" of the time just go missing. I'm sure there are cover ups of some sort.

Yeah those concerned might be dead or aging yet simply the association of a politician that was young at the time yet hand a behind the scenes could be terribly damaging to the party concerned.

If these crimes were perpetrated into 90's then surely there are people which had some hand in these crimes still around and I think that is why Cameron has got rid of so many of the older politicians, if they have an inch of incriminating evidence against them it could be a massive blow against Cameron.

posted on Jul, 16 2014 @ 02:52 PM
link
When this reshuffle is joined with the Bultler-Scloss debacle, and today's very timely announcement of the arrests of 600 suspected paedophiles it really begins to look a little too much like a coincidence for me.

I'd go so far as to say that Butler-Schloss was controversially appointed on purpose to be intentionally replaced in the hope that it looked like they were taking people's concerns seriously. Then 600+ arrests of "rank and phile" (hurr) suspects takes the attention away from the child abuse suspects in positions of power. I mean, 600 arrests, they are sorting the problem out, right?

I'd be surprised if there are not some in the cabinet who at least have connections to such deeds - be they abusers, enablers, or just those that knew and kept schtum.

However, would having them shuffled out of the cabinet really make any difference? Maybe Cameron thinks it's going to all blow up eventually, and better if they are ex-ministers when TSHTF than current ministers. I really believe that they are preparing damage limitation in case their smoke and mirrors doesn't work.

posted on Jul, 16 2014 @ 04:50 PM
link
As usual the timing is just too convenient. It seems there is an international paedophile ring hidden among the wealthy & powerful / freemasons.
These allegations should be taken very seriously, especially considering the recent arrest & investigation of Patrick Rock, one of the PM's closest aides, on suspicion of offences relating to child pornography.

Freemasons? Is there something I missed or is this your personal belief?

I am not accusing all Freemasons of being involved with this kind of activity, but I will show you the dots that I connected to reach the conclusion that many of the higher degree masons are at least implicit in covering up this ring.

The first thing you should do is check out the link in my signature, it's a documentary about Haut de la Garenne care home on the island of Jersey - a British island not owned by the UK, and is heavily influenced by Freemasons due to it's ties with the financial sector in the City of London.

Now if you haven't heard about this place or don't have time to watch the video, there has been an investigation into child abuse at this care home which has found a total of 65 teeth and around 100 charred fragments of bones which detectives believe belonged to the victims who were abused and killed before being burnt in the homes furnace.

Jimmy Savile has been confirmed to have visited this care home at least once, and we all know he had many friends in high places. Jimmy Savile was a Knight of Malta, in addition to his two knighthoods, OBE and honorary degrees. The degree of Knight of Malta is universally associated with the Masonic Knights Templar.

So with Jimmy Savile having a Masonic honour bestowed upon him it is hardly a stretch of the imagination, and all of this is barely scratching the surface.. Apologies to OP for the massive tangent I have gone off on but I hope this sheds some light on to why I mentioned the Freemasons.

I see it was a generalization of a group based on the actions of a few sick and demented people.

I didn't mean for my original comment to come across that way. The words I chose to use were that they are 'hidden among' them, which I suppose could be misconstrued as that all Freemasons are paedophiles / paedophile protectors. Don't get me wrong though, I know that many people belonging to Freemason lodges are unaware of any such behaviour, but I felt that the association of some of these 'few sick and demented people' as you aptly put it, was worth mentioning.

It may be a little late now, but you could consider asking a mod to move this to an ATS forum. Here on BTS the traffic is less, and this is a genuine conspiracy topic worthy of a wider readership and discussion.