How much radiation are you absorbing from your cell phone? Find out. 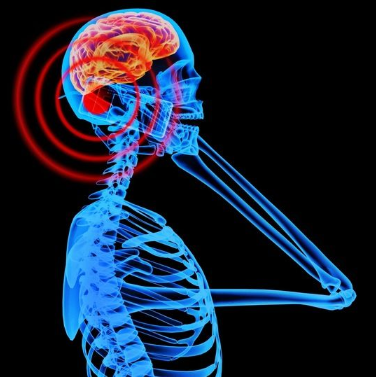 In the UK, the SAR ("specific absorption rate") is a maximum of 2.0 watts of energy absorbed per kilogram of body weight. In the US, the maximum allowable SAR is 1.6 W/kg.

The following article provides SARs for the 20 worst and best cell phones:

This next article provides a much more comprehensive list:

If your phone isn't on either list, you can still find out its SAR by going to the FCC database and typing in your cell phone's FCC ID number.

The FCC ID number is usually shown somewhere on the case of the phone or device. In many cases, you will have to remove the battery pack to find the number.


My phone is one of the highest.

Guess I'll have to get myself a "Verykool" phone.

On the bright side, exposure to our brains is probably less than before. These days, hardly anyone uses their phone to make actual calls...


Glad to see mine is one of the lowest.

So how much am I getting from my laptop, and should I stop sleeping right next to it, albeit unplugged?

If you spent a few hundred dollars on a phone are you going to throw it out then run out and buy a new phone because it may be just a little bit safer?

I think it's the difference between smoking light cigerettes as opposed to full flavor cigerettes. They are both bad for you right?

posted on Jul, 13 2014 @ 04:16 PM
link
This makes me glad I decided 2 months ago to get rid of my cell phone. Mainly because I didn't like the idea of being able to be tracked by it. But this is another plus. Although my phone was on the low radiation list.

I suppose you could take radiation levels into consideration before your next purchase.

I'm due for a replacement so the timing is good for me. The NSA tracking devices, iphones and Galaxy S5s of the world, are way too intrusive for my liking (heart rate monitors, fingerprint scanning etc.) so radiation levels will be a major factor in my decision.

Oh sure as I said it's a nice resource and it's something to consider before a new purchase.

posted on Jul, 13 2014 @ 06:49 PM
link
Did you know that the instructions that come with every cell phone caution people not to hold it up to their heads.

Whenever I use a cell phone it is on speaker, and I never hold it near my head. I guess I'm a softy who obeys manufacturer instructions (now where's my sun-lamp?).

This 'radiation' you're worried about is just... radio waves.

Your mobile phone is — rather obviously — a radio transmitter. It puts out radio waves. If the output is high enough, it can make your ears hot. And maybe temporarily alter the blood flow in parts of your brain by a tiny amount.

doesn't the microwave work on a similar concept?

according to rense (promoting the science experiment of a school girl who was an obvious shill)
2 plants seeds were watered with different types of water.
water 1 was 'normal' (it might've been tap water, is that normal?)
water 2 was heated in a microwave & allowed to cool

the two plants(seeds) were then watered with thier respective waters..
..the 'microwave water plant' at day 7-14 looks like a mutant
the 'normal' water plant looks 'normal'
/shrugs
i haven't had the heart to try this for myself on some of my own plants


anywho, there was some article in one of them respected news outlets about wifi radiation making people sick.. i see lots of these 'towers' continually going up so maybe it doesn't matter if we hold phones up to our heads after all?

if shopping malls were trying cutting-edge advertising technology cough to beam audio directly to the head of the consumer maybe phones themselves will soon entirely be a thing of the past?

brought to you by lightspeed briefs

edit on 14-7-2014 by UNIT76 because: the plants started as seeds.. you forgot to mention that crucial little detail mr. poirot.. now you yourself are a suspect in the case of the missing nuggets, take him away

Yes, microwaves have the same effect. So does light, which is yet another form of electromagnetic radiation.

Radio waves from long wave to UHF, microwaves, infrared light, visible light, UV, X rays, gamma rays: all the same thing really — kinds of radiation or, if you like, kinds of light. The higher the frequency (gamma rays, X rays) the more energy they carry and so the more damage they can do. Gamma rays, in a high enough dose, might kill you. X rays and high-frequency UV can give you cancer (but you have to be exposed to rather a lot of if first). UV also gives you sunburn. Visible light can blind you (if it's bright enough and you're stupid enough). IR and microwaves can warm you up a little. Radio waves... not so much.

Mobile phones give off less than 1W of radiation. You're more in danger from a lightbulb held near your head.