The Musical Chairs of Toxic Waste 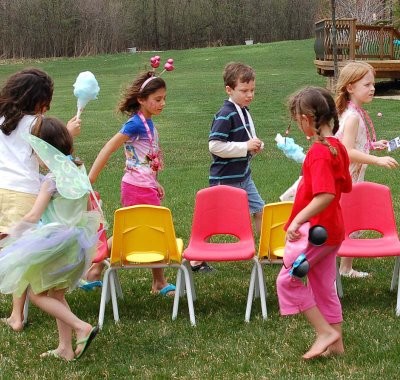 "Superfund or Comprehensive Environmental Response, Compensation, and Liability Act of 1980 (CERCLA) is a United States federal law designed to clean up sites contaminated with hazardous substances as well as broadly defined "pollutants or contaminants..."

Earlier this year, a group of investigative reporters from The Center for Investigative Reporting began asking the question: "What happens to the waste that’s pulled from the ground beneath Silicon Valley’s Superfund sites?"

Below some of the world’s most expensive real estate, in the heart of Silicon Valley, pipes and pumps suck thousands of gallons of contaminated water every hour from vast underground toxic pools.

Giant industrial filters trap droplets of dangerous chemicals at the surface, all in the hope of making the water drinkable again and protecting the workers of tech giants such as Google Inc. and Symantec Corp. from toxic vapors.

But that costly journey to the surface is only the start of a toxic trail with no clear end.

Along the way, waste treatment plants rack up environmental violations, records show. Byproducts created during treatment are shuttled from one plant to another. And then another. After crisscrossing the country, the waste even can end up right back where it started – at a treatment plant just a few miles away in Silicon Valley.

It’s a shell game in which one environmental danger appears to be addressed, yet is moved somewhere else in the form of a new problem.

Astonishingly, once waste leaves an original Superfund site, no one tracks what happens to the removed waste.

The EPA pays close attention to the more than 1,300 toxic sites that constitute its landmark Superfund program. But the toxic trail highlights a key gap: After the waste-hauling trucks rumble out of town, the EPA considers the job to be finished.

As a result, the country’s environmental regulators are creating their own legacy of unintended consequences as they grapple with the mess left behind by a previous generation. Along the trail, contained toxic waste is turned into an array of uncontrolled and potentially worse problems that fan out across the U.S.

For more articles on this quiet 'conspiracy', see here.

Proving once again that at best much government action appears to be just simple window dressing. While at worst, it might actually kill you...

[sigh] ....Good to see you posting. I was just bemoaning the loss of dynamic pertinence here. Great save.

posted on Jul, 15 2014 @ 07:49 AM
link
Great thread.
It never ceases to amaze me how little attention information like this receives. But yet it is such a large issue for us, as humans, because this is going to affect us for several generations.

Well, until the ground is so polluted, it starts killing us off.

Well done, thank you for putting this out there. I recently did a thread about the contamination of some sites in the Western NY area around the Niagara River and Lake Ontario. In my research I found myself wondering about the same thing: "What happens to this 'stuff' once it leaves the original site?". What I found is that in the case of the sites I looked into, the toxic mess was sent to a couple facilities in other states. That is, the toxic mess they actually dealt with. Some of it is still in the ground while development of office/industrial space on top of it and around it moves along at break-neck speed.

Really to me it seems that it's nothinhg more than a shell game with deadly consequences.

Pollution is in my opinion, a far higher threat to humans than global warming is. It is something that we can see immediate impacts of and will take a toll in our lifetimes.

Seems like if the issue is real and immediate, but offers no easy solutions, *crickets*.