A Century-Old Mystery: the 1561 UFOs Over Nuremberg 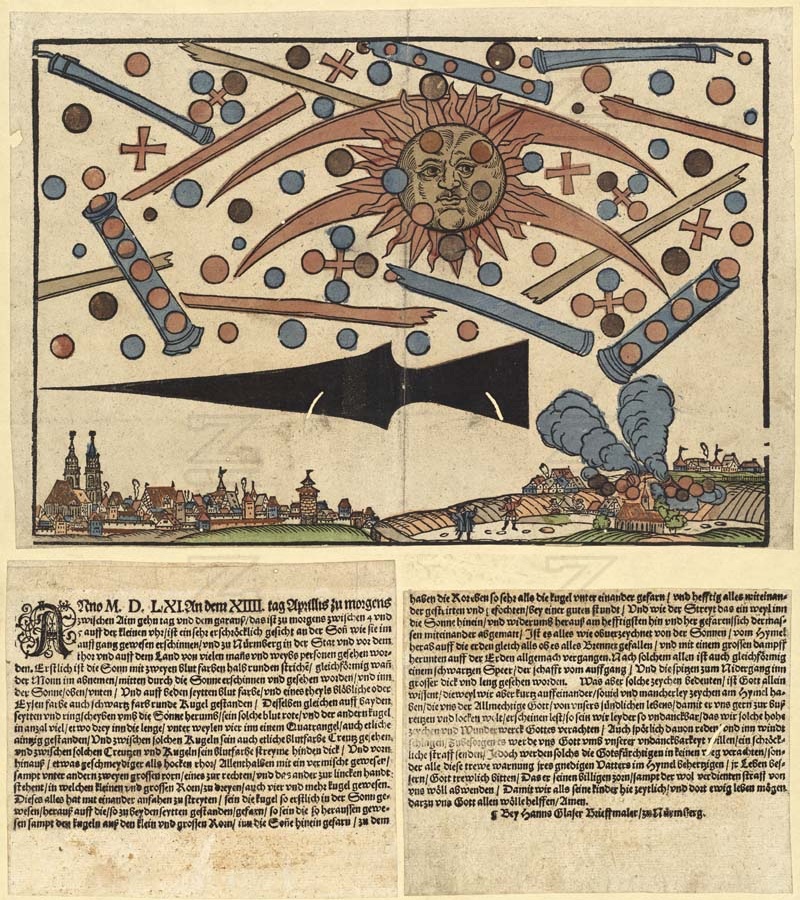 In 1561 there was a mass sighting of several unidentified flying objects buzzing around in the skies over Nuremberg, Germany.

In the morning of April 14, 1561, at daybreak, between 4 and 5 a.m., a dreadful apparition occurred on the sun, and then this was seen in Nuremberg in the city, before the gates and in the country – by many men and women. At first there appeared in the middle of the sun two blood-red semi-circular arcs, just like the moon in its last quarter. And in the sun, above and below and on both sides, the color was blood, there stood a round ball of partly dull, partly black ferrous color. Likewise there stood on both sides and as a torus about the sun such blood-red ones and other balls in large number, about three in a line and four in a square, also some alone. In between these globes there were visible a few blood-red crosses, between which there were blood-red strips, becoming thicker to the rear and in the front malleable like the rods of reed-grass, which were intermingled, among them two big rods, one on the right, the other to the left, and within the small and big rods there were three, also four and more globes. These all started to fight among themselves, so that the globes, which were first in the sun, flew out to the ones standing on both sides, thereafter, the globes standing outside the sun, in the small and large rods, flew into the sun. Besides the globes flew back and forth among themselves and fought vehemently with each other for over an hour. And when the conflict in and again out of the sun was most intense, they became fatigued to such an extent that they all, as said above, fell from the sun down upon the earth ‘as if they all burned’ and they then wasted away on the earth with immense smoke. After all this there was something like a black spear, very long and thick, sighted; the shaft pointed to the east, the point pointed west. Whatever such signs mean, God alone knows.

Note the dark arrow, the two crescents, the tube, and the spheres.

But some investigators think they found the answer:

Most recently, a possible explanation of the event has been offered that notes certain aspects of the drawing and text seem consistent with haloes caused by light refraction through clouds of light crystals.


So, basically, the mystery stands: there still isn't general agreement on what these flying (or falling?) objects were.

I wonder what the "many men and women" were doing staring at the sun in the first place. Keep staring at it for a few seconds and you're going to start seeing balls and cones and dancing lights and whatever else occurs as you burn a hole in your cornea. But whatever these sights were, I don't think haloes of light refraction fall to the earth creating smoke when they land.

posted on Jul, 4 2014 @ 06:40 AM
link
just because it happened in the 16th century doesnt mean the people were retarded, remember you can only describe and experience by what you have experienced and can reproduce back into words and text.
in the 16th century no air plains, electricity, powered boats. so how would they have described this event, im quite sure they would have seen all the natural effects of nature.

According to the drawing, there was also something like wood being snapped in two. Maybe the sound was what made the people look up.

posted on Jul, 4 2014 @ 06:45 AM
link
well if it wasn't for the fact that they say one fell to the ground and was smoking, i might think that it was a natural phenomenon such as "light refraction through clouds of light crystals".

back then people wouldn't have made up some bs and gone to the extent of making a wood cut. that would invole a lot of time and labor and they didn't waste time like that.

posted on Jul, 4 2014 @ 07:20 AM
link
The general opinion is Nuremburg was a real ufo event. A mothership is seen as is many different colour types of ufo orb.

These things are very real, from the Star of Bethlehem to the ISS vids and are seen all over the Earth, as depicted here in Nuremburg

The smoke on the ground is landing cannon balls.
Fragments of wood are debris from cannon shot

The large black arrow is the direction the cannon fire is being returned.

The crosses? Not sure about those. Maybe a symbol of it being a religious conflict.

The whole thing is ABSTRACT ART.


An the witness report was Abstract Art too?
Maybe part of the 1561 ATS Creative Writing Contest, perhaps.

BTW you didn't offer an explanation for the general lack of damage (and war) on the ground. How come there's so much "cannon" balls in the air but so little armies on the ground, and so little damage on the cities.

Sure a few balls landed on one place, but the damage was limited to this place and spared the rest of Nuremberg. They could be meteorites for that matter.

BTW you didn't offer an explanation for the general lack of damage (and war) on the ground.


How much bloody detail did you want them to put into the picture?

Why shouldn't they add these details? If it's really a war, I doubt they'd start and go all picky about it. They would in fact include the most details possible for future generations. A real war was usually documented (and painted) as such: 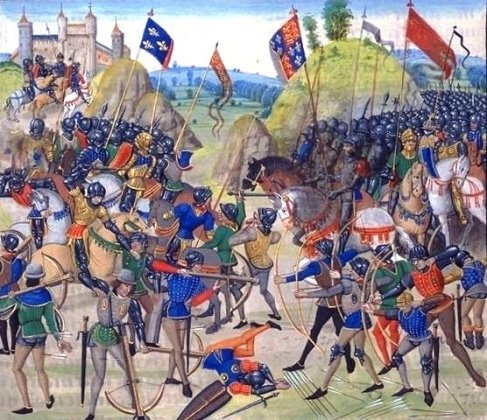 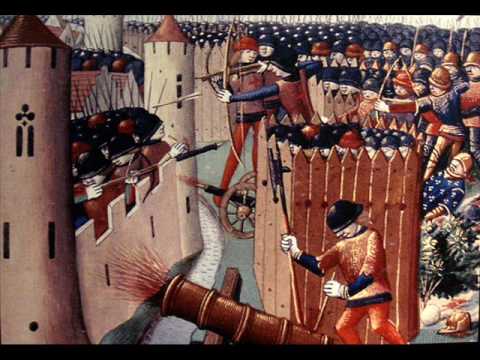 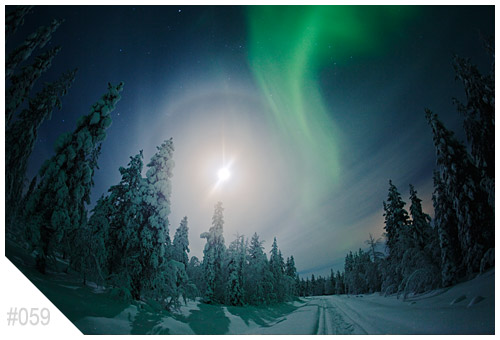 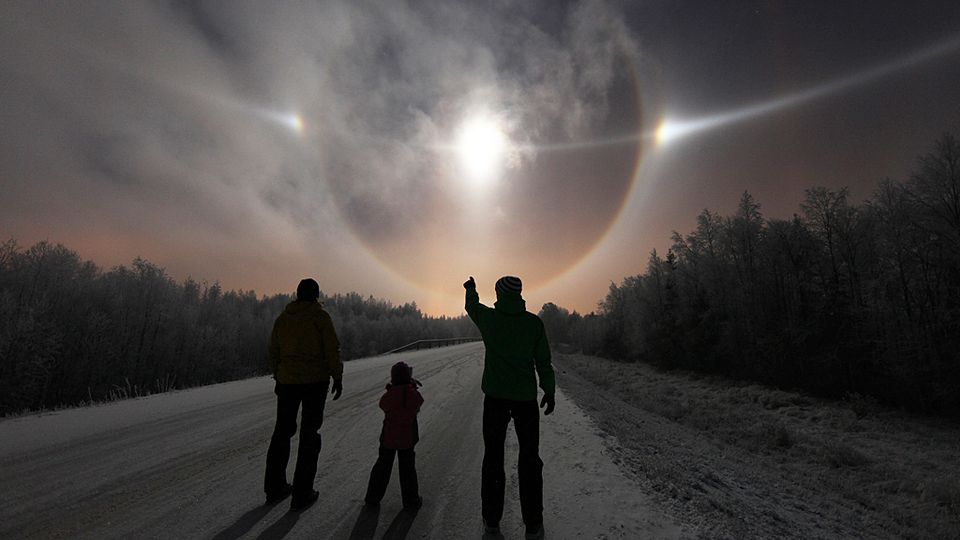 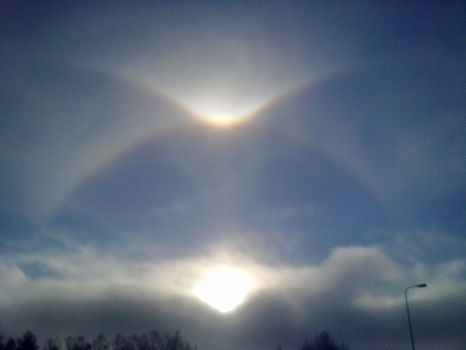 Halos are very striking, there are daytime and night time ones. There is nothing supernatural in halos. I wish there were more about the actual event in Nuremberg than just one picture which is pretty much made in fashion what was commonly used at the time.

Found another picture of the event 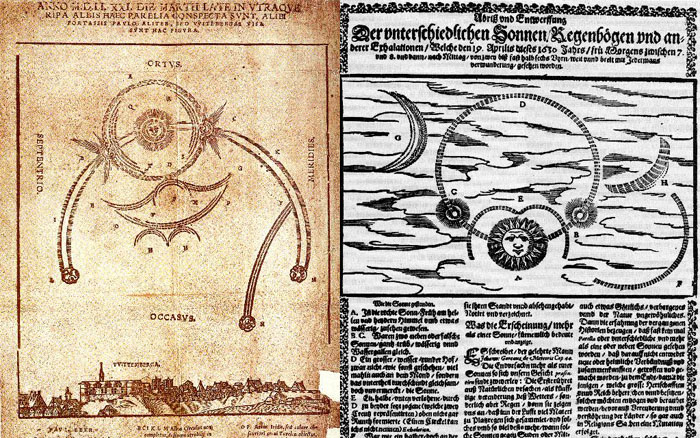 If this is not resembling a halos.. what is ?

It all depends on who the artist was, does it not?

Some go for minimal others go completely OTT

What about the written report? It says the balls fought each other in the sky for over an hour, and then fell on the ground, causing smoke and stuff. Plus, the black arrow is not an abstract concept - the written report reports the actual sighting of this thing.

Very beautiful pictures, thanks for posting.

What about the written report? It says the balls fought each other in the sky for over an hour, and then fell on the ground, causing smoke and stuff. Plus, the black arrow is not an abstract concept - the written report reports the actual sighting of this thing.

If things fell to the ground, then why has no physical wreckage ever surfaced. Nothing was collected it would seem. Surely for an event so surreal, peoples curiosity would make them want to collect trophies, would they not?
Yet...............nothing.
Not sure where you are from, but here in The U.K. we still have artifacts from that period.

Well, your own argument also applies to a war, does it not?

If it was really a war with cannon balls, how come no wreckage or evidences has been collected?

As for the cannonball idea, no!

"The sky appeared to fill with cylindrical objects from which red, black, orange and blue white disks and globes emerged. Crosses and tubes resembling cannon barrels also appeared whereupon the objects promptly "began to fight one another."

The people described them as 'looking like' cannons, but i'm pretty sure 'cannons' never flew in the sky, only their 'balls'.

originally posted by: skyblueworld
Wouldn't this by a Four Century old mystery and not One, as your title suggests?


Well I would have gone for "A Centuries-Old Mystery", but I'm not sure if it's grammatically correct (I'm French Canadian). The "A" refers to the Mystery, not to the numeral "One".

The people described them as 'looking like' cannons, but i'm pretty sure 'cannons' never flew in the sky, only their 'balls'.