posted on Jun, 21 2014 @ 06:22 AM
link
Rian Johnson has been a director on certain Breaking Bad episodes and a writer and director for a science fiction movie, Looper.

Personally, this is a movie that I have never heard of but am going to have to check out now. It features Bruce Willis and might give some clues to the film style and even plot of Episode VIII - depending on the atmosphere of the film.

Here is what Rian Johnson tweeted after receiving the news.

The current Star Wars movie in production, Episode VII, is featuring much of the old cast including Harrison Ford (who just broke his leg), Mark Hamill and Carrie Fisher - I am looking forward to this quite a bit -

I hear that even Lando Calrissian is back as well as C3PO and R2-D2 - the only characters to appear in as many films.

posted on Jun, 21 2014 @ 07:12 AM
link
Not sure I will be happy with this move.
First we have yet to see what JJ has done. If his past is any indication I expect a great movie...so why remove him when VII is not even done yet.

Not sure I follow the choices being made unless JJ has said one and only one will I do.

I think that Episode VII might include Grand Admiral Thrawn I believe - and then Episode VIII may include the Yuuzhan Vong. Admiral Thrawn has been hinted at in the media and is a similar villain to ones that J.J. Abrams has portrayed before, we are talking mainstream ship battles and such. 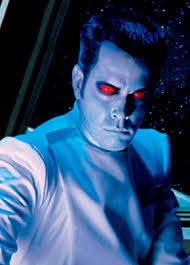 There is a picture of Admiral Thrawn. I believe he is going to be the villain in Episode VII.

The Yuuzhan Vong, however, would be a different feel because they are an alien race that is very hostile and this might require a different kind of film-making style. 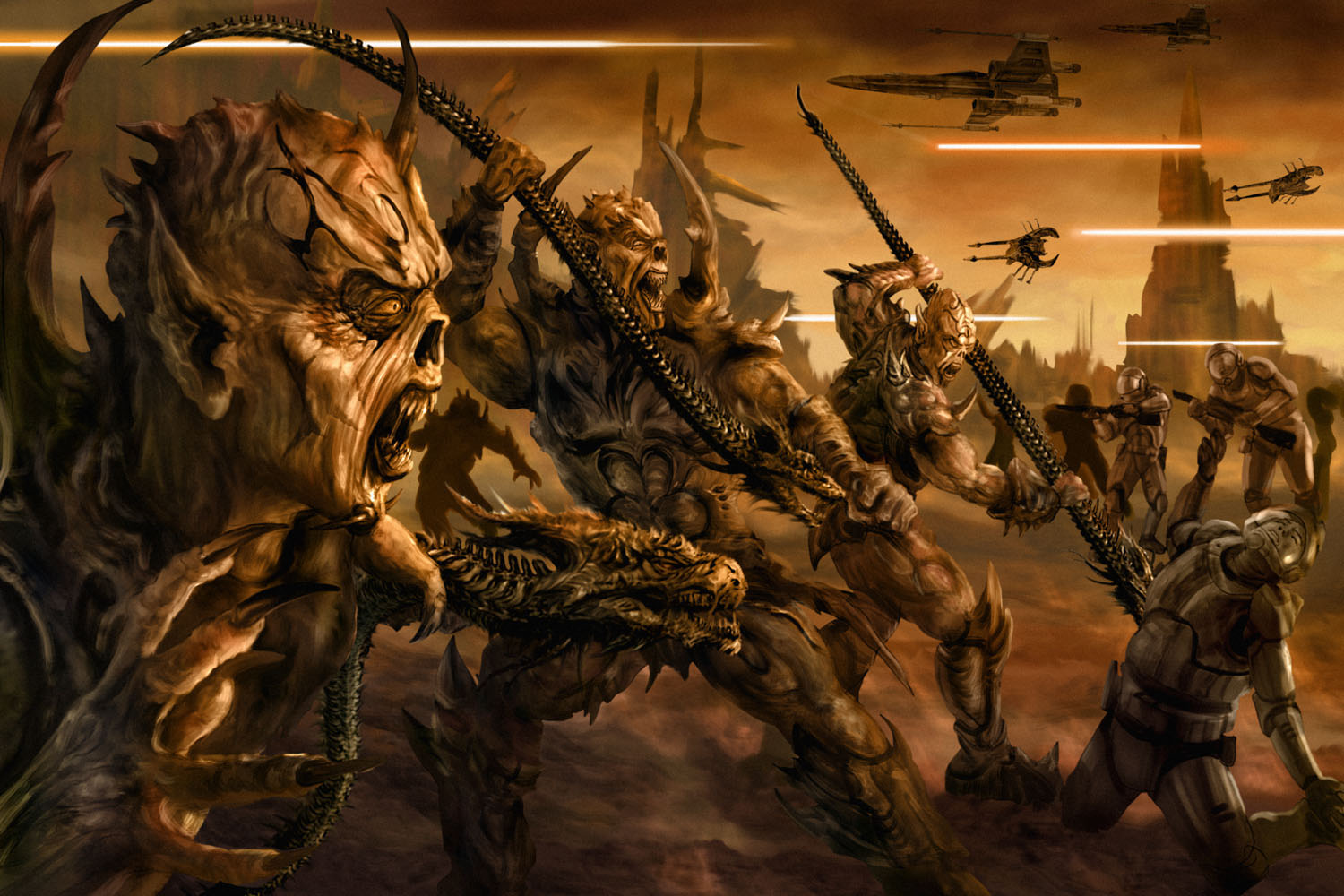 These are the Yuuzhan Vong. I believe they are going to be the villains in Episode VIII. Because of the non-mainstream idea of an alien invasion similar to the zerg or something of the like, they might have opted for a different director.

If they had stuck with JJ, this might have worked but with this guy i am not so sure.

Well J.J. is still directing Episode VII, just possibly not the next one, this is news about Episode VIII. Looper was bad? I was going to watch it, I haven't yet, so I don't know much about the director's style. I like J.J. Abrams quite a lot.
edit on 21amSat, 21 Jun 2014 07:45:09 -0500kbamkAmerica/Chicago by darkbake because: (no reason given)

Yeah i know he is doing the next one is the other two that Johnson is doing, if looper is anything to go by they are going to be pretty awful.

I agree Looper was really bad.
I heard no Sith in the first movie and Chewie dies :O.

I may cry If that happens.

posted on Jun, 21 2014 @ 02:27 PM
link
I hope Abrams gets a freaking tripod, crane, or a steadycam for this one. 'Cloverfield' is one of the only movies I have ever walked out of the theater on. The cinematography was nauseating.

posted on Jun, 21 2014 @ 11:03 PM
link
I think brick is still on Netflix streaming. It's a neo noir gumshoe kinda movie. It might take a couple watches because the dialogue is so old school. But seriously watch it. Joseph Gordon levitt is the protagonist.

I agree Looper was really bad.
I heard no Sith in the first movie and Chewie dies :O.

I may cry If that happens.


Who did you hear this from, Boymonkey? I heard that Chewbacca gets crushed in by a falling moon!

The 1999 novel Vector Prime by R. A. Salvatore (the first in the New Jedi Order series) marks Chewbacca's last chronological appearance in the Star Wars universe. Chewbacca dies when he sacrifices his life to save Han's son Anakin from a collision between the planet Sernpidal and one of its moons.