Dangers of digging into the earths crust on a large scale

posted on Jun, 14 2014 @ 10:47 AM
link
ok with all this fracking going off and people on about the dangers/non dangers ect i thought id share something with everyone on ATS about where i grew up that is a small village in the uk (south elmsall) which was home to Frickley pit so our village is built on top of this mine as a matter of fact i can walk to the entrance of the mine in about 5 mins from my house.

ok i know fracking and mining are alot different but its still same basic principle Dig a hole to extract something from the earths crust.

problem 1 is from the fact that digging the holes means they are removing dirt/shale/rocks ect from the ground and where do they put it in our case they surrounded our village with it which in turn made us sit in an artificial valley. 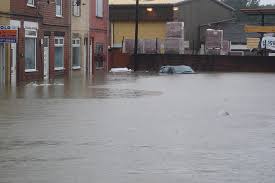 now the biggest dangers of what we faced was around 15 years ago before they decided to actually clean up there mess as a child growing up in this are we used to play on the tip sites like kids too regardless of what our parents said ect and a few kids went missing.

posted on Jun, 14 2014 @ 11:23 AM
link
I live in an area rich in Minerals. The damage from the old Copper mines here is impossible to fix They blew a lot of money from the superfund here and accomplished little. Since the problem is too big to correct, it is futile to throw money at it. The people in this area migrated from other areas with copper mines so their genetics protect them a bit, our ancestors paid for their grandchildrens change though, dying prematurely. Now many of us have to eat differently than what is said to be good for everyone because of these genetic changes. Not a problem, most of our parents and grandparents structured an adequate diet long ago. But along comes the health people and they tell us that these foods are not good for you, ignoring our ancestral modifications to diet that they figured out long ago. Trust in science instead of your grandparents who hardly ever were sick and were civil and had all their marbles right to the end.

I understand why most people avoid this area, the minerals in the water can disrupt a person if they are not used to them. The strawberries grown in the copper rich soils up in the Copper Country are some of the best in the world for flavor. Why? Another thing, do people who do not live in this area think they taste so good? Is it a necessity in our life from genetic changes which makes these taste good?

I would say that the people who live in an area actually experience specialized gene expression because of that area. They can now use genetics to see where your ancesters used to live. The changes by the environment are being analyzed, I could send my genetic testing to a company and for under seventy bucks they can tell me where my ancestors settled in when migrating around in the last thousand or more years . This could help to study necessities and intollerances in the diet when they figure out all of this. Not much of this information is just from the standard recognized piece of the DNA they say is only important. Why did they used to say this section was the only important part? Because they had a lot of chemists that needed to make money creating chemicals that could never make anything if they analyzed the whole DNA. This science is tied to the FDA. So no required testing is required on gene expression problems.

Areas are destroyed by mining, that is why there are rules. The Iron Mine her is not that bad, other than the big hole they are making. Selenium levels are high in the runoff water, but it just makes it so you can't eat the fish in a lake and some rivers there. It goes into Lake superior and is dispersed. I am sure we are not being told all the things it is causing though. The blasting crumbles the buildings block and brick and shakes things quite a bit. It is better than living in Syria or in other areas where bombs and bullets fly though. The mine blasts from collapsing mines in the Copper Country are slowly getting smaller. I remembered them a lot more when I was young, now they are just occasional shakings and sounds. The Government dumped a lot of money there, money we pay in, and the mine paid little taxes back in those days. We seem to pay and suffer for what benefitted a few people, none of which actually lived in the area.

posted on Jun, 14 2014 @ 11:35 AM
link
yeah luckily our mine was just a coal mine so we didnt have the problem of Contaminants going into our food chain and stuff like otherwise i recon the damage would have been to great and we would have had to move

Here's a wierd (prob debunked) thought. What if the oil in the crust acts like a lubricant and shock absorber for the tectonic plates? What if removing as much as we are will create more and bigger earthquakes?

Ive memtioned this before and yet again was laughed at.

Taking into account the electromagnetic function of the planet yet shifting (removing) specific conductive materials then moving them elsewhere is sure to have an affect.

Theres a thread here on ats regarding a magnet and a copper tube.

hopefully you will understand upon watching the video in the OP.

Oh and while I am at it, the sun also effects behaviour,

I quit caring. Go ahead. Tear it all up. Every scoop of dirt. Every glass of water. Every puff of air. Kill it. I don't care.

originally posted by: Honkwoo1486
yeah luckily our mine was just a coal mine so we didnt have the problem of Contaminants going into our food chain and stuff like otherwise i recon the damage would have been to great and we would have had to move

Except for all the Mercury and other pollutants released when the mined coal is burned.