Found a nice article about the Giant Rock area in the Mojave desert. There's an underground lounge at this location where UFO conventions have happened since the 1950s. My girlfriend in college was from the area and has told me about the Integratron nearby, which is something of a tourist attraction, where they claim "energy vortex" and other paranormal phenomena. I always thought it was like the Mystery Spot in Santa Cruz- an area whose supernatural quality was invented to get tourist dollars. The reality seems a bit more interesting. Anyway, enjoy the pics, should be interesting to those who appreciate the social and historical side of the UFO movement. Its basically a rehashing of a super old edition of Life magazine but I'll bet plenty have never seen these pics.

posted on Jun, 13 2014 @ 05:32 PM
link
What a fun find! I wish there was a picture of the fracture face, as that would be an interesting thread on its own, providing it does show something...

This guy maybe should have splurged and paid the extra 50 cents for an adult-size shirt: 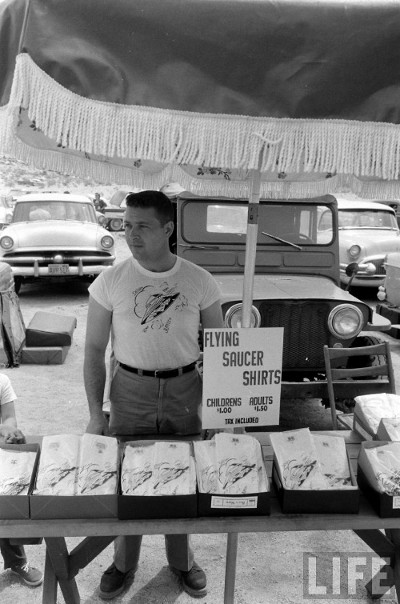 Fantastic set of photos, I love B & W. It is truly a great collection, thanks for posting the link. It's bookmark city now.

This guy maybe should have splurged and paid the extra 50 cents for an adult-size shirt:

It looks like the vendor only had two sizes of t-shirts to sell, small and large. And he could only barely fit into the large one.

Lol this needs to be made into a meme:

Is that Alex Jones??? It all makes sense now...


This guy maybe should have splurged and paid the extra 50 cents for an adult-size shirt:

oh no you didn't

they are obviously contactees.

One doesn't think of the straight-laced 50s being a haven for contactees, but these photos show that there was really quite a lot going on along those lines, n'est ce pas?

They see me rollin... 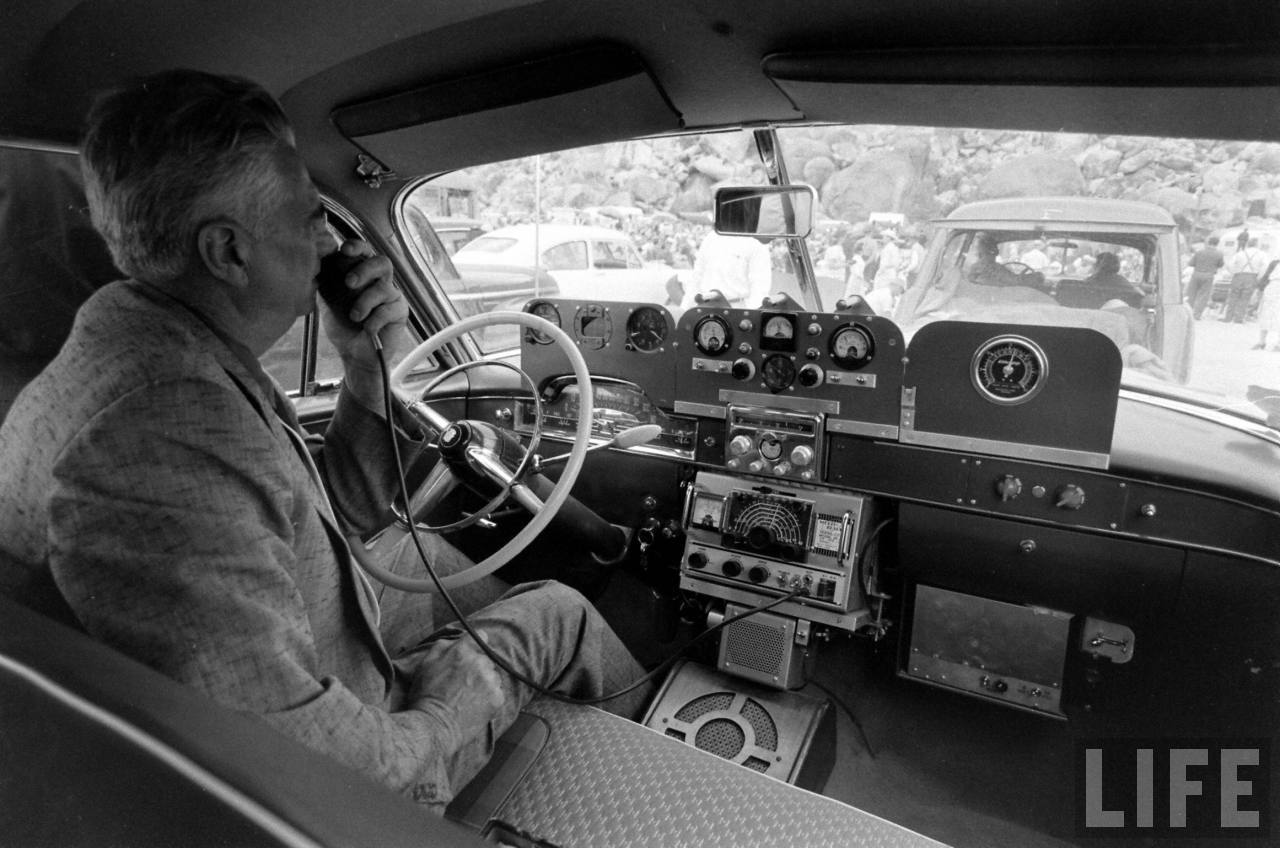 Seems yes! It's soooo cool, being a Packard fan too !!!

posted on Jun, 16 2014 @ 05:36 AM
link
It's interesting to see most of the participants appear to advanced in age (50+). I've never been to a UFO convention. Thus, I'm not sure the same demographic is dominating attendance at current/recent events.

I've driven through that desert many times. It's a spooky place at night.

Thanks for posting this link

posted on Jun, 16 2014 @ 08:30 AM
link
not gonna lie, pictures are pretty awesome. makes me feel nostalgic for a period i wasn't alive to experience, but, i wish i could have.

figures that now the rock is fractured and broken after all of this time. would be awesome if they still held UFO conventions out there.

also, pretty sad story about the german guy who moved out there and built his home initially under the rock. totally makes me think of the twilight zone episode The Monsters On Main Street. Poor guy just wanted to live alone and toy with some radios in his secluded little desert house. But, nooooo, he has an antenna so he's a nazi spy and he got blown up with dynamite, wtf.

originally posted by: CallmeRaskolnikov
not gonna lie, pictures are pretty awesome. makes me feel nostalgic for a period i wasn't alive to experience, but, i wish i could have.

figures that now the rock is fractured and broken after all of this time. would be awesome if they still held UFO conventions out there.

Well, in geologic time its only been a blink since the 50s; the stone was a sacred monument to Native Americans for who knows how long. Rock features can linger for centuries.

However, it seems the rock did fracture in 2 pieces somewhat recently, and the underground room was demolished in a dynamite explosion.