Thought I'd put this link up for those that want to see live streaming from above ...

Thought I'd put this link up for those that want to see live streaming from above ...


That's really cool. I actually watched the ISS fly over us last night. It looked like a bright white cross, and was really fast. Thanks for the link.

I know right! Really cool!! (your welcome) Maybe we can see a UFO !!

HD or SD has nothing to do with it. We can't see stars because of the exposure/aperture settings on the camera. The Earth is bright, so the cameras are set up for more-or-less "daytime" type exposure settings. If they didn't, then the images would be overexposed blobs of white.

For example, if you took your video camera (or even your still camera) and used the exposure settings it uses when filming/taking pictures in daylight, and then used those settings to try to film a starry sky at night, most likely no stars (except for maybe the brightest couple) would be able to be seen on the video/in the picture -- even though you may be able to see them with your eyes.

Thank You very much for the info

posted on Jun, 5 2014 @ 12:13 PM
link
The cameras are supposed to cycle but I've only seen 1 view so far.
"The four cameras of the HDEV experiment are oriented in different directions and with different views relative to the ISS travel direction. They are in positioned, 1 looking forward, 1 looking nearly straight down, and 2 looking back. This provides several different viewing angles to the viewer."

originally posted by: D0MiNAT0R 1OOO
a reply to: RUFFREADY
What do they mean with "Recorded Live" so infact it ain't really live but its recorded eehh??!


It's live streaming but recording also at the same time. Go here and read about that which you brought up. It show recordings of highlights of previous round abouts.

Very interesting, Ruff!! I'll check it out later on!
Thanks for sharing!

Thanks, nice. Once again this shows how very thin our atmosphere is, and how everything that goes into the air (fumes, smoke, etc.) has a very low ceiling.

originally posted by: UKWO1Phot
a reply to: Soylent Green Is People
Isn't it because the camera facing Earth??


I've seen views from this feed that show both the earth and space in the same view.

...So, no. It isn't because the camera is facing Earth. The view that shows space may be facing Earth in general, but the whole view is not taken up by Earth.

originally posted by: Aleister
a reply to: RUFFREADY

Thanks, nice. Once again this shows how very thin our atmosphere is, and how everything that goes into the air (fumes, smoke, etc.) has a very low ceiling.

Yes. It is truly amazing how thin our atmosphere is. To borrow a term from physicist Brian Cox, it is just a "Thin Blue Line".

Another thing that I have always found interesting is just how low the orbit of the Space Station (ISS) is. Here is a graphic just showing what it means when it is said that the ISS is in "low Earth orbit". The ISS orbits at a height of about 260 miles (about 415 km). That is approximately the same distance between the U.S. cities of Pittsburgh and Philadelphia: 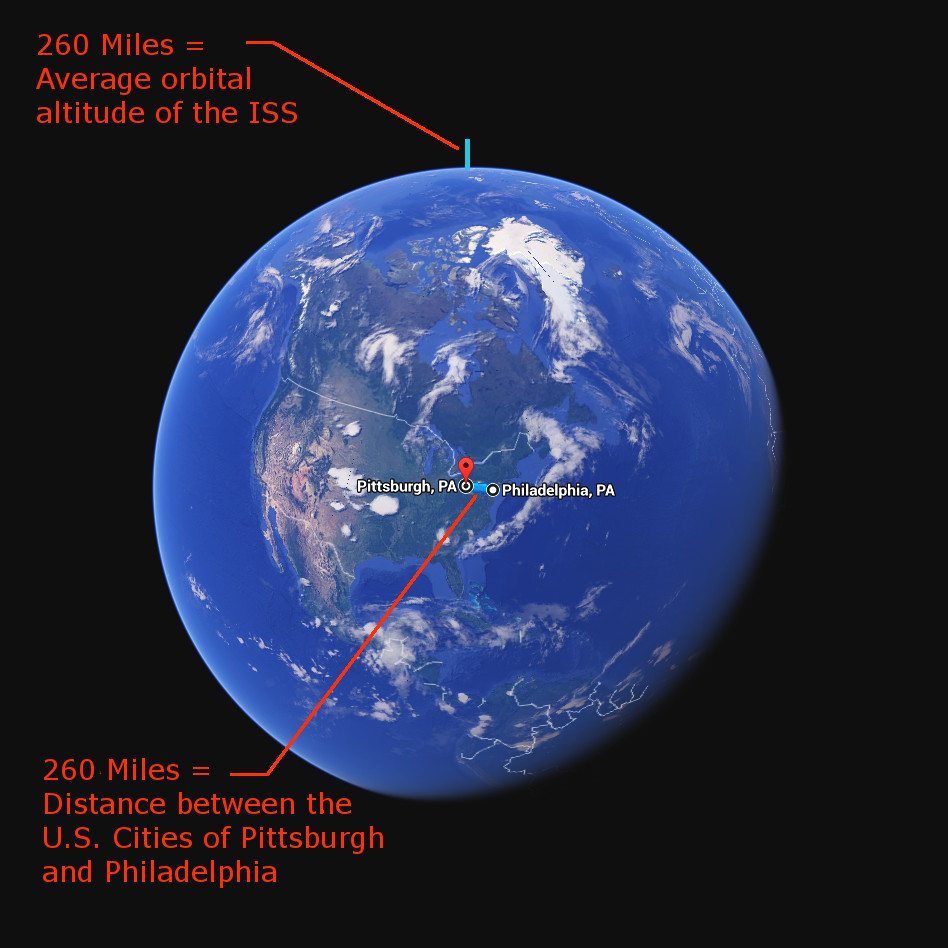 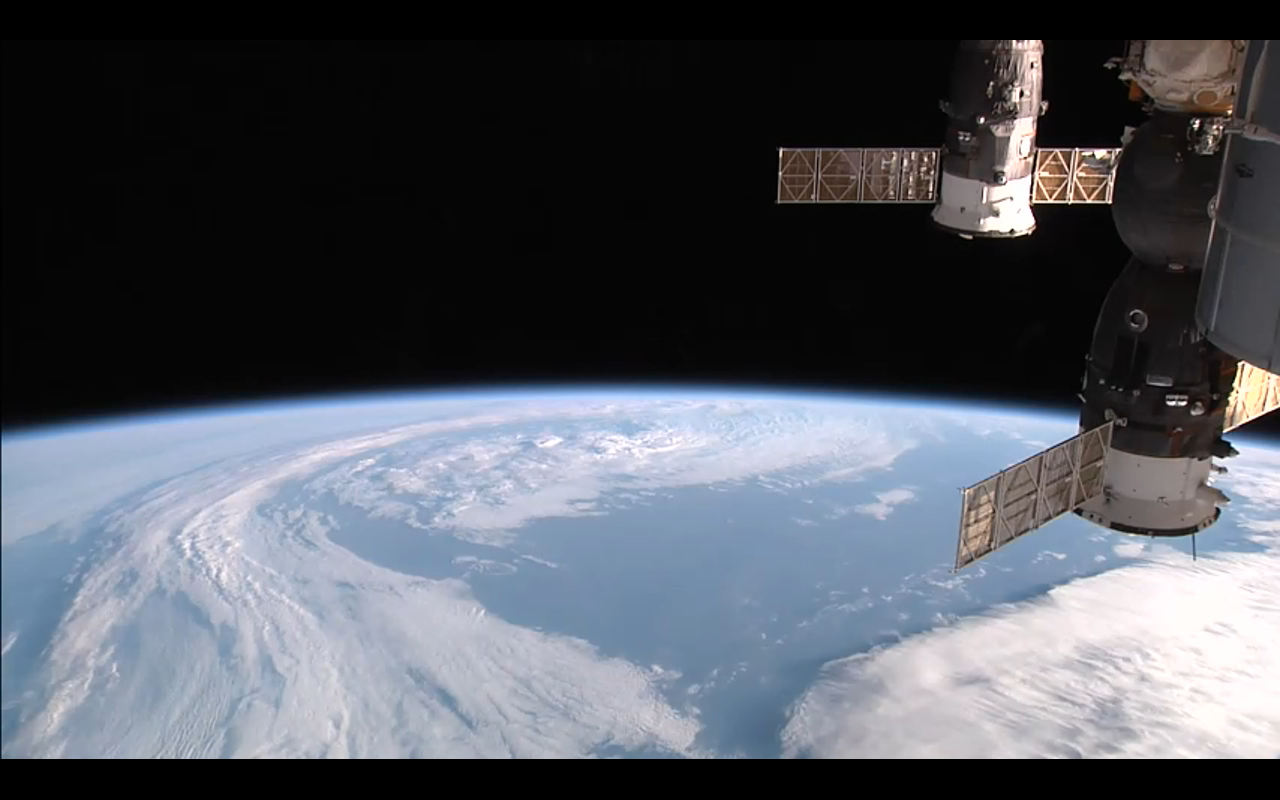 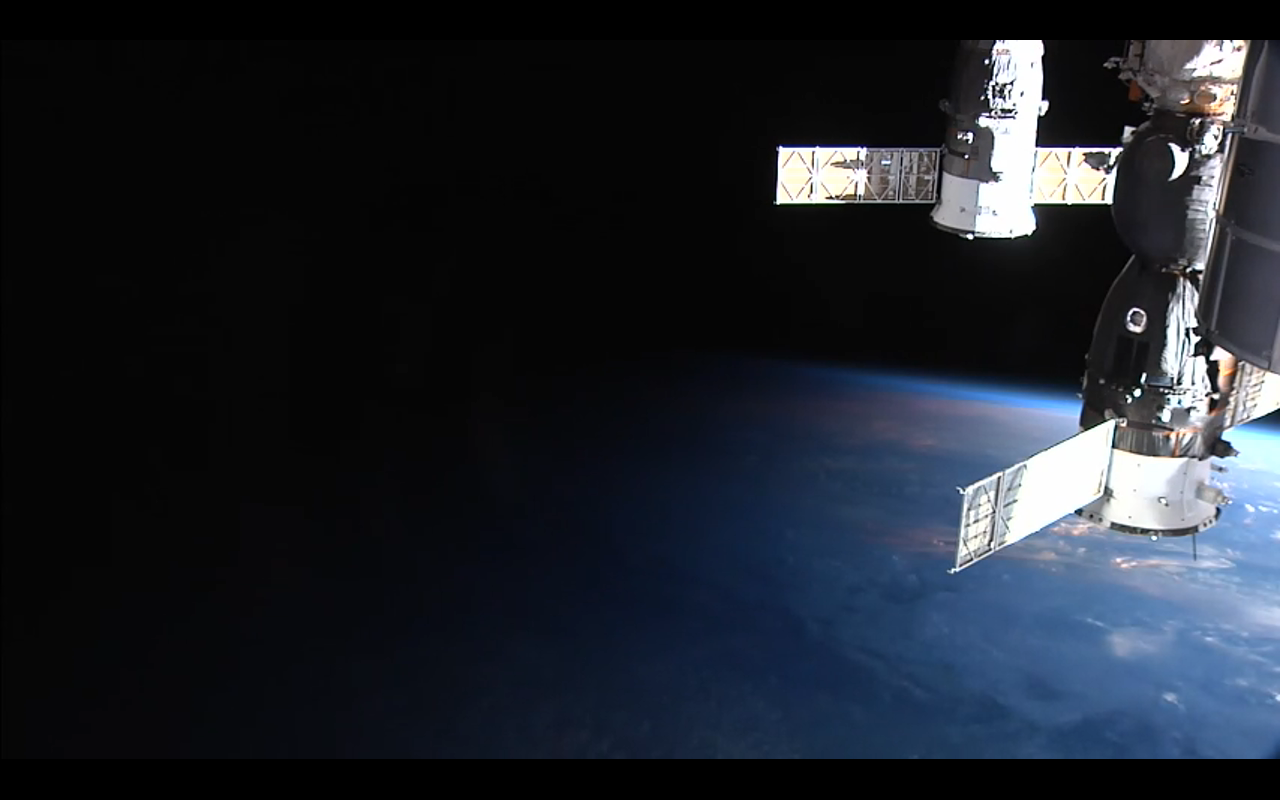 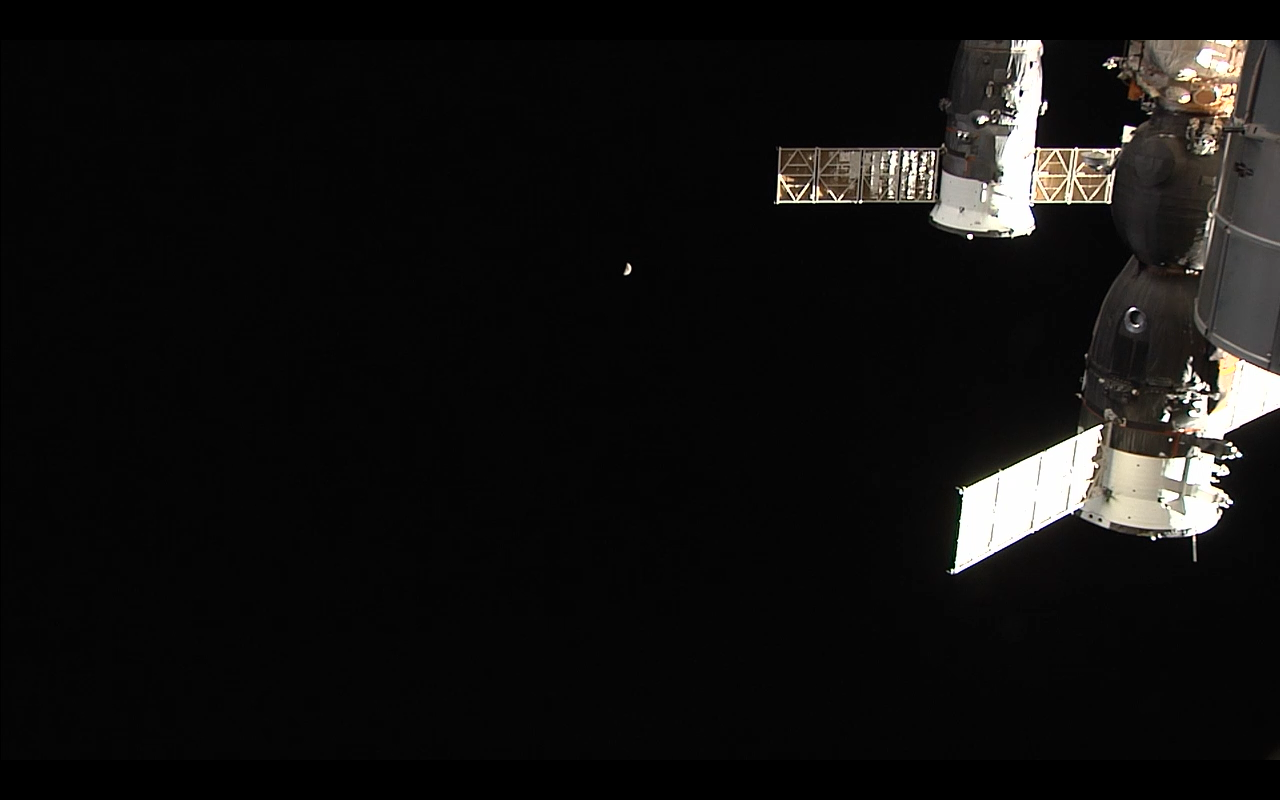 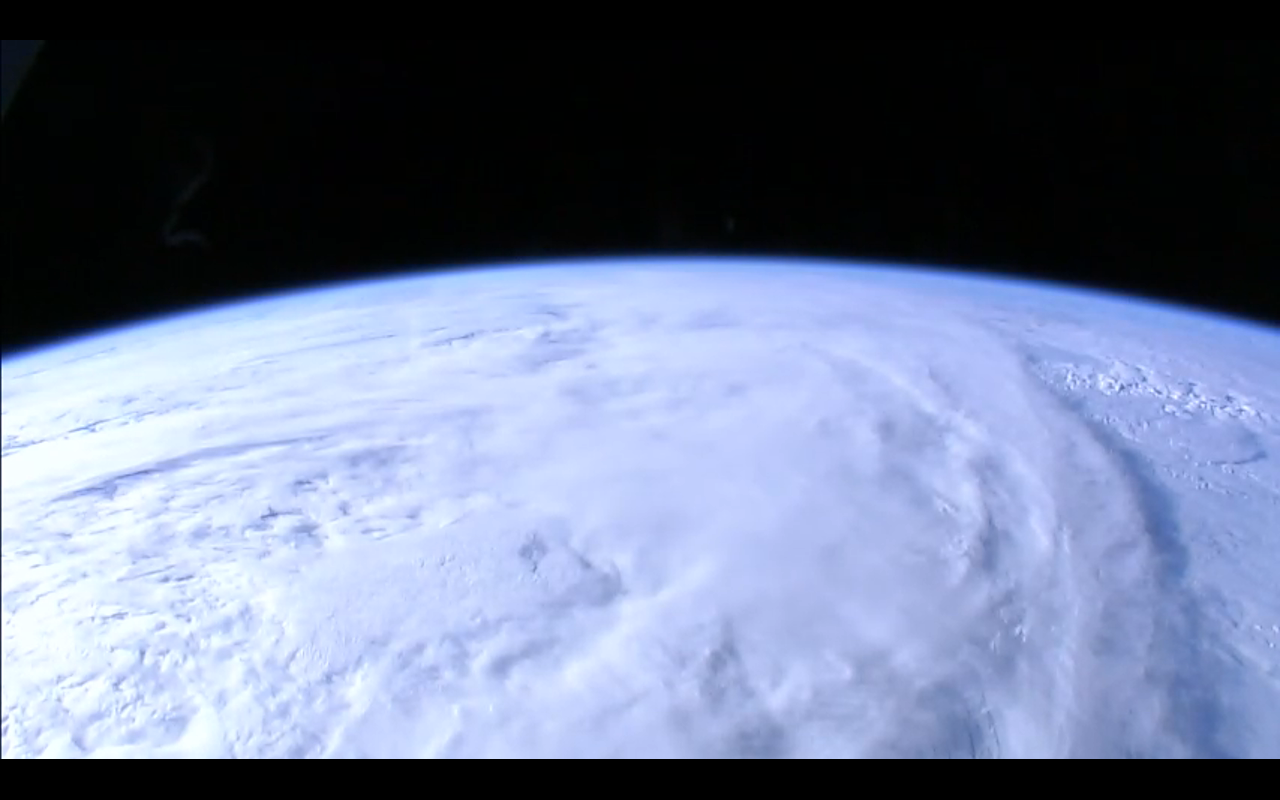 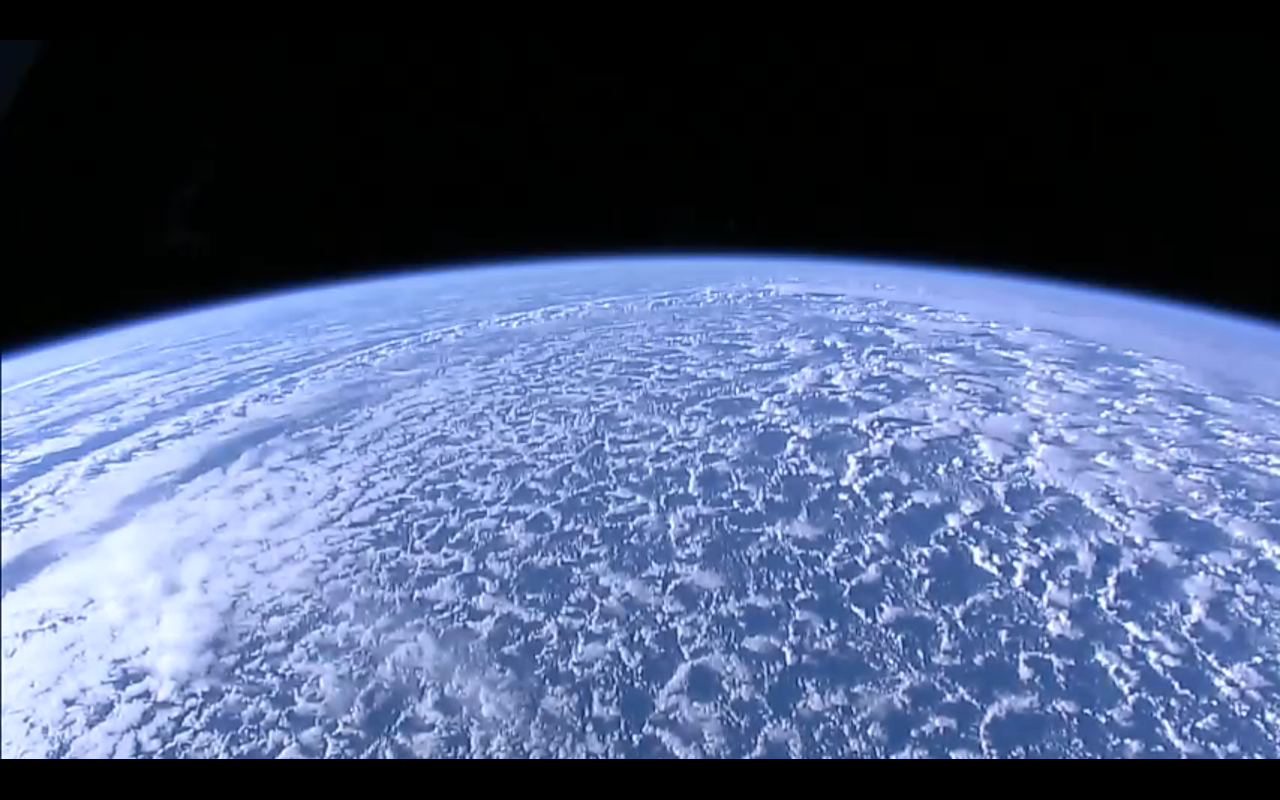 What a beautiful planet we live on.

originally posted by: Agartha
a reply to: RUFFREADY

Very interesting, Ruff!! I'll check it out later on!
Thanks for sharing!


Hi there!! Glad you like it! It is pretty cool. I watched awhile today looking for weird things lol!!

Thanks I have a new addition to my bookmark toolbar. It is coveted space occupied by only the most interesting content of the moment how ever long that moment lasts. This I will likely put up on a separate monitor within my work station area within view to give me some perspective while coding for hours.

Your welcome!! And that sounds really cool (what you said..on separate monitor!) Let us know if you see anything weird!!

posted on Jun, 11 2014 @ 11:21 PM
link
Seems like a waste of time and money to me. I watched for quite a while over the last few weeks and I have yest to see any land, though I did see a very fractal-looking snow pack on the mountains of the west coast of Canada, but that's about it. The cameras have no pan, no zoom, so just looking at clouds and the blue sky (that's not the ocean you are seeing) soon gets boring.
On the other hand, Google have just bought Skybox
skybox.com...
Bit of a difference between what the ISS cameras see and what Skybox can see, though Skybox does state that it is not the definition of the cameras that gives the spectacular images, but the software they use, so the images will not be real time, but with lots of computing power, probably pretty close to real time. They say it is much cheaper to launch these units into Earth orbit, but what about Lunar orbit? It's about time there was a decent camera orbiting the Moon, Mars has HIRISE, the IMAX of space cameras, the Moon gets UV spectroscopy and laser altimeters, but no decent camera.
I'm sure the Google crew could afford to put an orbiting camera up there, will suggest it to them.

...It's about time there was a decent camera orbiting the Moon, Mars has HIRISE, the IMAX of space cameras, the Moon gets UV spectroscopy and laser altimeters, but no decent camera.

The camera on the Lunar Reconnaissance Orbiter (the LROC) has a resolution of about 30 cm per pixel, which means it can resolve rocks that are slightly larger than a basketball.

I'd say that's a decent camera.