Ve hass ways of making you talk, Ya!

posted on Jun, 5 2014 @ 10:58 AM
link
So this morning I'm in my home office writing checks and paying bills when my wife sticks her head in the door and say's.

"Guess what... On the news just now the FBI says they will now video their interrogations just like 'We've' been doing for years!"

Those were her words and you all know me, I just couldn't leave it alone.

"What do you mean --- Like 'We've been doing for years? I didn't know we've been dragging people to the basement and chaining them to the wall--- you whip out your cell phone and start taking pictures while I whip out the car battery and jumper cables!"

"I do know, and now I understand why the girl scouts stopped coming to the house to sell us cookies!"

"But I am being serious Fräulein---Now tell me... who do you work for, who sent you, how much do they know!"

"But I must frisk you for hidden microphones--- Oh and vast is diss?"

"Tell us who iz your contact, Ve have vays of making you talk Da."

Naturally just as things were getting really interesting our daughters barge into to the room,

My wife turns and snarls at our oldest.

"Go back to the living room and watch your cartoons... Or else ve will hass to give zee the rubber hose treatment!"

to which my oldest turns to her baby sis and says,

Anyway, even though it was her idea--- the wife has put her foot down ---and refuses to let me video our 'Interrogations'? Must not want the CIA to find out what's she been doing to pump me for intell and state secrets I guess? Or maybe now that the FBI is doing it--- it's become blasé?

BTW does taking a shower with your wife count as waterboarding?

Yeah she has her own vays of making me talk too!
edit on 5-6-2014 by HardCorps because: (no reason given)

Who knows what else the Liebe Fraulein has been using the basement for , ja?

I'd go check it out.
Make sure all your papers are in order.

Oh no....
The last time I let you down there you kept pressing the 'End Of The World" button until it broke!
and I'm still missing two rocket launchers geez...

You and my husband must be related... your poor poor wife!!

So that's what happened to the button. 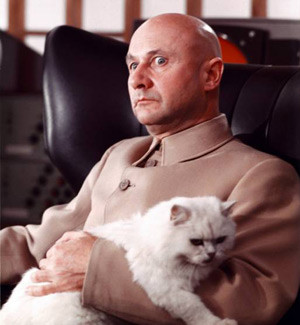 I swear that dude in the vid looks just like my sister-in-law
before she puts on her makeup.