Nobody votes for you? Just change your name and party!

posted on Jun, 3 2014 @ 06:13 AM
link
Do you know Cesar Chavez? being death for 20+ years is not an impediment for him to try to be elected for congress in Arizona. wait what you mean his real name is Scott Fistler

Mexican-American civil rights icon Cesar Chavez died more than 20 years ago, so it would be nigh impossible for him to run for political office at this point. Nonetheless, the late National Farm Workers Association co-founder’s hallowed name is drawing lots of attention on a current Arizona ballot.

Which may be exactly what a 34-year-old former Republican running for the Seventh Congressional District seat, who changed his name to Cesar Chavez from Scott Fistler in 2013, is counting on.

The politician formerly known as Fistler cited “many hardships” as the reason he needed a new moniker, the Arizona Republic found following a probe. But documents published by the Arizona Capitol Times reveal convenient timing in that “Chavez” filed as a Democratic candidate in February, for the seat that will open when Arizona Representative Ed Pastor retires.

Fistler has already tried twice to run for office in the Phoenix area, both unsuccessful. In 2012, he campaigned as a write-in candidate for Pastor’s Seventh Congressional District seat. In 2013, he ran for a seat on the Phoenix City Council.

Hey so if you are republican and nobody cares for you just jump the ship and become democrat, if your name don't sound Mexican enough just change it for one of their heroes, maybe some will be fooled and vote for you.

Whats wrong with these people, does no one have integrity anymore? who would vote for a fake that seems to be looking for his 15 minutes of fame to represent their interest in the congress, its sad no matter how you look it.

So does he stand for Chavez cause, does he cares for Mexicans?

The Seventh Congressional District of Arizona has a large Hispanic population. “People want a name that they can feel comfortable with,” Chavez said in an interview with the Arizona Republic. “If you went out there running for office and your name was Bernie Madoff, you’d probably be screwed.”

Poor fella so many hardships because of his name... I wonder what Tom Gayman thinks of this... 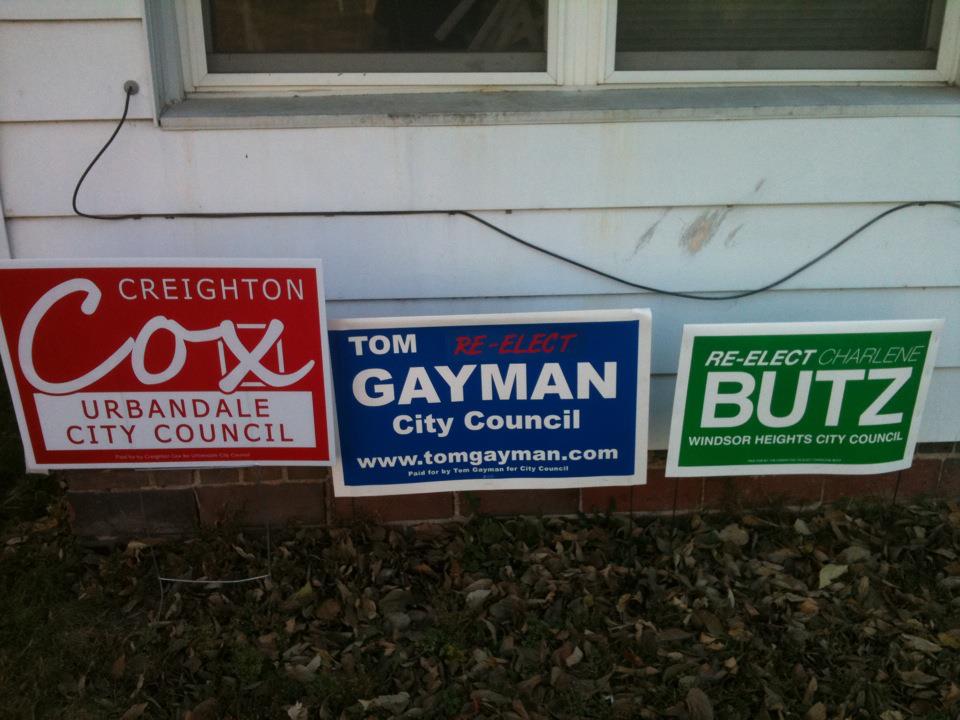 posted on Jun, 3 2014 @ 06:17 AM
link
After the election we will find if the voters are more stupid then the politician.

I don't know for some reason i can imagine many seeing the name and saying wait a minute, isn't that a boxer? yeah we need someone to punch those clowns in Washington he got my vote

posted on Jun, 3 2014 @ 06:23 AM
link
Hey it worked for the heinous monster from the 9th gate of hell known to the world as Hillary Clinton!
edit on America/ChicagoTuesdayAmerica/Chicago06America/Chicago630amTuesday6 by elementalgrove because: (no reason given)

originally posted by: elementalgrove
Hey it worked for the heinous monster from the 9th gate of hell known to the world as Hillary Clinton!


No it didn't work for Hillary because she never changed her name or party she changed states which if way different that what this guy did. Get over the Hillary hate for a moment and try reading the article.

posted on Jun, 3 2014 @ 07:18 AM
link
Ya know indigent, there are just some things that stop the mind. Fisher has proven himself ready for congress to me as the only word I can dredge up with which to label him is unscrupulous. A new low in integrity. If it works,,,,, no, never mind, I don't even want to go there.
edit on 3-6-2014 by TerryMcGuire because: sp

Or their party right before a campaign... *cough-Bloomberg*

Maybe this guy is trying to make a political statement to show what a farce our electoral process can be.

originally posted by: Deny Arrogance
Maybe this guy is trying to make a political statement to show what a farce our electoral process can be.

We should be so lucky. He searching for a way to win since his others efforts lost.

It's all a stupid game that costs us property and liberty.

Oh come now take a joke! Jeez it is not like hilldog is watching! Your defense of her has been noted, she is pleased

To get back on topic though...

This just goes to show how gullible politicians think we are - or maybe even Know we are. If this sticks, and he manages to get elected into office based on what we'll assume was a name and party change - I'm moving to the freakin' Caribbean.

I don't really care THAT much that he took a famous Mexican revolutionaries name to get votes... What I'm more concerned with, is that people are going to buy it. Just like we bought 'It's time for change!' from the first black president; people are going to buy into electing freakin' Caesar Chavez for Congress SIMPLY because they don't know better.

Hindsight being 20/20 - aforementioned presidential candidates birthplace validity was never brought into question until he had the reigns; I bet nobody realizes this guy is white and uncommitted until he is in office...

You've got a point that I won't argue - but I believe the more effective angle of approach is a subjective one... All these folks flip-flopped parties all over the place; but you have to ask yourself - what is a 'political party'? By my recall, the definition of Republicans and Democrats has nearly reversed itself since the inception of the ideas - and far be it for me to suggest that singular people were never intended to 'represent' a 'party'.

A 'party' is an ideology - a cult following in today's society - and once you've grabbed on to one or the other, you're automatically engrossed in whatever that party believes without having actually formed your own opinions. I'm not a Republican or a Democrat, I'm not a Tea-Partyer or a Greenist. I'm a person, with an ideology - and mine does not precisely fit into how Anyone can define Any of the above 'parties'. Representaiton should not be chosen on party, it should be chosen on ideals and more importantly Actions.

If I had it my way - it'd just be a name and a checkbox on the ballot; maybe I don't Care if you're a republican or a democrat - what I care about, is whether or not you're going to do something for my country. It's our responsibility to examine the people that are supposed to be representing us deeper than their party affiliation. Imagine it - Every candidate, with a party label - "Human".