originally posted by: DeadSeraph
I'm not sure why the OP didn't bother to look it up.


I looked it up just fine.


It seems like the OP (a self professed catholic) is getting his or her material from anti-theist sources without fact checking it.

1 - I said I was raised Catholic. I'm not a 'self professed Catholic'. Big difference.
2 - I am not the subject of the thread. The prophecies are.
3 - I'm getting information for a number of reliable sources ... the bible itself, and historical information.


For those of you arguing for the validity of the prophecies fulfillment, it's clearly been fulfilled


MANY people disagree with you on that.


OP I have a question for you: What is your timeline on prophecies being fulfilled?


Christ hasn't returned and it's been 2000 years... Does that mean he won't return in your opinion?


Why would you say that? No one knows when He'll return. Jesus Himself said that's for the Father to know. Therefore ... He'll return when He returns. Who knows ... And that's not the topic. Ezekiel is.

Yes, and the first part happened exactly as predicted, and so did the second part. You keep saying there are people living there, but there aren't. It's under water. Seriously... the ancient city of tyre is not inhabited. There is a new city that exists nearby, but the ancient city of tyre itself, is not inhabited, and was never rebuilt. There is even a fishing village that corresponds to the "place of nets" nearby.

Did you read manna2's link in it's entirety? It explains in detail why your criticisms of this prophecy are in error. I'll repost it again for you incase you missed the link: www.apologeticspress.org...

I sincerely hope you take the time to read it, and come back with any criticisms you might still have after doing so. It's difficult to have a discussion with someone if they aren't willing to look at any material from an opposing point of view.

Neb was stated by ezekiel to be one of the nations.

Ezekiel is going from the general (many peoples) to the specific (Nebuchadnezzar).
There isn't like a list of nations where Babylon is on it.

Ezekiel talked of many nations and it is you that attempts to make it exclusive about neb.

No, Ezekiel just used a phrase, "many peoples", which could be all the various people who Nebuchadnezzar collected to engage in the siege.


Ezekiel began his prophecy by stating that “many nations” would come against Tyre (26:3).

It is making an analogy for how God will send them, as the sea casts up its waves, a powerful surging force.
The plural form for "peoples" serves a rhetorical purpose, to support the analogy, matching the plural form of "waves".
The waves analogy would have been chosen to fit the situation of the city in question, which sat in the sea on islands.

The shift in pronouns is of vast significance, since it shifts the subject of the action from Nebuchadnezzar (he) back to the many nations (they). Till and others fail to see this shift and mistakenly apply the utter destruction of Tyre to the efforts of Nebuchadnezzar.

No, it does not shift the subject to the many nations.
It shifts it from Nebuchadnezzar, the individual responsible for the attack, to the people who are doing the actual attack themselves.

Could you cite where you are getting all of these ideas from?
I suspect that you are getting it from Dispensationalist propaganda, since that theological system is really dependent on the idea of suspending time, and the whole idea of "prophetic time".

Edit to add: looking at the Septuagint version of Ezekiel 26:7, where the NIV translation says "armies", it says, "the very gathering of many nations".
So, when you see "many nations" in Ezekiel 26, just think of that as the description of the army that Nebuchadnezzar brought to bear against Tyre.
edit on 1-6-2014 by jmdewey60 because: (no reason given)

. . . you are claiming Ezekiel's prophecy wasn't fulfilled because the events described in it didn't happen all at once within a certain period of time.

The stated reason for this destruction of Tyre was that they were happy that Jerusalem was destroyed because they saw the Jews' loss as their own gain, that they would have the control of whatever trade Jerusalem had previously held, and Tyre was going to get rich by it.
So this sets up a time-frame for the prophesied punishment for their arrogance, to when Jerusalem lay in ruins and while the power that ruined it was still in the ascendancy.

Christ hasn't returned and it's been 2000 years... Does that mean he won't return in your opinion?

Not as described by Jesus himself, since he put a time limit to it, "within this generation".
If there is another "coming" of Jesus, it would be a hypothetical one that is not described in detail, but would happen if for some reason the universe was about to cease to exist and we had to be gathered up to protect us as we prepare for another one to be created.
But in practical terms, it is never going to happen, it is just an available option in that not-very-likely eventuality.
edit on 1-6-2014 by jmdewey60 because: (no reason given)

The fact is, you left off the first four verses of the prophecy against Tyre, and drew attention to Babylon alone. Whether or not that was intentional, it was misleading. Your op was a fail. You havnt proven anything.

Yes, and the first part happened exactly as predicted, and so did the second part.

The second part of what you just quoted from FlyersFan, but you are ignoring a lot of what is described in Ezekiel 26.

. . . but the ancient city of tyre itself, is not inhabited, and was never rebuilt.

It was, by the Crusaders, and they lived there.
A capture from Google Earth shows that the area where the old city was is now well populated. 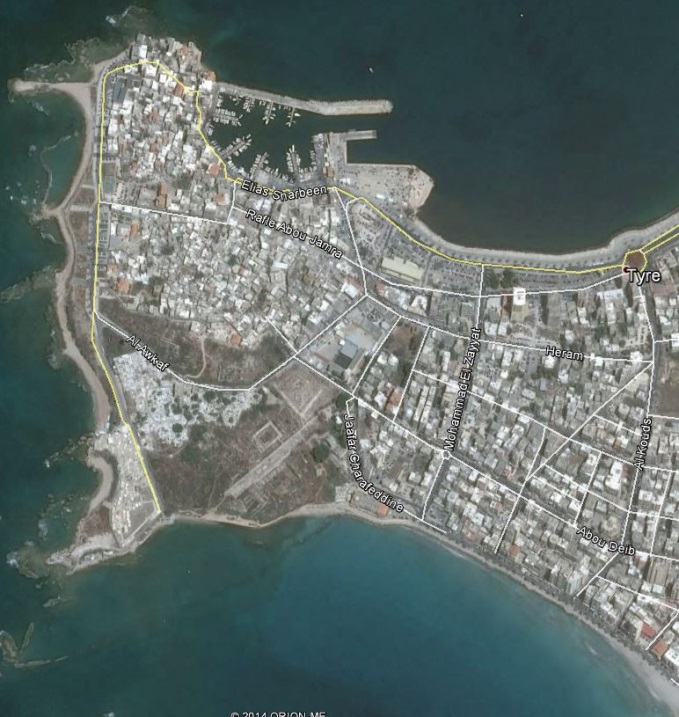 Below is the picture of the same place that is used on the web site that was linked to, Apologetics. 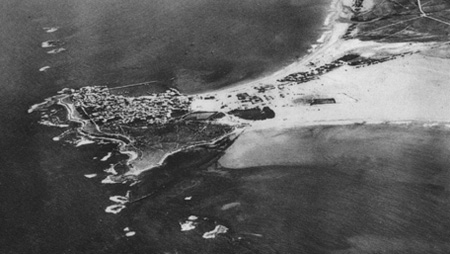 The empty spot in the newer picture is where the south harbor was, that got silted in, so no one ever lived there in the first place.
edit on 1-6-2014 by jmdewey60 because: (no reason given)


originally posted by: ServantOfTheLamb
So i'd say the prophecy definitely didn't fail.


Yes it did. You skipped over this part - I will bring upon Tyrus Nebuchadrezzar king of Babylon. That didn't happen. And Tyre didn't fall until over two hundred years later. And the prophecy says it will be a desolate place. Obviously there are people living there now. There are a few ruins that have been preserved, but it's not a desolate place. So the prophecy fails.

Saddam Hussein's Ba'ath party was founded in Syria. The word Ba'ath means resurrection. And if we are looking at symbolism, it mentions a sea, however, the sea is not just water in symbolism, it can mean people or the desert, as in sand.

Saddam Hussein built a lavish palace in Babylon, with the help of the Ba'ath party. After ten years, the giant palace started to crack under the weight. It was built in the desert on top of the old ancient city, upon the very ruins of the first Nebuchadnezzar's palace.

Saddam Hussein is that person, in my opinion. His palace has definitely been left desolate. And when we say desolate, it could mean without leadership. To be abandoned in those days left someone desolate. Desolate doesn't only mean treeless or without people, it also means to be without support.

At that time it was translated, Lebanon didn't exist as a country, but Syria did.