Absolutely gorgeous. Just another fine reminder of the beauty and power in nature....

Jumping for Joy? Sounding off?


We dive in water for fun, right? To make a splash? And sound off?

The deep blue of the ocean is the reflection of an unpolluted sky. This must have been taken far from the constant stream of airplane by-products to get such clear skies.

Fin whales are regularly encountered on whale watching excursions worldwide. In the Southern California Bight, fin whales are encountered year-round, with the best sightings between November and March. They can even be seen from land (for example, from Point Vicente, Palos Verdes, where they can be seen lunge feeding at the surface only a half mile to a few miles offshore). They are regularly sighted in the summer and fall in the Gulf of St. Lawrence, the Gulf of Maine, the Bay of Fundy, the Bay of Biscay, Strait of Gibraltar the Mediterranean (possibly wintering off coastal southern Italy, Sicily, and off Libya, and may recolonizing out of the Pelagos Sanctuary to other areas such as in Ionian and in Adriatic Sea). In southern Ireland, they are seen from June to February, with peak sightings in November and December. Cruise ships en route to and from the Antarctic Peninsula sometimes encounter fin whales in the Drake Passage. 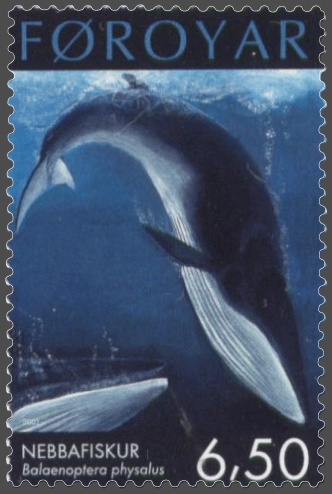 Only a small amount of the sea color is caused by reflected sky, sea is mainly blue because it filters out red wavelengths.

There are a few reasons why the ocean is blue. The best answer is that the ocean is blue because it is mostly water, which is blue in large quantities. When light strikes water, like sunlight, the water filters the light so that red is absorbed and some blue is reflected. Blue also travels further through water than light with longer wavelengths (red, yellow, green) though very little light reaches deeper than 200 meters (656 feet), and no light at all penetrates beyond 2,000 meters