The $30 million, five-year project being announced Tuesday is one of the first pieces of President Obama’s BRAIN initiative, unveiled last year in an attempt to foster a revolution in neuroscience similar to the one that occurred when the human genome was sequenced a little more than a decade ago. A second team at the University of California San Francisco will receive $26 million, also for work on brain implants.

I think the scariest part of this article is the next paragraph:

The research is inspired by a technology already used in tens of thousands of patients: deep brain stimulators that trigger electrical impulses in part of the brain to quell tremors in Parkinson’s disease. But unlike those simple technologies, the new implants will be responsive, including a network of sensors that can read what is happening in the brain and stimulate multiple brain areas if abnormal activity is detected.

Who wouldn't want to help soldiers combat mental illness and PTSD? But I don't think that putting implants in their brains so they can think "right thoughts" is the way to do it.

Now the PTB want to control the minds of the largest group of people in the nation with the training to combat the government forces on equal terms, should that become necessary.

I find this to be chilling....

Not meaning to make lite of mental illness, but maybe it would be best not to send soldiers into situations that cause these mental illness in the first place.
edit on 27-5-2014 by LDragonFire because: (no reason given)

posted on May, 27 2014 @ 08:38 AM
link
a reply to: BomSquad
Will they call them the borg?
If it doesn't help the vets can we put the implants in the doctors and politicians that want to experiment on vets?
Are the VA hospitals going to be doing this, it might be kind of hard to get an appointment there.
It's just hard to trust some of the things they do to people.

Not meaning to make lite of mental illness, but maybe it would be best not to send soldiers into situations that cause these mental illness in the first place. - See more at: www.abovetopsecret.com...

The only way to do that would be to not send them into combat. The human mind is resilient but it is not indestructible. Send anyone into a traumatic, stressful situation such as combat and they could come back with mental illness or PTSD. People get into car accidents and get PTSD. It all depends on the individual. And believe me, once they are done experimenting on our vets with this technology, then the general public will be next on the list...

star for the ren and stimpy

I was gonna say...our government has already done this on-the-sly for awhile now...and when I read the quote here you posted...I was sure its not new-news.

"The research is inspired by a technology already used in tens of thousands of patients deep brain stimulators that trigger electrical impulses in part of the brain to quell tremors in Parkinson’s disease.'

The only unknown to us is how far theyve gone with this from the 1980's-90's to now. They are careful to make an "official announcement" years after they've been doing it in secret. I believe that is always because they are really close to the public finding out anyway...

This must be engineered ...for progressives?!

posted on May, 27 2014 @ 03:10 PM
link
Not to go too far off track here, but it kind of makes you realize how easy it would be for the PTB to create these mass-shooting sprees by triggering these individuals to go on a rampage when they want them to.

posted on May, 27 2014 @ 04:19 PM
link
They say it's to treat illness, but we all know it's just a matter of time before people start getting them for cosmetic reasons... 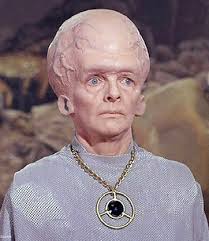 While I have not problem with new technology advances and the eagerness to help soldiers with mental problems, I am skeptical on this one, implants are and never will be one hundred percent successful, as the human body have a way to react in many ways to foreign objects , the brain been the main organ that perform soo many task in our human everyday life will be more susceptible to manipulation side effects.

and also, yeah, let's build brain implants to treat PTSD instead of ya know, fixing the backlogs at the VA's , making sure veterans have places to live when they retrun home and of course the big doosy; let's stop allowing the govt. to sponser and engage in illegal wars overseas where soldiers are maimed physically and mentally over oil profits...
edit on 27-5-2014 by bigdo13 because: added

Quis custodiet ipsos custodes? Who will watch the watchmen?

posted on May, 28 2014 @ 08:40 PM
link
The Matrix already exists. They have already chipped millions of people. I was chipped in the 80's. That's how long they've been doing this. They were listening to my thoughts from when I was a kid.

This is very wrong.

One day the truth will all come out.

posted on May, 28 2014 @ 08:53 PM
link
I try everyday to think positively, and that what's governing us is a "new" regime, and there's been a regime change, as we so like to describe we're doing in the Middle East, and think that new people have inherited the same old, same old, and they're gonna do the right thing, by us common folk, small people, etc, analogies accepted.

But, I'm increasingly having a hard time with this.

Someone, the other day on a thread I wrote, spoke about honor.
I'm having a hard time with that one. Hmmm…..honor. What can we fake about the disgruntled whatever now, type of thing…..

But then, we have all these stories about the VA……


I may be wrong, as always, but Viet Nam comes to mind, and it was going on at the same time the Burroughs Corp. was building the first huge mainframe processor….and I kinda think the q-bits went from there. We've been in a quantum entanglement loop, of some kind, ever since……
Tetra

posted on May, 28 2014 @ 09:51 PM
link
One can only wonder what the undisclosed potential of this project is. All I can really say about it is this:

Suicidal Tendencies - Trip at the Brain

The lyrics very much apply: