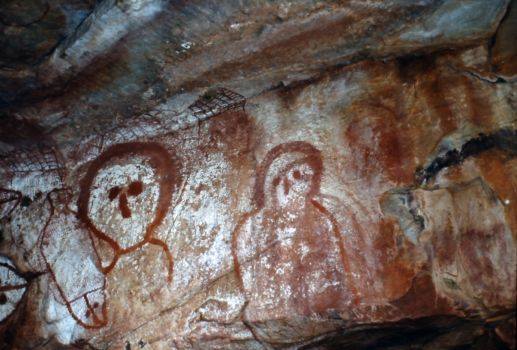 In the intro, Vakoch recounts the event that led to the beginning of SETI: On April 8, 1960, astronomer Frank Drake pointed the 85-ft telescope at the National Radio Astronomy Observatory in West Virginia toward two sun-like stars, looking for the first direct evidence of extraterrestrial intelligence.

In the 54 yrs since then, search methods have grown much more sophisticated but researchers still must cope with the same hurdles. If other civilizations exist, any messages we might receive from them would have taken centuries or millennia to arrive and would be in a form of communication we can't understand, he said.

That's where the work of archaeologists and anthropologists is useful. NASA's new book examines the contributions of archaeology and anthropology to contemporary SETI research. An example from human history - ancient rock art, which is found in many countries. The point was not that rock carvings were made by aliens but that, unless we find a written explanation of them produced at the time they were made, we will never be able to say for sure what they mean.
edit on 26-5-2014 by DEV1L79 because: changed


The point was not that rock carvings were made by aliens but that, unless we find a written explanation of them produced at the time they were made, we will never be able to say for sure what they mean.

I think looking for meaning in rock drawings is pointless. It is like looking at todays graffiti thousands of years in the future, they have local meaning to a group of people "gangs" we would have little ability to find any meaning there.

posted on May, 26 2014 @ 02:04 PM
link
I could honestly care less for the planning part....if they do plan on it, like years past, then I look forward to hearing it. Until then, too much planning and not enough doing...there go your partial tax/spending dollars....more funding will be needed for more planning projects HAHAHAH

Well if this is true then is certainly point's to the possability that at least one or more of the involved scientist's took the ancient alien idea seriously.
I wonder what he/they knew the sceptic's here and most of NASA does not or if it is an essential interpretation matter which stems from simply a valid difference of opinion, maybe they were simply hedging all bet's just in case.
Intriguing.

I was going to create a thread similar to this, but time got away from me and I lost a good day laid up in bed. So I was quite glad to see that someone else picked up on this story.

I first came across this story on the HuffPost Tech area of the website here .

With this as a suspected impression possibly created by aliens. *que spooky music* 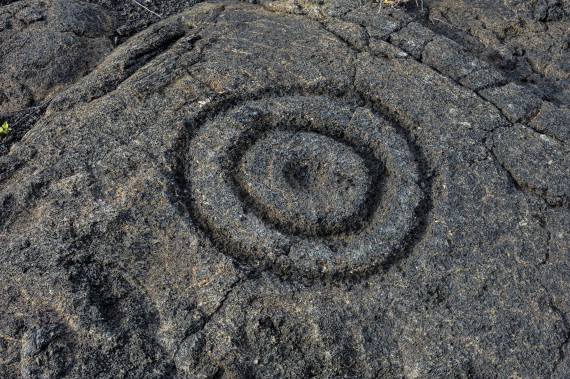 The section relating to the markings, however, isn't quite as dramatic as you might think - which is why the pronouncement has not made international headlines around the world. Nasa isn't saying the markings were made by aliens, but that it might be useful to assume they are in order to reframe the way we go about looking for signals from other worlds, and how we attempt to make contact.

The symbol in the above picture reminds me of the astrological symbol for sun, which was also associated with the Egyptian Sun God, RA. Later to be converted to St. John the Baptist and St. John the Evangelist, whose celebration's fall on the Winter and Summer Solstices. However, there is one circle with a point within it. Not two circles as shown above. The one circle with a point within it is also often associated with Gold also.

I just wonder... what is it they are attempting to be accomplished with this steady propaganda we are not alone? With now Nasa itself, hypothesizing we may have been visited in ancient days gone by. What is the agenda going on here?

Was this book officially sanctioned by NASA?

originally posted by: 300RYA
Is it true that they removed the book from the NASA site?

Was this book officially sanctioned by NASA?

No, it wasn't 'sanctioned' by NASA, no it doesn't say what the OP title says -

It's a short thread, one page, but if you see the actual quote within it you will see what is actually said - see the post by Rob48.

posted on May, 26 2014 @ 09:33 PM
link
I have long believed that meaning in rock art and other ancient drawings or carvings can easily be misinterpreted. However, I have seen some pieces that seem difficult to explain away. I am not convinced that aliens are visiting earth, but I cannot dismiss the probably hundreds of thousands of sighting reports across the globe. People are seeing things that do not seem to obey our physical laws. That is the bottom line.

This is just so you know where I stand before getting in to the following...NASA, who is under the control of the Department of Defense by the way and NOT a civilian or scientific organization in the true sense, could easily have a public face and a private, unseen face. Sort of like how people claim Project Blue Book was a project meant for the public, and was meant to draw a certain conclusion, this NASA endeavour could be propaganda of a similar nature. I am not saying it is, rather I am just stating it is a possibility.

Look at it this way: if you worked for the DoD and you were tasked with misleading the public regarding the existence of ET's on earth, how would you do it? Personally I would wish to make the people think I was on their side, that I was abiding by their wishes and looking in to the subject. I would want them to think "these guys are on my side, and are trying to get to the bottom of things just like I am." Remember however that this is not evidence for or against anything. It is just a possibility.

And if my organization was constantly accused of covering things up, I would attempt to allay those suspicions and fears very publicly. At the very least it is something to think about, and I do not see how someone can say this is not a possibility. It could be occurring.

Exactly where in the book does it state :

plan to communicate with aliens aided by ancient rock art.

posted on May, 26 2014 @ 10:31 PM
link
A communication signal from an alien civilization would be just as hard to interpret as prehistoric rock paintings are.
No # NASA.


The point was not that rock carvings were made by aliens but that, unless we find a written explanation of them produced at the time they were made, we will never be able to say for sure what they mean.

I think looking for meaning in rock drawings is pointless. It is like looking at todays graffiti thousands of years in the future, they have local meaning to a group of people "gangs" we would have little ability to find any meaning there.


what? Juny234 doesn't mean anything? How about Lester1?