posted on May, 26 2014 @ 11:14 AM
link
a reply to: BigfootNZ
www.youtube.com...
I saw this object a month before I recorded it and it is the reason why I started carrying my camera with me everywhere I went. I think this is one of those types of things that can change shape, give off light/colors and emit directional sound and mimic today's aircraft. I captured it during the day. The first time I saw it it was moving steady from north to south and the second time was moving steady from west to east late afternoon so the direction of the sunlight is important when analyzing the object. someone commented on one of my videos that she'd seen the exact same type of craft.

Posting so I can come back later. Nice work! S&F. 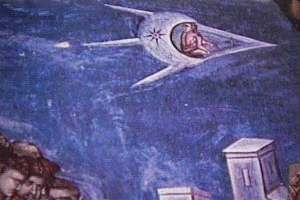 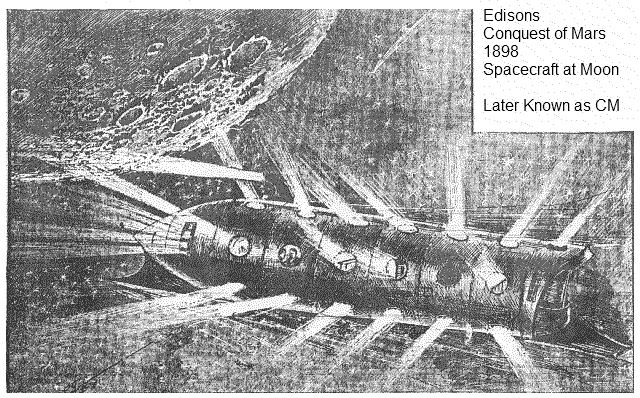 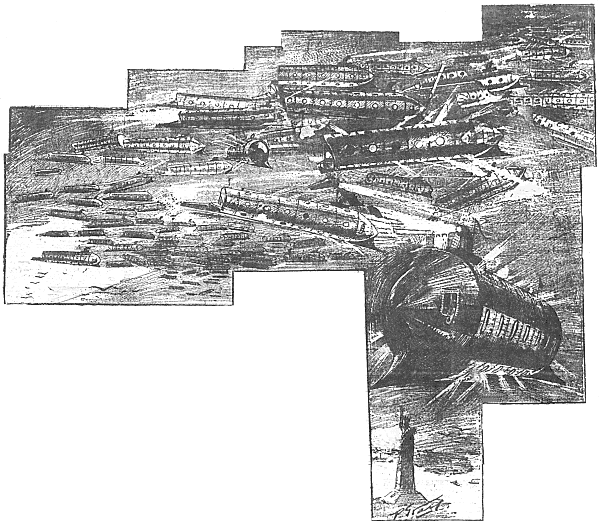 Finding article's in the late 19th Century like this .. is where The Question Lies !!

Ruled out of being a Balloon or Blimp !

(( Far Too Large & Bright to be a Electrical Street Light )) ahh seeing this is the late 19th Century.

To MY EYE Appear's 6 inch in Diameter ?? if he was referring to looking in the Sky and taking his hands out and Cupping the Object with his hands that is in the Sky .. more likley so for a measurement, the same Concept if you were to go outside at night and putting yours hands around the Moon ( Visually ) 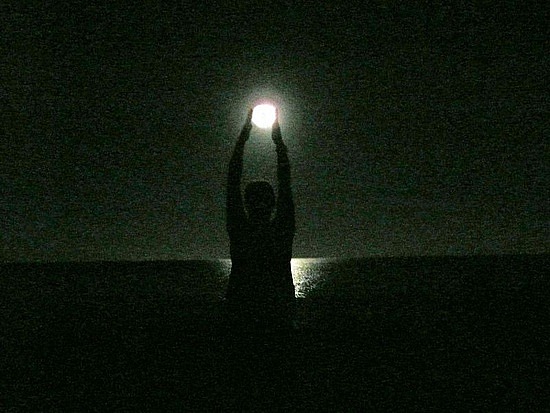 Moves Rapidly or a slow Crawl ?? moves in wave pattern?

((( It Wavered and Swerved rising and falling ? Slightly ))) This Sounds like the Famed UFO Zig Zag Movement that So Many Reported!! through out the 20th Century


Or yes the AIR FORCE and NAVY

posted on May, 26 2014 @ 03:26 PM
link
Whenever the airship topic pops up, I like to add this link to some information about
THE SONORA AERO CLUB,
which is a possible historical/possible fictional group of airship designers and pilots ripping with loads of derring-do and aeronautical adventures at about the right time in history.

The Rev B Cozens, chaplain to the Port Melbourne Seamen's Mission, came last night into "the Argus' office, and made the following statement about beautiful lights floating on Saturday night over the Dandenong Ranges.

"I had been staying for the week end at Kangaroo Ground, near Eltham, on a farm in which I have an interest," he said. ' The house is situated on a ridge and commands a splendid view of Dandenong and, on the other side, of the Dividing Range. At 10 0 o'clock on Saturday night my wife and I saw two beautiful revolving lights high up in the air above the Dandenong Range.These lights whirled like the propellers of ships slowed down dipped, and rose again, as if they were beating up in a zig-zag course against the wind.They were about six. miles apart, and about half a mile in the air over the top of the range. They changed from white to red and then to blue, as if they were revolving beacons with three-coloured slides

So as to have some confirmation of what I thought even then might have been an optical illusion. I called out a neighbour, Mr J Swain and his two sons. Mr Swain is a monumental mason and carries on business at the corner of Latrobe and Exhibition streets.

We watched the lights from 10 till 12. One of them had almost moved out of sight over the back of the Divide by that time and the other was working towards the same place. I rose at 2 o'clock and saw the second nearly over the range and five more very dim in the distance driving up in the track of the ones we had seen.

They were very faint indeed and very far away. They seemed to be coming from the lakes along the coast. The second followed the track of the first. The whole impression of their movements was that of machinery. After 2 o'clock I saw no more of them. None of the neighbours except Mr. Swain and his sons seem to have seen them. Thev were probably indoors, as the night was cold'


If people are really interested then I'll see what else can be tracked down on this topic.

posted on May, 26 2014 @ 03:41 PM
link
I'm having trouble finding info about M.S. Cross. He doesn't seem to be on the previous Dean's list for UofP...can you provide a link confirming he existed and his credentials?

posted on May, 26 2014 @ 03:45 PM
link
Maybe I missed it but what is the new twist and perspective? You linked to 120 year old newspaper articles. I'm not being snarky, I too like reading these old accounts, but I was expecting something new.
a reply to: jeep3r

Thanks for sharing that. When you stabilize the image, like you have, is context lost? Without stabilization is there something in the frame that is lost on the stabilized version? I ask because, to me, it looks like four or five balloons tied together, drifting along.

posted on May, 26 2014 @ 07:09 PM
link
The 5th pic in the first post is very similar to a UFO I saw in the Texas hill country. It had three bright lights that were flashing between red, blue, and an amber white when hovering. It had a bobbing motion similar to a cork on water. Has anyone else here seen this? It was not a balloon with someone flashing colored glass in front of lights. When it flew, at seemingly impossible speed, it was a ball of white light. When landed it appeared to be a 2 dimensional triangle that glowed orange like a cigarette cherry. 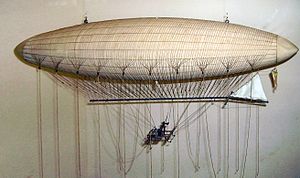 If it was unidentified, they may have tried to find something in their own experience which might explain it. It's interesting how we try to label these unknowns using current human technology.

There are still sighting of cigar shaped UFOs. This one was from only a couple of months ago:

I've seen the big cigar. The one I witnessed was different in proportion...thicker...and had lights on each end. I thought it was a plane going down until I got close and saw that it didn't have wings. Whatever they are, they do exist. If it's some sort of hoax, then whoever is doing it, I give you cheers. Good job.
edit on 26-5-2014 by skunkape23 because: drunken typo
edit on 26-5-2014 by skunkape23 because: (no reason given)

I have a whole series of videos trying to get a better look and have asked for professional analysis but nobody was interested. It's a whole different story when you see it on a 50" plasma. Doesn't matter if anybody else cares I know it is not anything conventional. If you are interested you can start with the original www.youtube.com... or download the file and watch on a larger screen.


I think this is one of those types of things that can change shape, give off light/colors and emit directional sound and mimic today's aircraft.


I've observed this ability to morph into more conventional appearing craft. I saw one that appeared to be a large black Christian cross wrapped in Christmas lights become a plane with a propeller. I've also seen an object that looked like a glowing yo-yo turn into a small plane wrapped in Christmas lights. I cannot even begin to imagine what sort of technology is involved. After they morphed, they both also began emitting the sound of an engine.

But I would think most of the descriptions are of Airships and stars.

Particularly when the witness sees...2 men in fur coats, standing in a gondola below the strange ship.

Or...the light was bright and lickering, just like our arc lights......So, sounds like an arc light to me, on an airship.

Or...The light changed from red to blue and back again, flickering away.....Sounds like an observation of a Bright star scintillating through the atmosphere.

This is nothing new (and they knew less back then)...we still have people who swear a flickering star is a UFO, they even post videos of it.
We have even had experienced pilots make evasive collision action, because they think Venus is about to crash into them. All been documented.
And this is in the 21st century!! .

Imagine what people of the 1800s would make of Satellites and Jet aircraft or helicopters.

The main UFO flap started when we gave off interstellar signals to "Those" that were curious........

When we ignited Atom bombs...probably easily detected from space, or Our inner Earth.

I had an identical experience where a silent red light turned into a small plane and then the engine was heard. This was at night in an area that planes do not normally fly and where I have had other experiences.

Whilst I may be pre-disposed to be open to an experience I am a pretty pragmatic person and I cannot reconcile what I saw to be an initial mis-identification of a plane.

Did you see them

www.unknowncountry.com...
edit on 27-5-2014 by Did you see them because: missing location

originally posted by: raymundoko
I'm having trouble finding info about M.S. Cross. He doesn't seem to be on the previous Dean's list for UofP...can you provide a link confirming he existed and his credentials?

Since I'm the OP I think it's my duty to look into this, which I will of course do.

It may take some time to retrieve more information on him and his career but I'll get back to this thread (and your post) as soon as I found something substantial that's worth sharing ...

Actually they probably knew a deal more back then, certainly in terms of distinguishing between anomalous aerial lights and stars.

I think man-made airship as a source for these sightings is one of the least logical solutions. Not only would it have to have been ahead of its time technologically but also to have flown and navigated at night and to carry a power source for lights. Note that whilst arc lights were available high power searchlights were not.

Some of the reports may well have been sensationalized or simply made up to try and bring notoriety or trade to a specific town but it's clear that something was being seen in the air and being described by the terminology of the day. 2 men in fur coats standing in a gondola below a strange ship is really just a description of a high strangeness experience where the detail could be all together different.

Not to forget that these supposed airships were also capable of inter-continental travel according to similar reports from around the world.

originally posted by: lindalinda
Maybe I missed it but what is the new twist and perspective? You linked to 120 year old newspaper articles. I'm not being snarky, I too like reading these old accounts, but I was expecting something new.
a reply to: jeep3r

The new twist and perspective is that the accounts and reports are much more reminiscent of UFO reports than I previously thought, especially when looking at the details of what people reported back then. In particular, I've been looking at the following aspects:

- the motion of the reported aerial visitors does not correspond to that of lighter-than-air vehicles (eg. ballons or semi-rigid blimps)

- we have reports of very bright lights (!) with changing colors during flight that match up with later UFO reports from the 1950s to present

The above is my personal view but I hope this brief summary is helpful for you to see what I'm getting at ...
edit on 27-5-2014 by jeep3r because: text