Buzzed by DHS helicopter this morning (with pictures!)

page: 1
18
<<   2 >>
log in
join
share:
cmdrkeenkid
+2 more
posted on May, 21 2014 @ 12:15 PM
link
Around 11am this morning we started getting buzzed by a chopper, so I poked my head out to take a look. Saw what it was, and ran back inside to grab the camera. Here are gif and some stills of what was overhead. It did a few circles that took it right overhead, as you can see in the gif, and then a few just to the north of us. It was overhead for about thirty minutes.

The only real conspiracy about this is that after I called the local police department and spoke with someone who gave a spot on Sargent Schultz, the chopper flew away. But I think that's more chance than anything else. Here is a link to the registry information for anyone interested. 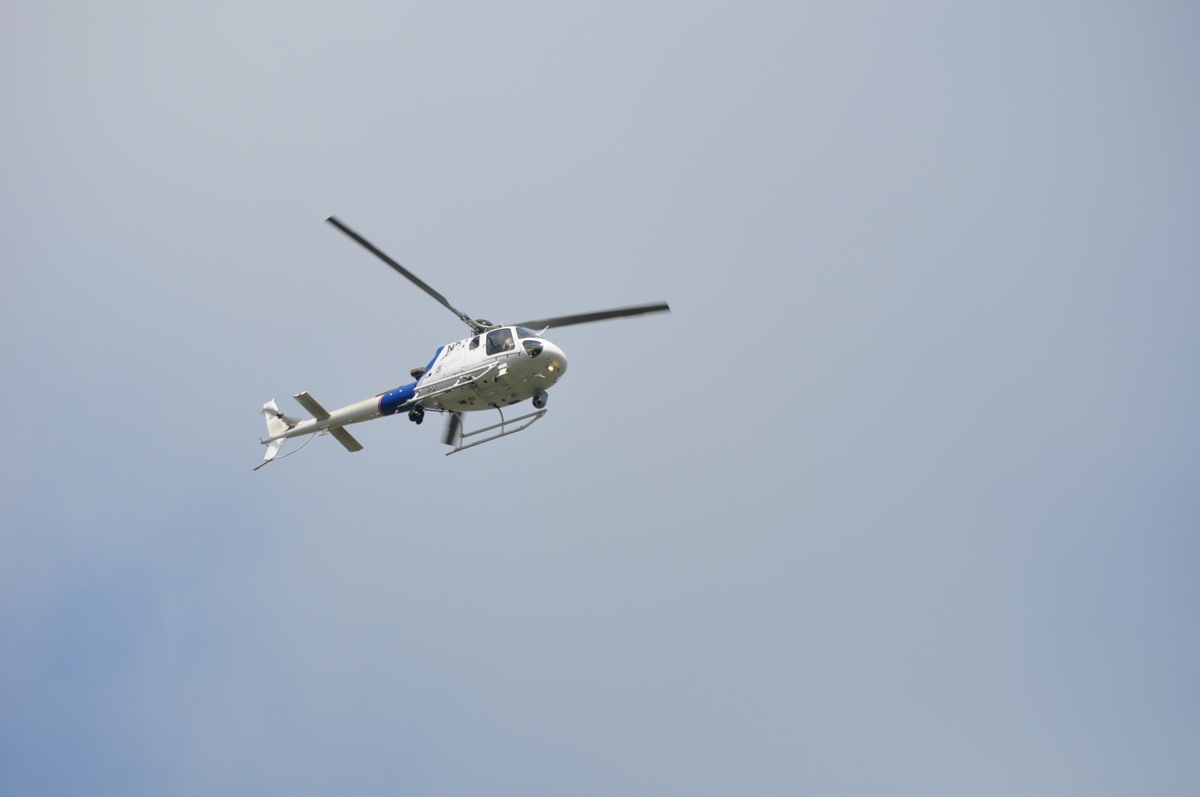 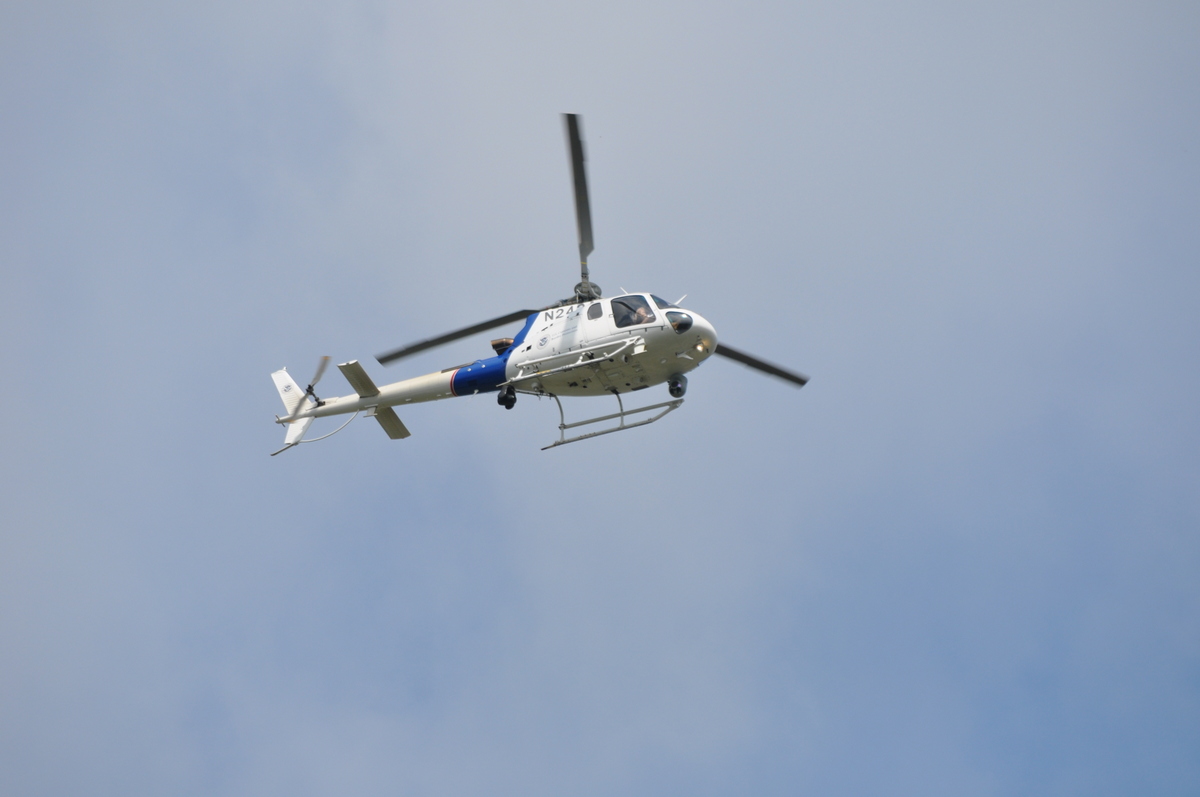 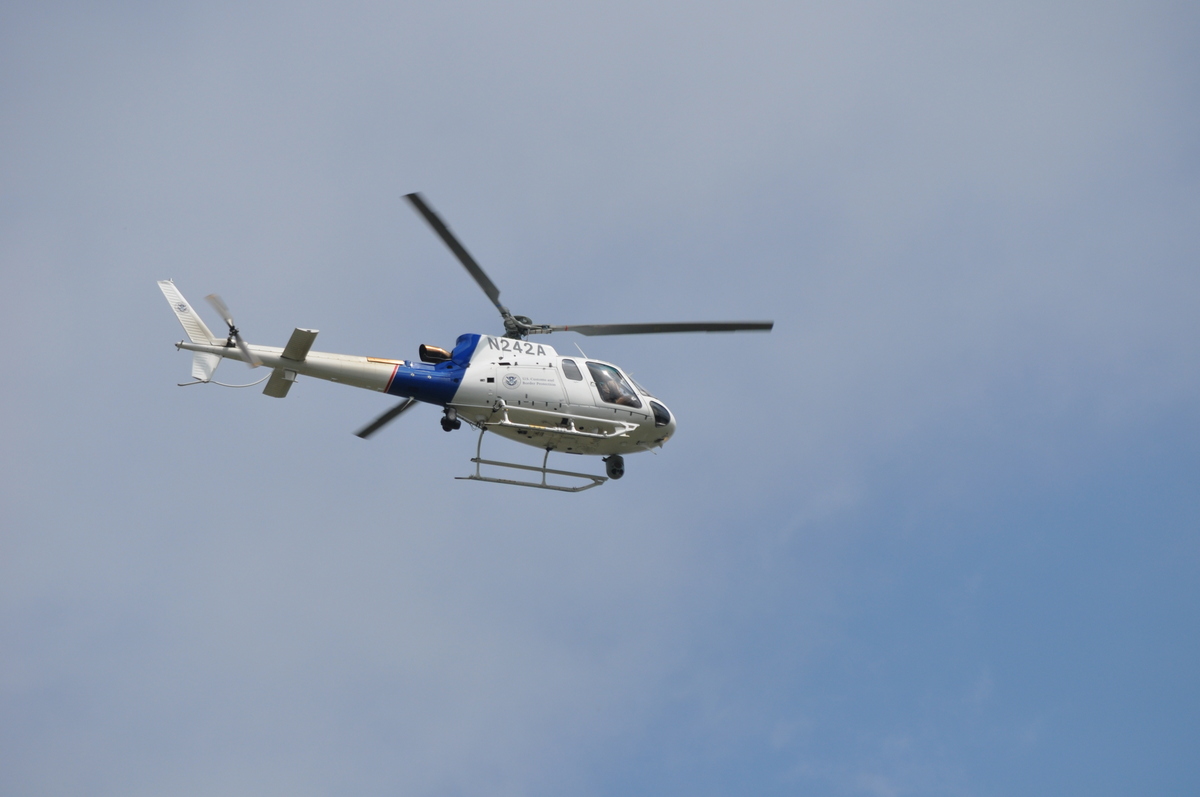 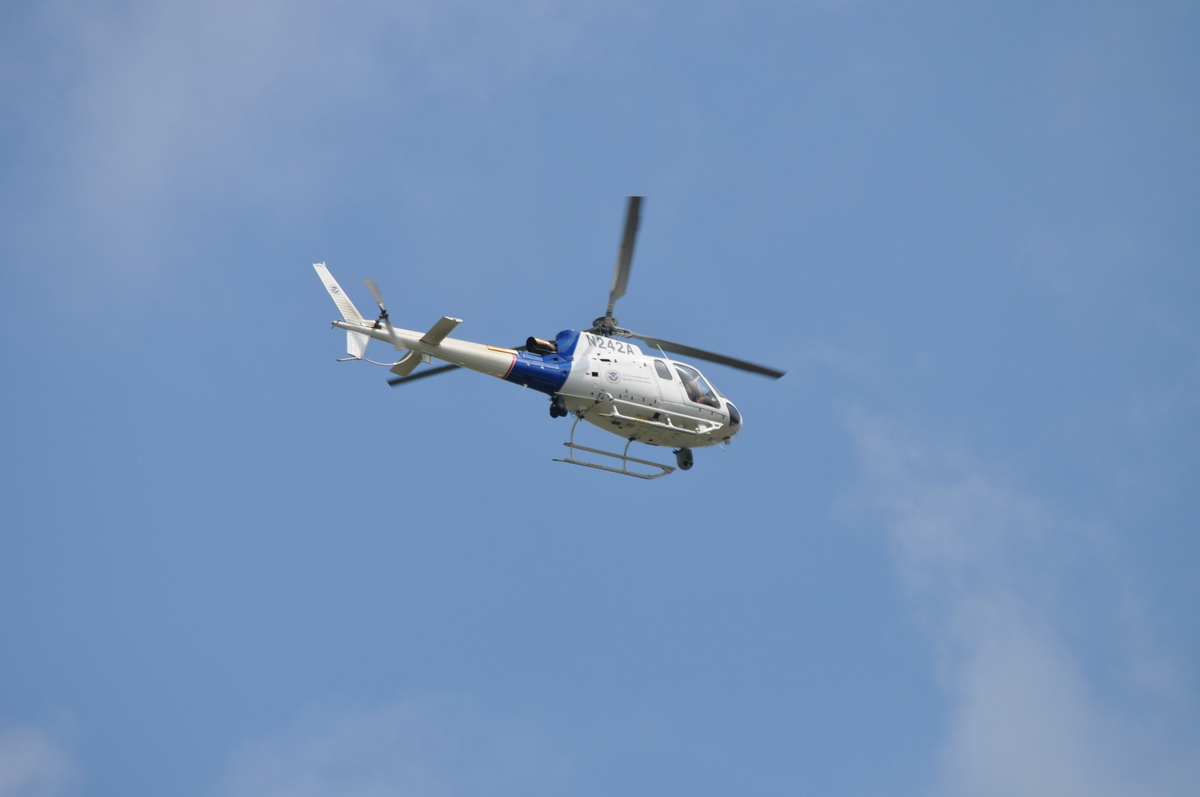 posted on May, 21 2014 @ 12:23 PM
link
Sure wish I could say I am mature enough to not have stood there the entire time giving them the middle finger salute.

SnF for being the bigger person.

N Number N242A is Registered to a Government

Based on your location near the Canadian border, can we assume it was possibly flying in the area for "border patrol" duties?

posted on May, 21 2014 @ 12:29 PM
link
a reply to: cmdrkeenkid
Do you fall under the heading of 'domestic terrorist' under the DHS definition?

Stupid question, I guess... everyone falls under that heading.

posted on May, 21 2014 @ 12:33 PM
link
If they weren't there for some suspicious activity nearby, and they were there to take a look at your property... You must have done something to get that level of attention... Any ideas what?

I have vehicles with government plates following me all the time now. Today there was one that was different... Tan suburban, US governments plate, unmarked, first letters on the plate VA followed by numbers... Odd. But maybe I'm just paranoid.

Not sure what they were doing but the ball optic turret never moved as it flew past. In all the shots it was aimed straight to the starboard side. The spot light also stayed stationary.

I live one block from my city's city hall and I see county Sharif dept. and other PD helicopters fly circles over my house all the time. They sometimes land st the city hall doing routine training of some kind.

posted on May, 21 2014 @ 12:58 PM
link
Looks like an Astar AS350. I worked for Aerospatiale for a few years in the 90s right about the time it was acquired by MBB and became Eurocopter or American Eurocopter if you worked at the Grand Prairie Texas plant (I did).

What's in your garden ?

Just kidding....it is unnerving but probably nothing you did.

Eh, they're just doing their jobs. I wasn't too worried about it, just thought it was neat. A couple of the passes were low enough to have the downwash move the treetops.

We're about 12 miles from the border. Nearer to it than most, but not where anything too excited happens. We do have a lot of drug crime, so it could be possible along that front. My guess is that it was just training, as we didn't see or hear any ground vehicles in the area.

Oh, I'm not worried about them looking at me. Nothing to hide here. And no, the camera doesn't appear to have moved in any of the shots. Our property is in the middle of a suburb, with a park near by. They could have just driven by a lot easier if they wanted to take a look.

Good luck with your situation though!

I wish everyone took as good pictures as you, then we could be sure if a bird is a UFO or a UFO is a bird or whatever!

The trick is to not use a cell phone.

We see this daily here in Michigan....

I've lived in the Detroit area, well within 25 miles of the border, for almost thirty years now. Now, I don't doubt that there is a lot of cooperation between both sides of the border, but I do find your statements that Canada can ingress 25 miles over sovereign United States territory for patrols and that we can do the same into Canadian territory highly doubtful. I can say that I have never seen a Canadian aircraft performing a patrol over the United States. Not to say that it hasn't happened, because I'm sure it has, albeit with permission from lots of higher ups. It couldn't be something that happens regularly.

As I said prior, where we live, in Inkster, has a lot of drug related crime. If this wasn't some sort of training operation (which is what I'm leaning towards), my guess is that it would have been related to that. Police, news, and Survival Flight helicopters are not uncommon for me to have seen. However, a DHS owned helicopter is something new for around here.

But either way, this definitely wasn't a Canadian aircraft.

Eh, they're just doing their jobs..

Yes, Homeland Security depends on neighborhood flyovers in American cities and monitoring of private American citizens. We learned this when 9/11 created the agency in response to the 19 Americans who hijacked the planes and committed the acts of terror.

I'm slightly less accepting than you are of this crap.

Inkster?! Sir...Im your across Gully in West Dearborn near Crowley Park. Aside from that...maybe you remember a few years back where 2 Border Patrol agents shot a killed a couple guys robbing a store in a S.W.Detroit neighborhood? The talk was how could they have the rights to do that...and it was said that have authority (how much, dont know) to within 25 miles of the borders. Say like Willow Run and Ann Arbor back toward the river.

Thanks for your opinion! However, I'd like to remind you that the evil government forces are in fact people too. And that's how I prefer to think about them. This was also the first time I've seen anything like this. When it becomes a regular thing, maybe I'll get to your level of paranoia.

And, as it was pointed out, neither the camera nor the spotlight were in motion. They were just orbiting and not necessarily looking at or for anyone or anything or doing anything sinister. The fact that the local police department had nothing to say was not surprising to me either. Inkster has had several cuts and layoffs recently and the force as a whole is incompetent.

However, even if it were for training, we are within the Class B airspace of DTW. We're only about 4.25 miles from the airport. So they had to have had clearance for the flight, which also took place during one of the slower periods of the day for the airport.