I would agree that "one of his claims is probably true".

I read about this yesterday. Apparently he was carrying a cross (?) and brandishing a machete (though your source says it was a sword) while locked in combat with a woman's BMW. He later stated that he was tripping on acid.

Konrad Bass, 30, ran towards the woman's red BMW in the middle of a traffic intersection on 13 May, stabbing the car several times. The woman called the police and said that a "pirate" was attacking her.

Bass disagreed, telling the police that he was a "high elf engaged in battle with the evil Morgoth".

I don't know what's more hilarious, that he was claiming to be a "high elf" (the high part was certainly true) or that the woman said she was being attacked by a "pirate?" 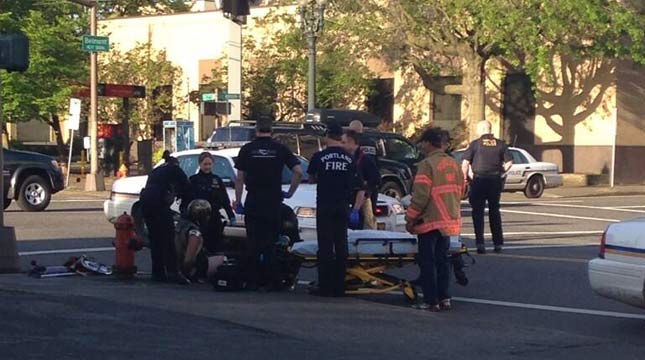 Also, rereading that article, it seems he was carrying a cross, not a shield as I'd said earlier. Look at this picture, how in the world did this woman conclude he was a pirate? Were pirates ever known to wear helmets?
edit on 2014-5-21 by theantediluvian because: (no reason given)

I was just about to make a light-hearted post admonishing those cosplayers who don't use GPS. "This is not the con you are looking for, Legolas..."
edit on 21-5-2014 by AfterInfinity because: (no reason given)

I don't know what's more hilarious, that he was claiming to be a "high elf" (the high part was certainly true) or that the woman said she was being attacked by a "pirate?"


It is funny.
The poor lady probably thought someone slipped her some acid when she saw him stabbing her car.

originally posted by: Brotherman
Shes lucky he didn't call the police and say he was being attacked by a demon possessing a red bmw jk


Oh, the cops probably would have shot her in her car 377 times.
Imagine how scared they would have been!

When it comes to police and demons, I can only imagine, sometimes you need to send an elf to do the cops/ clergy job ya know, its not easy being an elf. Apparently the +5 dexterity, +4 intelligence, +7 courage potion is hard to come by these days this elf used his wisely for sure

This should spawn a movement called "LARP for Life" with the aim of clearing demons from society
edit on 21-5-2014 by Brotherman because: (no reason given) 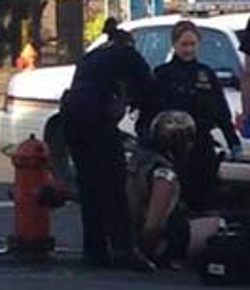 That's just fine Portland, we'll see how you like it when your streets are over run with orcs.

posted on May, 21 2014 @ 01:20 PM
link
They shut down project ELF here in the Upper Peninsula a while back after starting HAARP. Sounds like the moved the ELF project somewhere else.

Where does a person get a chain mail vest? I'm sure that the drugs only accentuated his craziness, he already had the sword and vest.

I would have to disagree, i think his dex/agi is way to low otherwise he would of got away... Besides this guy is a noob.... Why did he not summon/use his mount? Where is his bow? Or wand at that, elves are usually rangers or casters.... Psh, this guy needs to keep leveling up before encountering a boss's with a red bmw, or atleast toss up a LFP(looking for party) message to get a decent group going... Solo can be tough!!!

He thought the lady in the BMW was an Elite, just try'na nab some extra XP while he was still buffed on Acid.

No wonder! So maybe he wasent a noob after all.... Touche Mr.High-Elf, well played...

Ive never played an rpg where elves wore backpacks they can pull bows out of their ass, you can disagree with me all you want but don't make me reference every game using elves going from nes to modern times when bows and items seem to appear from asses :O Star btw made me laugh a bit
edit on 21-5-2014 by Brotherman because: (no reason given)