"We don't make the laws, we only enforce them"

There is no shortage of bills supported that arent just about crime either. Plenty of "give us more money and more benefits and more MRAPS" bills are out there in every state with the full support of the police and their unions.

Sure, there are some "good" bills in there but don't let that fool you. Just like any other body with their own self-interests in mind the police and law enforcement as an entity are all too happy to increase their power, increase their numbers, increase their pay while decreasing your liberty.

When they help write the laws, lobby for the laws and tell their union members to support the laws for them to turn around and use the tired excuse "we don't write them we just enforce them" strikes me as a tad disingenuous.

Who do they think they're fooling? 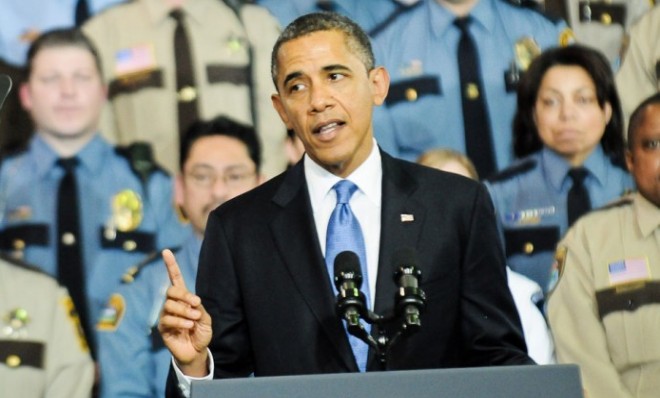 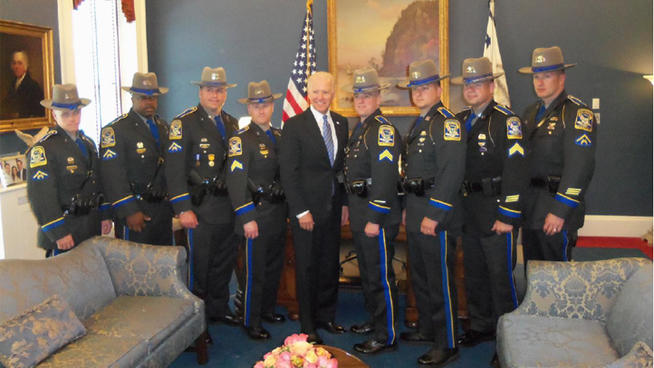 Police lobbying and PAC's
edit on 10-5-2014 by thisguyrighthere because: (no reason given)

The excuse that the cop feels threatened is one of two things, either your a damn coward or your a liar supporting your unstable mental state.

Being unionized purity much explains the rest and why the unstable cops can't be gotten rid of.

posted on May, 10 2014 @ 09:01 AM
link
Supporting a law and making a law are two different things. Only congress and the president make the laws.

Right. And dumping money onto your reps and getting thousands of union pals to voice support and making media appearances and appearances in front of congress have absolutely no affect at all.

Congress and the POTUS just come up with this stuff out of the blue totally on their own.

Where did all these criminal cops come from all of a sudden?
Look up police beatings on you tube and the ones that are
in the U.S., you will not find the end. I was just doing this
myself last night before I crashed. And the amount of police
abuses and shootings and brutality and beatings is nothing
less than staggering. From hell to breakfast I began to get
the feeling some one declared war on us, me, you, the
american citizen and we didn't even get the respect of being
told.

Even more disturbing is the fact that the obviously
good police officers are ###### resigning.

posted on May, 10 2014 @ 09:36 AM
link
I eagerly await the day that Americans finally get fed up with the whitewash and give her a complete overhaul. Go with Ventura; no parties.
Start with that nasty Patriot Act. It is the most destructive piece of legislation seen in a long time. It reminds me of a Planter's Wart. Corrupt roots that run deep.
edit on 10-5-2014 by sparrowstail because: (no reason given)

I agree. Evil people get together and do evil things to the detriment of all just to get their silly materials. Brainwashing does work.

I don't disagreed with the notion in and if itself, just that there seems to be a third or fourth spoke missing from the wheel. In my opinion the process becomes rather mired and convoluted when police unions and PAC's formed by those unions use their resources to influence the legislation. When the police, their unions and PAC's become part of the political process to influence their own funding and what laws they support to guarantee the furthering of that funding, it kind of takes them out of being an impartial entity whose job is to enforce the law and pushes them a little closer to becoming Judge Dread. Even farther down the rabbit hole is the, in my opinion, disturbing relationship between government, the police and For Profit Prisons. The whole thing is rather disturbing to me. If prisons are there to make money for shareholders them the impetus is on maintaining inane and often times anachronistic laws that allow the imprisonment of victimless crimes like low level drug offenders doing serious time for small amounts of dried flowers in their posession. It's a scenario of "one hand washes the other" if you will and its all about who benefits from the cash not about what's right and wrong.

Nicely done. S + F. This thread could also have been created under Deconstructing Disinformation but the point is the same.

Fact is, if we decriminalized drug use (ie ended the "war on drugs") and repealed asset forfeiture laws, many of our 4th Amendment protections would be restored, which is exactly why police are dead set against it.

Dont get me wrong, they would still continue to violently arrest joggers and people with video cameras but a good chunk of their power to terrorize us would be gone.


Yet, we never hear about when they will enforce Article 6. Or, demand the plan for ratifying the UN Charter, that the United States was to come up as required by ChapterXIX Ratification and Signature, Article 110-111.

"Law Enforcement" requires radical reform. First, by confinscating and clawing back all pensions, benefits, and perks. We can place all proceeds after the liquidation sale into a public trust, available for anyone who had their constitutional rights violated, under color of law. Their pensions were "earned" while participating in felony rescue (all trials in which they testified under oath, participating in purgery, to protect other officers who did violate Article 6).

Must I also remind the reader that the amount of
vids on YT in this regard. Can in no way reflect anything
close to a true number of occurrences in the field.

Waking up under water sucks but it's better than drowning.

Thanks. I've been meaning to write this thread for a while but I kept getting distracted or I'd have difficulty deciding which info in the overwhelming abundance of info to put in it. Finally I just said screw it and threw up some stuff that to me just stood out.

I hope that this stands as enough evidence that "only doing my job" is an absolute bull excuse and proving so doesnt require "reducto ad hitlerum" or bringing up Nuremberg, two things which often distract and derail.

The reality is they very much propose, write, support and lobby for all of these laws they claim to have no choice but to follow.

Like top level mobsters they want to play the "plausible deniability" card to have their cake and eat it to to cave your skull in and still come off as victims themselves by pretending to have no choice in the matter.
edit on 10-5-2014 by thisguyrighthere because: (no reason given)

posted on May, 10 2014 @ 10:20 AM
link
I'm not sure when they began to used the term "law enforcement" as a descriptive for police officer. It it not their job to "enforce" anything. They are supposed to just arrest and detain "suspects" for the "law" to hear or plead their case in a "court of law".

But sadly, the terms peace officer or civil servant aren't much used to describe them either.

it no longer says to serve and protect on police cars

My point is, what does it matter if they make, support,
lobby for or against, enforce or not, any of the laws?
When they believe they are above the law in the first
place?

True. As much room they currently have to lawfully abuse, steal and murder they don't exactly seem concerned with their unlawful abuses, stealing or murders.

This makes any possibility of reform an illusion since for them the law is essentially just an illusion. For us however it is a death sentence.

Exactly. They are not enforcing Article 6. They are enforcing their own laws, not ours. This is a textbook protection racket. Article 6, is the supreme law of this land. Everything flows from it.

I am sure local contract law, for their department charters, are also being violated.

Revoke, and clawback, all of their retirement benefits and pensions. Then, after assets are frozen, go for prison terms. All moneys, and benefits, were gained, under false pretenses.

They can dump a lot of money an influence into Bills, so we might as well say they make laws, unless we are just talking the thin surface of the process with the congressional vote....