British Poll: 1-In-5 People Would ‘Have Sex With Android'

posted on May, 9 2014 @ 09:56 AM
link
I'm putting this in 'relationships' because I really don't know where else to put it. Okay ... well ... the stereotype of the Brits is that they are rather stiff and formal ... so maybe that has something to do with the results?? (joking) 1/5 of Brits said they'd have sex with an android. Kind of reminds me of the movie Cherry 2000. A perfectly programmed lover or 'significant other'. Feel free to discuss ...

British Poll: 1 in 5 People Would Have Sex with Android Robot

In a survey of changing attitudes between human beings and robots, nearly one-in-five people said they were “willing to have sex with an android,” despite more than one-third of respondents saying they fear machines will threaten the human race.

A poll conducted among 2,000 members of the British public by Middlesex University found out what humans think of one day walking, talking – and apparently progressing even further – with robots on a daily basis.

In addition to the 17 percent of people who said they are prepared to “have sex with an android,” more than one-in-ten claimed they would care for the fruits of such labor – with 11 percent saying they want a robot child similar to David in the movie A.I.

originally posted by: FlyersFan
I'm putting this in 'relationships' because I really don't know where else to put it.

I see what you did there. Now allow me to read the rest of your post

I think the only people this would appeal to is people who have trouble forging normal, healthy human relationships (which, let's face it, is a significant amount of people)..or those just completely lost in fantasy; out of touch with reality. Or maybe just out of curiosity, who knows! Remember what the holodecks were mostly used for in Star Trek. Nobody seemed to have a problem with that. Most would think of an android as a tool or appliance.

Where I get more weirded out though is the idea of android relationships, android children etc. It would be very awkward to go on a double-date or something with someone who brought his/her android I think it's kind of creepy that someone would want to invest into an android partner or child instead of a real, living, feeling, thinking person.

I'd be very interested to see how such a poll would look across different nations or cultures.


I think a more interesting question to pose, or include in this poll would be:

"How would you feel if you came home early and unexpectedly found your partner in bed with an android?"

It's just an appliance that mimics a human, who cares?

Poll that one, ATS!

Sex, is one issue, that tends to be hard to get an honest answer from anyone in the first place, also Id imagine it would skew along gender lines as well.

That leads me to think that over 50% would be OKAY with it, just not admitting it.

And yer, i'd probs have a go at a robot. Especially if she could be programmed to bah like flossy.

posted on May, 9 2014 @ 10:11 AM
link
But these are the Brits. many of them act like androids. My wife is part English and her feeling of a need to act proper instead of spontaneous most times is like living with an android. She has the ability to learn things but can rarely wants to apply things to other situations other than what someone predominant tells her is real. Don't take me wrong, I love that parrot. I would rather not be restricted by the box society has made.


*Dreams of his Natalie Portman bot*


What I want is a Holodeck from startrek and a game of thrones program..... 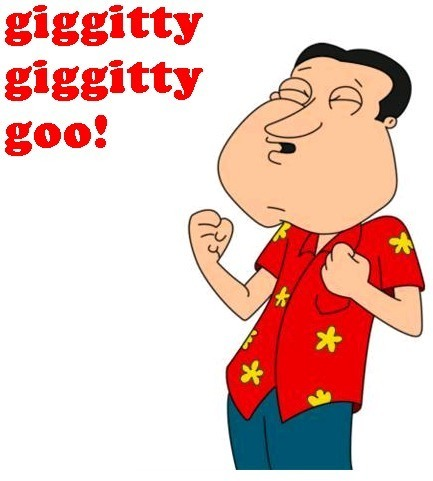 $300 an hour with a minimum of 3 hours! What are ya supposed to do with the other 2 hours 59 minutes?
may as well just stick ya dick in a vacuum cleaner.

posted on May, 9 2014 @ 10:23 AM
link
Not surprising and IMO its actually more. People already use "things". So if they could afford an android and get it discreetly most would.

$300 an hour with a minimum of 3 hours! What are ya supposed to do with the other 2 hours 59 minutes?
may as well just stick ya dick in a vacuum cleaner.

Who in gods name would rent a sex bot...

Considering one of the primal drive men have and one they get controlled by... having an android would make them not depend on other sex for need.

No nagging, no hold back, no baggages, no complaints.

No one can manipulate or control men using their urges.

Na me want me some cylon loving! 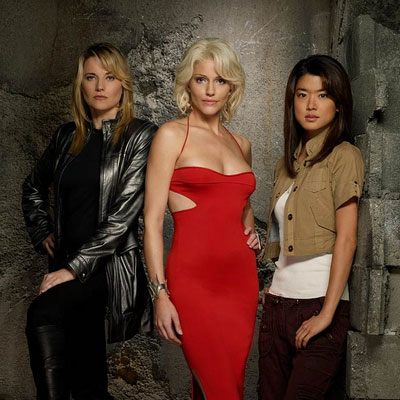 I think we all need to watch this PSA, its important to the future of humanity...


This poll is of 1000 people so if we double it up to match the UK poll more Americans than Brits would have sex with an Android , we could also assume at least some of the 11% not sure were just to embarrassed to say yes.

It was only 1 in 5 because 4 out of the other 5 Brits said they already were.

I laughed reading your post because I caught the end of a tv programme where the interviewer comment4ed that the Brits were kinky. Its nice to think we are 'abreast of things' though.


*Dreams of his Natalie Portman bot*


What I want is a Holodeck from startrek and a game of thrones program.....

STAY OUT OF MY HEAD!

Oh for the love of God.

No wonder this country is going all to hell. I think it is fitting that this survey be taken here, and the results are understandable. After all, Britain was home of the swinging sixties, the Beatles, and so many dodgy innuendo ridden movies which prodded at the edges of decency, that it is hardly a surprise to hear that my fellow Britons would gladly jump into bed and bump uglies in binary. It is yet another expression of the open mindedness of some members of our society.

However, as totally unsurprising as it might be, it IS disappointing. I remember when everyone started talking about Rampant Rabbits (those who know what I am talking about... fine. Those who do not, either you do not want to know, or you are too young to think about this stuff and should go to another thread), and thinking to myself "Well thats is then. The species is doomed!".

The reason I felt like that, even when the issue was not one of people getting jiggy with a humanoid robot, is that human life on planet Earth, relies on our ability to retain enough of our animal instinct, enough of our biological response to stimuli, to ensure that people will still make love, that people will still have children, and bring them up with some sort of healthy frame work to ensure the optimum condition of those children physically, spiritually and mentally. To do these things in a fashion which will be effective, it is paramount that raw, deep, terrifying, powerful, angry, blissful LOVE be present, between mother and father, and love of a different, yet equally powerful kind spread amongst the offspring.

They are quite literally the future of our species, and to do anything less sets them up to fail, and their failure is the ruin of mankind. The invention of sexual aids is not a new one. Hell, the Victorians had some deeply convoluted, and in some cases horrific looking machines for relieving the tension of both male and female alike. However, if men can be replaced in the eyes of a woman, by six inches of latex covered, low grade robotics, then that means that there is now an alternative to living the natural way (which, I am sorry to say, involves a fair bit of disturbingly biological activity, some sound effects which would make a zombie movie director vomit, and, if it is being done right, a fair amount of vocalisation).

Given the state of psychological health at the moment therefore, it is easy to see why both men and women might choose a robotic partner over one of flesh and blood. All the benefits of a "dresser drawer companion" for either male, or female users, as well as the pillow talk afterward? HANDS?? A full immersion simulation machine!? Are you kidding? I know people who have been so messed up by the opposite sex that they may well ONLY be able to appreciate this sort of thing, rather than the real thing, if the hypothetical ever becomes reality.

The really disappointing thing about that however, is that for every person who begins to enjoy the film Bicentennial Man for all the wrong reasons, there will be one flesh and blood person who never gets to meet their soul mate, one person whose life will NOT, no matter what replacement is offered, be complete. There will be people who will feel alone their whole lives, as if they have been abandoned by their own species.

Personally speaking, I am on hiatus from relationships at the moment, but an android lover as a concept does not interest me in the least. If all that was required to make a man happy, was a gap to fill and an hour to kill, Polyfilla would sell much faster than it does, and all the DIY would be done, everywhere. I need to be needed, loved, cherished, missed, held, to have a heartbeat begin to synch with my own, to feel an eyelash move against my face, and having been exclusively attached to women who only pretended to give a damn long enough to tear my heart in two, I ALREADY know what it is like to be around someone who can only ever imitate love, rather than feel it themselves.

Frankly, the possibility that non-biological sexual partnerships will become normal does not fill me with disgust. It just makes me sad, and erodes my hope for the future, my own, and that of the species.

I agree with you about it being a tool or appliance. I understand that part.

I guess I'm just thinking slippery-slope where life-like androids start replacing any need to even try having a human relationship. (Didn't someone link that Futurama clip?)

An android is all fantasy, and if I have to start competing with man-androids, well then I just give up right now!