Ditch Your Wallet, Use Your Veins for Payment

posted on Apr, 20 2014 @ 04:26 PM
link
There's a new "palm reader" in Sweden, Quixter. However, this is no fortune teller, Quixter is a biometric palm reader that recognizes the pattern of blood vessels in your palm. It is being used by 1600 people around the area of Lund University in Sweden. To make purchases, users scan their palms and enter the last 4 of their phone number, apparently it's faster than cash payments. 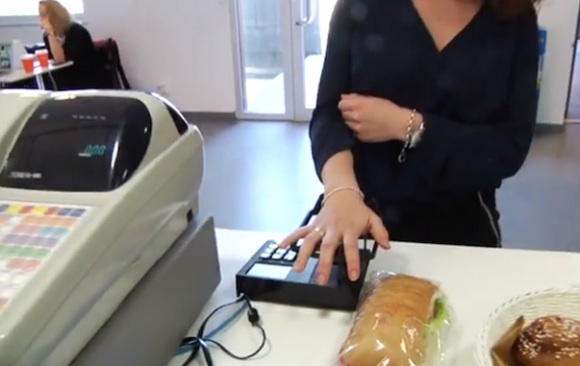 Swedish students are paying for things with their paws using Quixter, a palm scanner that reads the unique pattern of blood vessels in your hand.

To start greasing palms, you sign up at a shop or venue with a Quixter reader. You hand over your social security number and phone number, then scan your palm three times. A text message with an activation link arrives so you can fill in more details and complete registration. Your purchases accumulate on an invoice, and then twice a month the money you've spent goes out of your account by direct debit.

The potential of biometrics for payment authentication has been watched more closely since Apple included a fingerprint reader on the iPhone 5S. As a payments tool however, it's not that useful yet, since it can only be used to approve purchases made from iTunes and Apple's App Store.

According to the company's founder, completing a transaction with Quixter takes five seconds and is faster than cash and cards. He came up with the idea while waiting in a queue at a supermarket and was reminded that paying can be a complex process. 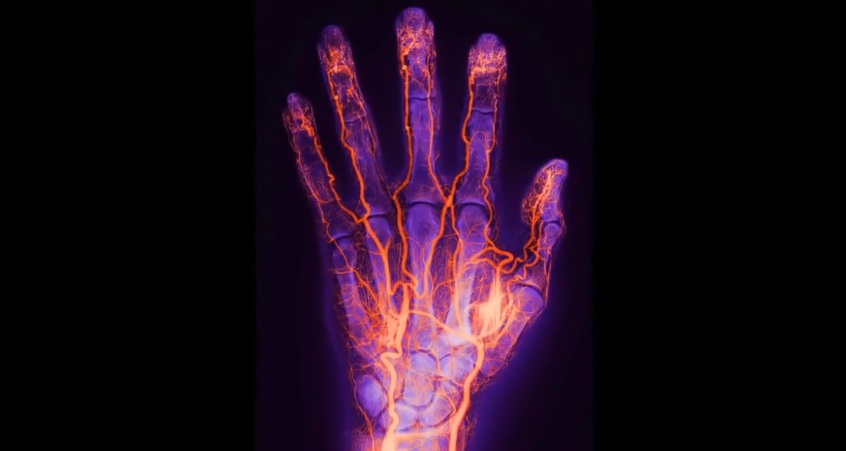 As with irises and fingerprints, a person's veins are completely unique. Twins don't have identical veins, and a person's veins differ between their left and right sides. Many veins are not visible through the skin, making them extremely difficult to counterfeit or tamper with. Their shape also changes very little as a person ages.

How Biometrics Works
I really don't like this idea, at all. I would rather pay in cash then scan my palm at some random store, even if it takes longer. Cash payments are pretty quick anyway, unless the merchant has to make change. I'll stick to paying the old fashioned way if anything like Quixter makes it to the US.
People nowadays are always in a rush, instant gratification has become the norm. It's unfortunate.
"Drink your tea slowly and reverently, as if it is the axis on which the world earth revolves – slowly, evenly, without rushing toward the future."
― Thich Nhat Hanh
edit on 20-4-2014 by Jennyfrenzy because: spelling and added quote

posted on Apr, 20 2014 @ 05:05 PM
link
Looks like it would be totally fraud-proof. If you have tons of cash this payment method would give the Richie McRichardton's some peace of mind.
But I agree with you, cash is king. No data trails and it smells really good too! lol

posted on Apr, 20 2014 @ 05:08 PM
link
This gives me a weird feel for some reason. Not a good weird either.
Nothing to do with any Christian revelations stuff either.
But this just seems...... too good to be true. I'll stick with my debit card and cash, thanks.

to add: It's awesome tech.
But tech I'm very wary of. Not because of any "Revelations'' thing in the Bible or any other religious end of the world doom porn kind of tale, but because it just doesn't /feel/ right to me. Something isn't good. Too good to be true. Also when dude says "It takes too long to pay with credit/cash'', it got me thinking: We are in THAT much of a hurry that we can't wait 2 minutes? Or 5 to 10 if the machine has an issue? What a sad state of affairs THAT ALONE is. Think on it. Why are we such a 'GOGOGOGOGOGOGOGOGOGOGO!' kind of society? "DEADLINES! ON TIME! SLEEP 2 HRS A DAY SO WE CAN GOGOGOGOGO! ENERGY DRINKS! COFFEE! CAFFIENE PILLS!'

something bad's going to come of ALL this. Doesn't take a rocket scientist to figure that much out.

The time clock at my last job was operated by measuring the distances in points of a hand. I had cut my finger and was wearing a band aid and went to clock in, it didn't work. Te band aid interfered with the measurements I guess. Wonder if something like a band aid or a cut would interfere with Quixter?

a reply to: sarra1833
Using my veins to make purchases weirds me out too. The comment about it being faster also puzzled me, cash payments are super quick for goodness sake! Debit card and credit card transactions are also quick. People nowadays are always in a rush, instant gratification has become the norm. It's unfortunate.

"Drink your tea slowly and reverently, as if it is the axis on which the world earth revolves – slowly, evenly, without rushing toward the future."
― Thich Nhat Hanh
edit on 20-4-2014 by Jennyfrenzy because: added reply to and quote

What TPTB fail to grasp is that every action has an equal and opposite reaction. Keep pushing people towards more and more invasive forms of biometric tracking, and you'll keep encouraging people to follow Jesse Ventura straight off the grid.

With every open push towards more tracking and less privacy, TPTB just bring the roof crashing down faster on their own heads.

This is a step in the wrong direction, i do not like it at all.

If things keep heading in this direction, before long people will forget what the word privacy means.

originally posted by: sarra1833
This gives me a weird feel for some reason. Not a good weird either.
Nothing to do with any Christian revelations stuff either.
But this just seems...... too good to be true. I'll stick with my debit card and cash, thanks.

I find it funny that the move seems to be toward requirement of a cashless system.

It may not be that revelations stuff, but someone seems to be using it as a play book of some kind to prey on the superstitious, and guide book to totalitarian one world.

posted on Apr, 21 2014 @ 10:14 AM
link
Well you're certain not to loose it or have it stolen. That's why I let my babies suck their thumbs. They can find then in the middle of the night and they never fall out of the carriage into the dirt! reply to: Jennyfrenzy

posted on Apr, 23 2014 @ 03:57 PM
link
When I first saw the title, I was thinking more of a trade your plasma for currency type deal. Far more scary, but this is still just really weird. Although, I do hate being stuck behind the people in stores who rely only on their plastic cards and take forever to use them. The only reason I use a debit card is to do purchases online.