SpaceX
During [today's] CRS-3 launch to station, SpaceX will attempt to recover Falcon 9’s first stage. This test is not a primary mission objective and has a low probability of success (30-40%), but we hope to gather as much data as possible to support future testing. After stage separation, when Dragon is well on its way to the ISS, the first stage will attempt to execute a reentry burn and then a landing burn over the Atlantic Ocean. Falcon 9 is carrying four landing legs, which will deploy... 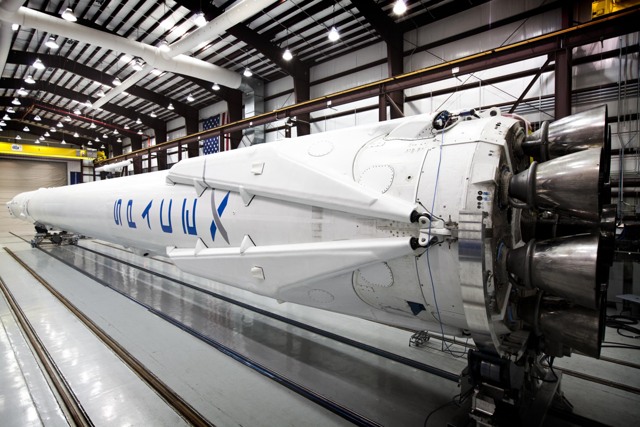 
UPDATE: Dragon is successfully in orbit! Unfortunately, the stream did not have video of the rocket recovery. Hopefully they will post video of it later.
edit on 18-4-2014 by lemmin because: Update

They made it once before, in other circumstances: