So what did you do to help save the world ? Seriously.

ketsuko
It's no business of yours.

You mean close the thread? Someone call the mood police!

schuyler
That rather begs the question of whether the world needs saving, especially from do-gooders who are convinced of one doom & gloom scenario after another, helped along by Hollywood and those with a political agenda.

Most of what you say is right, but I think you are missing the large picture. Capitalism simply does not work when tethered to a capitalist consumer materialistic culture. Even democracy has issues. What we have to realize is that we are not all cheerful members of an open democracy. what we actually are the propagandized masses in some kind of subtle dictatorship of perception.

Adam smith in the wealth of nations stated the general theory of capitalism, which is: access to cheap labor and extracteable inexpensive natural resources make possible a manufacturing cycle of which products can then be peddled that represents an 'advanced stage of civilization'. However flawed this theory may have been it worked as long as those two conditions were met: cheap labor and cheap extraction of natural resources, this is now impossible, and the cost of this societal standard is the destruction of the planet. What we have to do is back away from our obsession with things. We can no longer dewfine our wroth by our attachment to things. We have to create a psychology that re-enforces inner worth.

It's a shame you have an aversion to research and knowledge. A vasectomy changes nothing in your sex life except your ability to procreate. I think you are thinking of castration.


Yeah lol, I thought you had gotten your dick chopped off


No, it's more like - People criticize Christians who walk around wearing crosses and evangelizing and having prominent symbols of their faith all over, etc. They call them holier-than-thou and self-righteous and hypocrites.

I'm not sure how this thread is any different.

Are you or are you not trying to get me to confess to how I've "saved" my "environmental soul" by acting in an "environmentally" correct manner, and after my confession, everyone here can approve?

What I am doing is digging my own garden, you know grow my own food. Does this count?

Every time I go fishing I pick up trash in my area because it is disgusting how people litter. Is that trying to save the world? I just hate to see nature littered with ignorance.

Same thing when I go to the park.

Personal responsibility seems to be seriously lacking in todays society.

Trying to save the world, nah, I just try to do the best I can with what I have to work with.

If everyone would do this it would be a little bit cleaner out there.

liejunkie01
What I am doing is digging my own garden, you know grow my own food. Does this count?

When life hands you horse-#, planet a garden.

What's wrong with caring about our environment and wanting to protect it?

Just so you know I'm not a complete idiot, I do understand the point you're trying to make. But it almost feels like a non sequitur

posted on Apr, 13 2014 @ 02:38 PM
link
I decided not to activate my Magneto-Gravimetric doomsday device last Friday.

But I have to give credit where credit is due. There was a really good episode of Perry Mason on TV and I lost track of time. Now I have to wait another 32 months, 14 days, 3 hours, and 17 minutes until the Earth's magnetic field is in the proper alignment with the Moon's gravitational pull. I hope The Walking Dead is a re-run that day.

No, it's more like - People criticize Christians who walk around wearing crosses and evangelizing and having prominent symbols of their faith all over, etc. They call them holier-than-thou and self-righteous and hypocrites.

I'm not sure how this thread is any different.

Are you or are you not trying to get me to confess to how I've "saved" my "environmental soul" by acting in an "environmentally" correct manner, and after my confession, everyone here can approve?

You must admit only, that your first remittance did sound a bit moody.
But, in light of your further explanation, I understand much better.
I'm sure you seen mine as well, so that puts us on pretty much the same
page I think.

I will choose to use hand tools instead of powered tools if I can.

I do not do this to save the world, I do things the hard way because I am poor.

posted on Apr, 13 2014 @ 03:09 PM
link
By the way my contribution to saving the world is making this video for all the awesome people out there who resonate with this message, like many who frequent this board. 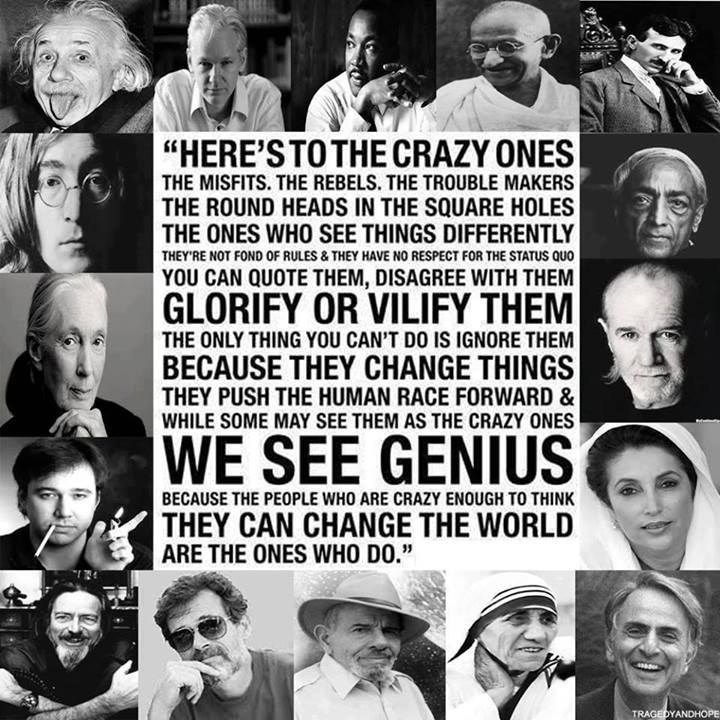 posted on Apr, 13 2014 @ 04:40 PM
link
Not wanting to turn this into a competition. honest. Found out the other day that someone I know got their bonus pay-packet and went around our city feeding all the tramps for a night. Now I consider even that a small act of kindness that is helping save the world.
edit on 13-4-2014 by ZeuZZ because: (no reason given)

posted on Apr, 13 2014 @ 05:35 PM
link
save the world huh? well socialism or whatever wont save anything or make us less dependent on resources to maintain our civilization, in fact i'd argue that it would actually make things worse by reducing labor costs to the point where it would become even easier to abuse those resources.
eventually human nature takes hold in every form of government or whatever regardless how great it was in the beginning or what problem it fixed, whether capitalism, socialism or communism in the end the true form will never be seen but for a short time and the only thing we can do about it is to never adopt a single system beyond a few decades, but humanity always loses diligence and can never follow their chosen path.
the only way to save us is to use genetic engineering to rid us of either emotion or our survival instincts or both, because i just don't see humanity as able to change themselves by willpower alone.

olaru12
I had a vasectomy when I was 20 years of age. I firmly believe overpopulation is the cause of most of this planets strife.

Anyone who had an ounce of college... (maybe college a few decades ago, not sure what they teach today...) would know that over population is not caused by too many babies. It is caused by people living too long....period. So, I suggest we go the old Logan's Run and limit the top age..

On a serious side, China, Europe, Japan and a few other countries are in deep crap. They have been limiting births for decades now, by either economic reason (can't afford them) or Government reasons i.e. China. This is really...really bad news, for you see they will have, or already have a situation where 60%+ of the population has entered the age group where they are too old to work. When there are fewer and fewer births there is also less young people entering the work force, add old people living longer and you have a country where there are way more people not working than working, and that spells disaster.

I personally see 7 billion as the top limit and we will start to see a decline until Africa and South America become better in preventing the large child death rates that are prevalent there. In the rest of the world we are seeing maybe 2 children or less as a norm, and in Japan kids are just too expensive so we see 1 or none. Europe and soon America we are experiencing the typical family structure disappearing and we are now seeing nontraditional families with no kids as many decide not to have them or many people just do not get married and plan to never have any.

I really think the next few decades will be interesting as we see countries that turn into retirement homes with every young working person ends up supporting 5 or more non working people though higher taxes. We will also see the age limit to stop working increased to 75. It was never designed for people to live 20 or 30 years after retirement and if the new 75 becomes the old 60 we will see people work longer.

rockoperawriter
i did all things

posted on Apr, 14 2014 @ 04:52 AM
link
I would say most people do the "right" things for selfish reasons....like me trying to convince a store to take Monsanto's Roundup off the shelves, afraid how it might impact my health and that of my family. Who knows for sure? Gosh, I can't imagine what I would do to be down with cancer or caring for a sick family member 24/7. Saving the world would be the furthest from my mind.

Having said that, a scene from Spiderman the movie keeps nagging at me whenever I see some injustice done that is clearly not impacting me/family directly....Peter Parker (Spiderman) let off a criminal that robbed and killed an unethical character only to realize that the same robber shot his uncle shortly later. Although it was fictitious, something rings true...events are all interconnected one way or another. We know and ignore the government doing wrongs to those half way across the world ...and one day we may experience the bitter pill that brings.

We, humans, tend to be near-sighted, unfortunately. However, once in a while, we hear some far-sighted souls who will stand shoulder-to-shoulder like those in Bundy Ranch. They must have seen the same movie. Lol.

ketsuko
It's no business of yours.

That's rather rude...
So, is it YOUR business if others wish to make themselves feel better? Sheeeeshh...


I introduced a cup of battery acid into the upper atmosphere in a manner that would replicate enough to take back control of our weather patterns. global warming solved