The Evil Woman Conspiracy Against All Great Men

My wife is trying to kill me.

It's not being done by knives, guns, poisons, weapons of mass destruction. It is a deep dark conspiracy that all women are apart of. This is why women live longer than men.

This morning I woke up to face the fact that I have succumbed to the man-flu again. This is a direct result of a curse placed on me by my wife who is obviously a secretly practicing witch.

Through a carefully planned out attack disguised as affection, she has manipulated me into accepting her affections while infecting me with one of the most debilitating diseases known to mankind. Through my delirium, I have managed to piece together the evil plot to destroy all of mankind.
All women secretly plan on killing men.

Women meet and exchange information in changing rooms at Target and TJ Max. Coded messages are sent out in shoe boxes and in coupons. They meet in women's toilets (that's why they travel in groups) to perform ancient rituals meant to further the destruction of manhood, maleness, manliness, man-stuff.

She (my wife) now waits for me in the other room. She has (what she says) a small jar of Vicks that (she says) she wants to place on my back. I think that she uses it to place runes on me to further my descent into illness and despair.

Let this be a warning to all men. It is probably too late for me now.


Oh Lord, my heartfelt sympas to Mrs. Beezzer during this most trying time. (that of being the family nurse while standing accused of attempted murder.) Perhaps the Vicks should go on the chest instead of the back so the inhaled fumes can clear the bunny's sinuses?
edit on 30-3-2014 by aboutface because: (no reason given)


I fear it is too late for any medical intervention on my part.

But perhaps my sacrifice might serve as a warning for any men out there who have yet to fall prey to the evil manipulations of the Cabel of Evil omen.


It is true, of course, and after further investigation I have discovered a cipher built into very name of their greatest weapon against us "EVOL". 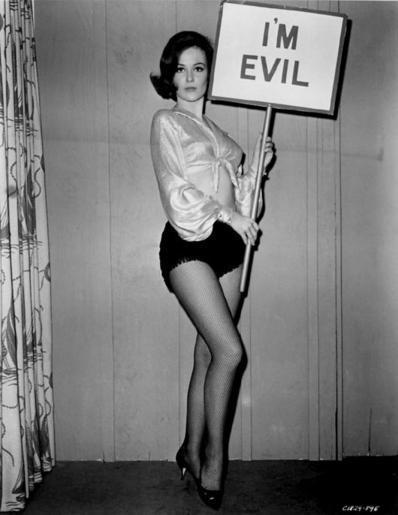 
Nope ...sounds to me like your testosterone has betrayed you ...

Scientists at the Stanford University School of Medicine have linked high testosterone levels in men to a poor immune response to an influenza vaccine.

In a study published online Dec. 23 in the Proceedings of the National Academy of Sciences, the investigators show that men with relatively high amounts of circulating testosterone benefit less, as measured by a boost in protective antibodies after vaccination against influenza, than do men with lower testosterone levels and women.

In the study, women had a generally stronger antibody response to the vaccine than men. But the average response mounted by men with relatively low testosterone levels was more or less equivalent to that of women.

It has long been known that, for reasons that are not clear, men are more susceptible to bacterial, viral, fungal and parasitic infection than women are, and that men’s immune systems don’t respond as strongly as women’s to vaccinations against influenza, yellow fever, measles, hepatitis and many other diseases. The new study may explain why this is the case.

... and because you just got out of the military [they are regular, almost religious, with those medical shots aren't they] and you're off the leash so to speak [remember your recent conversation with Destinyone] and all your manly juices are raring to go ... this is Mother Natures way of saying WHOAH UP BIG BOY!

You owe your wife an apology ... and you should spend a week sleeping on the couch without sex as punishment [think of it as recovery ok] ... and then you should get on your knees beg your wife for sex to help you improve your immune system ...

10 Surprising Health Benefits of Sex: The perks of sex extend well beyond the bedroom.

6 Surprising Benefits of Sex: Sex doesn’t just feel good; it builds your immune system and can put you in a better mood, too.

Cold and flu season will be here before you know it. Does this mean doctors should be prescribing sex? Well, maybe it does. Here are six surprising ways sex can boost your health, keeping you out of the doctor's office and able to, well, have more health-promoting sex!

1. It can boost your immune system. Cold and flu season is approaching, and yes, you’ve probably heard it a million times: Wash your hands often, cover your mouth when you sneeze. But how about this? Kick your immune system into high gear with biweekly sex sessions. Researchers at Wilkes University in Wilkes-Barre, PA, found that having sex once or twice a week boosts the immune system. They found a 30 percent increase in immunoglobulin A (IgA) proteins in people who had sex once or twice a week, compared to those who didn’t have sex. IgA proteins act as antibodies, binding to pathogens when they first enter the body and summoning the immune system to destroy them.

Do what bunnies do best and get well asap ok!

I counter by using "quotation marks" and irrational ramblings brought about by evil witch curses!


If you want to try out your testosterone on something ... you could try testing this unproven technique of applying the vicks to the souls of ones feet and covering them with socks before going to bed!

It is claimed by some uses [aka me ] to work wonders!

This is not scientific and is based upon hearsay ... you'll love it!

At the worst you will feel like a fool, with sticky camphor smelling feet, for taking advice from the internet!

Uh oh. You coming down with it too, Slayer 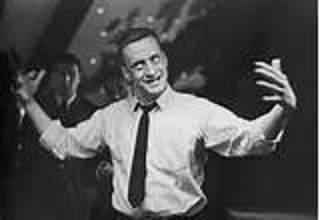