posted on Mar, 14 2014 @ 03:46 PM
link
Today...is pi day. Or pie day. Or pi(e) day. Which is a combination of the two, which means you celebrate pi with pie and pie with pi. Because you can't have one without the other, right? But just to make it extra special, a talented scientist-slash-artist by the name of Martin Krzywinski has given us a...um...well, I'll just let the article explain it:

Science artist Martin Krzywinski has turned the infinite randomness pi—and other mathematical constants—into a thing of visual beauty. Krzywinski, building on images created by Cristian Ilies Vasile, has compiled a series of eye-catching circular diagrams based on relationships between the digits in pi, and in the other mathematical constants phi (also known as the “golden ratio”) and e (the base of the natural logarithm).
The original image by Crisitian Ilies Vasile used a circos diagram, a format developed by Krzywinski for genetics visualizations. In his version, Krzywinski uses color pairs from a Brewer palette, which are designed for maximum readibility.

Inside a circle divided into 10 segments—representing the numbers zero to nine—each digit of pi links to the the next with a line. Krzywinski added an outer layer to Vasile’s illustration. He measures how frequently one digit follows another. For example, in a sequence like 2739452781, the transition 2 to 7 occurs twice. Krzywinski uses bubbles to represent these transitions: the larger the dot, the more times a sequence occurs. 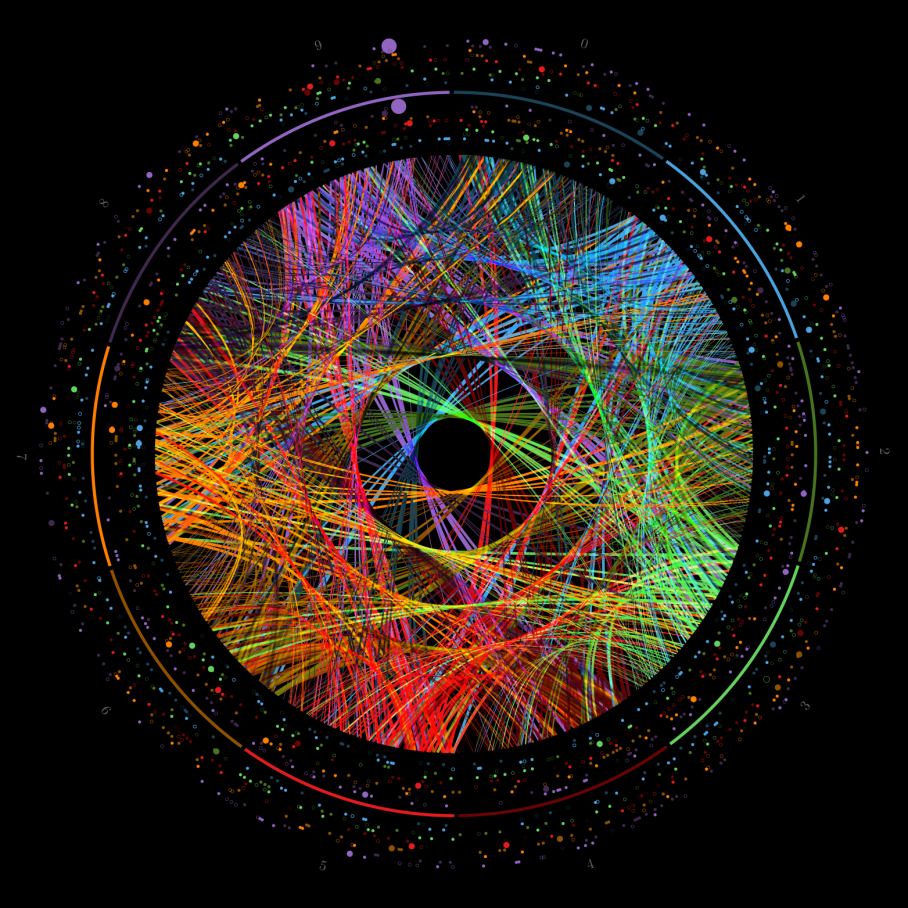 And here's his website if you want to dive into the science behind his artistry. 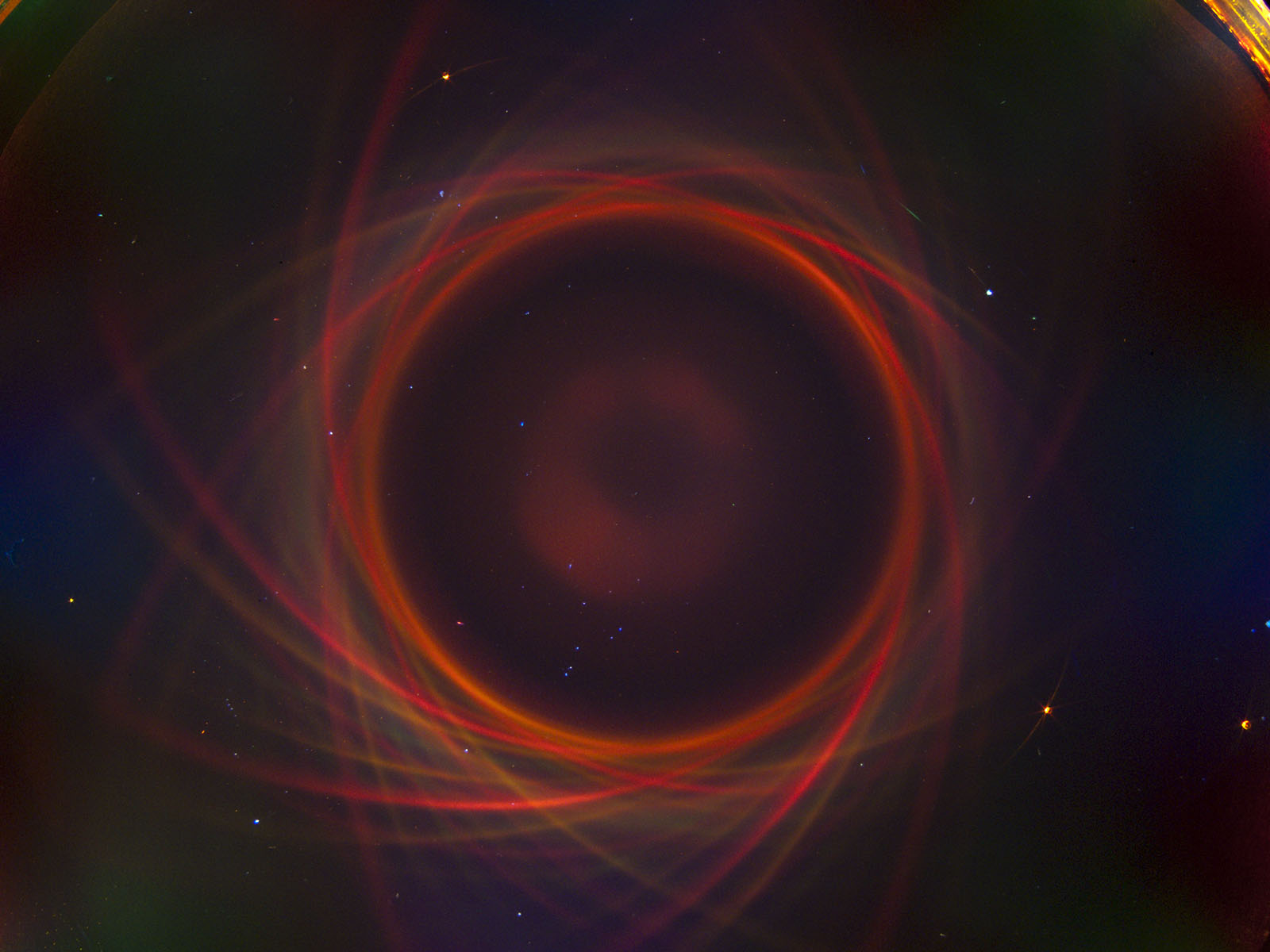