Lactobacillus rhamnosus GG, a probiotic that was isolated from human feces in 1983, is now widely used in products such as ‘buttermilks, yoghurts, milk, fruit drinks, ‘daily dose’ drinks and fermented whey-based drinks’

In recent years, scientists have discovered that foods such as yoghurt that contain live probiotic bacteria can have a wide variety of health benefits.

For instance, these microbes could help burn away belly fat, prevent urinary-tract infections and fight infant gastrointestinal disorders such as constipation.

For probiotic bacteria to work, they must survive the acids in the digestive tract. ‘Probiotic fermented sausages will give an opportunity to consumers, who do not take dairy products, to include probiotic foods to their diet"

At first reading the thread of this title you are thinking what on Earth is this thread about???

Well, it is not to really inform you that you should eat baby poop to get a good dose of probiotics from it, nor should you try to make salami or other sausages from the freshly excreted goods.

This article was an informative one which shed insight on a probiotic which was isolated from human poop back in the 80's...something I did not know. My question is, why are they using human poop? And why are we not told about this, oh god! LOL...either way I love yogurt and milk

But, anyways, here is something I honestly NEVER would have thought to have known according to this ARTICLE:

As LiveScience reports, “Bacteria from baby poop can help make delicious sausages, which could transform savoury meats into health foods much like probiotic yoghurts, according to new research.”

In order to test the theory, a team of scientists tested bacteria from 43 infant fecal samples.

After using the bacteria to make a Spanish sausage called “fuet”, some taste testers who apparently eat baby poop sausage for a living said that it tasted just like regular fuet, even though all the sausages were low-fat, low-salt versions of the food.

Of the six strains of bacteria tested, only one fully took over the sausage, which in this mad scientist experiment is actually a good thing because it means that such a sausage may have probiotic health effects after all.

WOW, did anyone know this already??? That there are actual taste testers of baby poop out there? Here is what I think of when I read the word "fuet"....phooooo-eeeeee----bleh!

So now that we know some people eat sausages made from probiotic bacteria extract from baby human feces...and think it is very tasty...what else are we going to find out what other excretes from the human body people eat too?! hahah *barf*
edit on 24-2-2014 by Skywatcher2011 because: added note

posted on Feb, 24 2014 @ 02:21 AM
link
Now I'm hungry.
If I eat sausages I absolutely expect to be eating poop and guts and things. Sometimes it just hits the spot. The manimal in me must be appeased.

I know it's not actual poop, but an isolated bacteria .. but one can dream.
edit on 2/24/2014 by ItCameFromOuterSpace because: (no reason given)

posted on Feb, 24 2014 @ 02:29 AM
link
who dreams up these things like putting aborted male featus cells in pepsi and campbells soup

posted on Feb, 24 2014 @ 03:12 AM
link
After changing my sons explosive crap he had in his diapers yea no there is nothing good in there ... and the smell nah you guys can go hard on that I will pass

posted on Feb, 24 2014 @ 03:23 AM
link
Actually there is a condition in which the good bacteria in your gut can die off. The appropriate treatment for this is a pooh transfusion from a healthy person. Said pooh can be taken nasally, orally or up the keester.

But for the love of all that is holy, let's hope this thread does not degenerate into one all about coprophagia...

On a tangential note, I also heard fairly recently that some researchers have been making cheese with human underarm bacteria. Don't know what kind of milk was involved, but I'd imagine the Leche League would be happy to offer some of their out-of-date donations to the cause of lacto zymurgy advancement.

Burns fat? Let's see how many fashion indoctrinated women start eating baby poop after this gets out haha

Actually it's not. There are trillions of bacteria living in your gut. I recently found my digestive system was off balance and fixed it with lactobacillus. It makes total sense to use natural bacteria that we have but may not find in nature, to improve our stomach function or use it in foods, which will end up in the gut.

So now that we know some people eat sausages made from probiotic bacteria extract from baby human feces...and think it is very tasty...what else are we going to find out what other excretes from the human body people eat too?! hahah *barf*

Every time you eat just about any food you are getting mild doses of bacteria that could kill you. Or the potential is there. Much of these came from animal poo or worse.

So if a probiotic bacteria derived from baby poo scares you, you may want to go on a no food diet.

They should teach this in school.

You'd be amazed at how many conditions can be cured with bacteria.

You've got to wonder how they discovered this in the first place.

Now it comes out... we now know why Boncho was frying the poo in a frying pan from his other poo thread.

posted on Feb, 24 2014 @ 11:30 AM
link
Ok, I'm still processing that there are baby poop taste testers but I saw a Nova special a little while back that explains where the pro-biotics in baby poop originate. As it turns out, babies need helpful bacteria to digest food etc but the womb is a sterile environment. A doctor realized that babies born via c-section were suffering health problems. The doctor's conclusion was that the babies weren't getting exposed to the gastro-intestinal bacteria that live along the vaginal wall. The solution was to swap the mouth of a baby born via c-section with a full dose of mama juice.


Hahahah, this part in the article is funny when it says 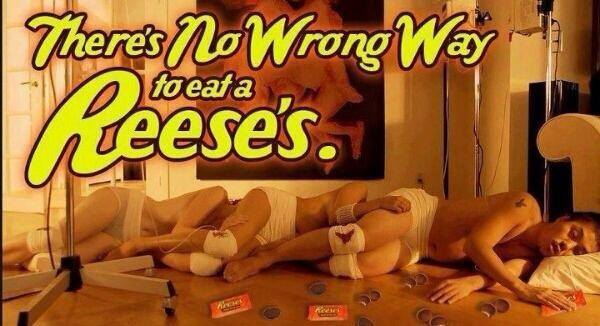 The Satanists running our planet bypassing disclosure and laws that are crimes enacted to protect them from disclosing. Well the crimes aren't victimless so its up to us to organize and have them thrown in jail. PERIOD.