We'll be flying on april fifth 2014, preferably 8pm. Blue lights will be the preferred choice, on either fixed wing or multi's. For a list of who's flying where, Deadly made an awesome spreadsheet:

Some people had this idea over at the offtopic section, and I reckon it'd be pretty cool. This is the main thing (worth a read!):
mrgyro.tumblr.com...

The plan is to fly several multirotors at night time (in your respective time zone) at a time that many people are awake / out on the street, with lights on the aircraft, far away enough from people not to be caught but close enough to cause UFO sightings.

Of course, every chap who owns a multirotor, a strip of leds and is willing to hover for a bit in the darkness, should chime in on this. If done properly, we could pull off a worldwide prank that causes UFO sightings all over the world and causes an apocalypse-like idea in all the media.

Think about it, that'd be cool! But we need a lot of people and it needs to remain on the lab. So... anyone in?

So better to be prepared the april 5th 2014 around 8pm, as it's a worldwide forum (like ATS is) with RC guys from many countries (Netherlands, UK, USA, South Africa...).

Check out this paper as well that shows how easy is to fool people and especially journalists... Not a good idea at all IMO, as it will add to the actual confusion... What's next?

We can also see it as a test to see how our senses can be fooled. 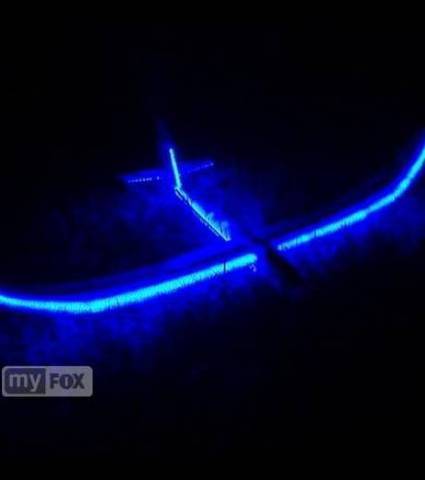 posted on Feb, 22 2014 @ 03:37 PM
link
This is going to be a nightmare for air controllers and military and every UFO spotter telephone line.

For a few laughs at the serious believers, its a pretty dangerous stunt.

Imagine not being able to call for an ambulance because the all the phones at 911 HQ are busy.


We have the duty to shoot them down.


We have the duty to shoot them down.


Well, shooting down a hoax is noting new!

On one hand, the folks that believe every little twinkle they see in the sky is significant, they probably should get trolled, and they should get trolled unmercilessly until they wake up and realize that the mundane is far more common, and likely than they're probably comfortable with, hopefully such so that the average mouth breathing gawker quits reporting altogether, or, actually invests some time in learning how to more reliably identify anomalous phenomenon.

Less UFO reports as a result, could, in turn, be good in that quality could potentially increase.

On the other hand, such a ploy could lead to widespread disenfranchisement of folks who have a genuine scientific interest in the phenomenon.

On a third side of the coin, since there is an edge on every coin, as a matter of fun, whether UFOs are the product of ETH or Military Spooky stuff, or something else, if, (big if) there is any "genuine" UFO presence, whatever they are, and (big speculative 'and') there's intelligent control, it'd be amusing to see a response to a world-wide UFO Invasion RC Hoax with a genuine response akin to "You call THAT a UFO fleet? THIS is a UFO fleet".
Of course, how often have you flipped a coin and had it land on the edge?

From my memories of ATS discussion a couple of years back, a different internet group was reported as planning a "world-wide hoax" of their own.
As far as I remember, their plan was simpler- "We will send in multiple reports to TV stations and watch them panic".
Nothing happened, though. It just fell flat.

posted on Feb, 22 2014 @ 04:29 PM
link
This is why UFO investigation is practically impossible today, because people are constantly trying to do crap like this to show the public "see just remote vehicles"....

Dear Aliens out there,

Please land a mothership on the 50 yard line of the super bowl with a banner that says "what up b*tches!"

Or at the Candian Baseball game, or any other mass sighting event?

How did that change popular opinion on the existance of UFOs and whatever pilots them?

IT DIDN'T. Even if they did as you asked, people would still say no way, can't exist. It's a secret military vehicle, or a mass hallucination, or whatever... they need to tell themselves.

It's the state of the matter right now - and exactly what the governments want. Mass confusion and dividing opinions to confuse the matter continuosly. IMO anyways.

S & F OP. Nice catch. My only wonder, what if ... to ask is... If the government knew that whatever this is is going to be operating out in the open in April, whats the best way to sow seeds of disbelief in peoples mind? How about hire a group of hoaxers to publically claim they will be doing this in April ... so that these things can work covertly and not raise to many eyebrows cause if you see something you can tell yourself... oh, it's just part of the planned hoaxes... don't ya know?

Furthermore, isn't perpertrating a hoax on the public illegal? Will these people be jailed and fined for illegal activity? I think they should. In fact, I'd think it would put an end to a lot of this hoax crap. Fine them heftily, and see if they think it's worth the cost to do it again!


I said that the UFO lands at the 50 yard line, where there's ZERO denial, not a mass sighting of something in the air... You can't dispute a UFO in front of 100 million + viewers and everyone in the stadium... Now that would be the sighting we all need/want

Having said that , there are those who truly can be fooled and when shown it is indeed a hoax, they will call it a cover up.


I'd say anyone who calls 9-1-1 over a little blue light hovering in the sky is the ignoramus. That is not an emergency situation.

posted on Feb, 22 2014 @ 05:58 PM
link
I have seen quite a few objects in the sky that maneuver far beyond anything known publicly, and never once have I thought of calling police, or anybody else.

My husband did offer several photos to MUFON, but they weren't interested since more than two weeks had passed before we had them developed.

posted on Feb, 22 2014 @ 07:08 PM
link
This is great! I've been dying to try out my second hand Antarean Star Jumper but was terrified the MIB's would show up. Now I have the perfect opportunity.

posted on Feb, 23 2014 @ 12:31 AM
link
Id rather they have a large scale of people all go outside and look at the sky for an hour or two. If they could stop talking long enough.

posted on Feb, 23 2014 @ 12:35 AM
link
lol get your pellet rifles ready for night time target practice. shoot as many down as you can so we can bathe in the tears of the RC punks

Last card to play before the whole house of cards comes down...total smoke & mirrors. "You can keep your alien if you..."
imo

John Podesta Returns to the White House, Will Discover Truth About Aliens

posted on Feb, 23 2014 @ 12:02 PM
link
As amusing as this is, it's also a bit disheartening for genuine researchers in this field. Stunts like this, while they provide people like me with a good chuckle, really set back any work genuine investigators do. Either way, I will be looking forward to 4/5/14. A lot of people here in the NV desert already claim to see things. It will be an interesting evening.