Around 100 tons of highly radioactive water leaked from one of the tanks at Fukushima Daiichi nuclear plant, the plant's operator, Tokyo Electric Power Co. (TEPCO) said on Thursday.

The water reportedly spilled beyond the barrier that is set up to block it from flowing out of tanks.

So that probably means at least twice that amount really leaked out.

Not to mention they really have no clue of where it has gone.. they just hope it has not found a way to the sea.

Look at Chernobyl.. still dealing with its issues, and this one just started.

Every time I read about it all, I just laugh at the stupidity we reach as a species sometimes.

The leak was discovered by workers on patrol at around 11:25 p.m. local time on Wednesday.


The leak was discovered visually by patrolling workers?

I would have thought they'd have sensors that reported anything out of the normal. Sent to the plant operator?

Or maybe it did… 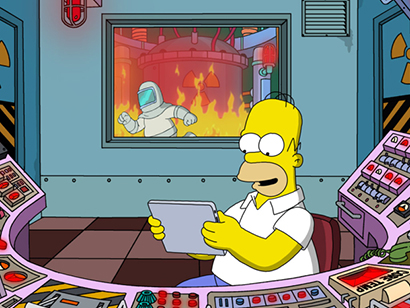 Not trying to undermine with a bit of humor. This is obviously serious and I hope they tackle the leak quickly and efficiently!
edit on 20-2-2014 by Lucid Lunacy because: (no reason given)

posted on Feb, 20 2014 @ 01:49 AM
link
The Simpsons are part of an Atomic Energy Commission propaganda programme to de-sensitise us to our inevitable death by radiation poisoning???.

Hey its ATS!, I'm allowed my daily dose of crazy. 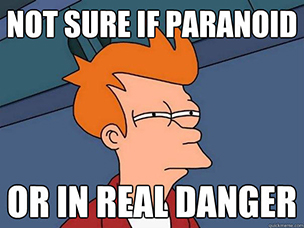 Lucid Lunacy
So what's the extent of the devastation if the 100 tons were to make it to sea?


Juan Carlos Lentijo, head of IAEA’s mission to Fukushima Daiichi, Dec. 4, 2013: “Controlled discharge is a regular practice in all the nuclear facilities in the world. And what we are trying to say here is to consider this as one of the options to contribute to a good balance of risks and to stabilize the facility for the long term.”

Yeah, I'm really looking forward to some Simpsons re-runs to ease my mind on this ELE

posted on Feb, 20 2014 @ 03:36 AM
link
radiation mmmmmm...cmon by now we should all know that radiation is good for you....maccas should be bringing out a "fillet of cesium" soon enough and you can have the option of plutonium sauce ....it will grow hair on your chest....wait a minute...maybe it wont you just do not need to shave anymore
edit on 20-2-2014 by hopenotfeariswhatweneed because: (no reason given)

posted on Feb, 20 2014 @ 03:59 AM
link
I cant remember if 100tonnes of nuclear waste spilling into the ocean/ground water is a high amount..
so much is leaking for so long and I've heard inedible figures thrown around.. is it? is this an ''out of the ordinary'' nuclear waste spill?

Are we ok because its actually a tiny amount, compared to the overall amount we've leaked into the sea's in the last 5yrs? so in the scheme of things, its just another day?

Its so hard to get authentic people taking genuine readings and samples to give a gods honest answer..

posted on Feb, 20 2014 @ 08:52 AM
link
Probably 3 times that amount and it is also highly probable that it leaked directly into the Pacific via a hose they attached to drain the tanks. Not buying they bologna anymore.

Pimpintology
Probably 3 times that amount and it is also highly probable that it leaked directly into the Pacific via a hose they attached to drain the tanks. Not buying they bologna anymore.

I would not rule any of that out.

Let's face it.. they want this thing to go away and quickly. You think they really care about what damage it does a generation down the road?


There is a vast amount of water in the Pacific Ocean and any leakage will dissipate to low or non detectable levels the further you get away from the plant... why heck, Tepco assures us that water samples right outside the port have non detectable levels of radiation, if you want to believe that.


Seriously though, this in NOT an ELE event. It's a very very bad situation, but so far it not effecting anybody except those in the general area of the NPP itself.