Drought is a ubiquitous feature of North American climate. The 1930s, 1950s and more recently the period from 1998 to 2005 were all characterized by severe drought conditions. The 1930s ‘Dust Bowl’ in particular has been considered as an icon of the toll that drought can take on humans and the landscape.

Despite the tremendous impact that these modern droughts have had onpeople and their economic, social, and agricultural systems, they are dwarfed in duration when compared to the megadroughts that affected the North America during the Holocene, e.g. the early to middle Holoce , and the medieval warm period (MWP, approximately 800–1300 AD) .

Tree ring records show that the medieval droughts persisted for decades and even an entire century during MWP. During these severe medieval droughts, the grass that currently covers the sand dunes of the Nebraska Sand Hills, the largest sand dune body in the western hemisphere, disappeared and the dunes became mobile, indicating drought conditions much more severe than that during the twentieth century dust bowl.

"Back in the United States, President Obama just the other day visited California, where millions of people are now experiencing the 13th month of the worst drought the state has seen in 500 years. And no relief is in sight. What used to be a 100-year or a 500-year event is now repeating itself within 10 years." - U.S. Secretary of State John Kerry - Feb. 2014

THREE consecutive years of drought, while they have stimulated the inventive resources of practical agriculturists, have had the natural effect of calling forth a plentiful crop of speculation from weather prophets and projectors, and half-instructed meteorologists, and all the philosophic tribe of Laputa in general, to whom the periodical press now affords such fatal facilities.

(...), every season is sure to be "extraordinary," almost every month one of the driest or wettest, or windiest, coldest or hottest, ever known. Much observation, which ought to correct a tendency to exaggerate, seems in some minds to have rather a tendency to increase it.

And many seem now to regard three dry hot years in succession as betokening some general change of climate, as if it was not perfectly certain, in the wide range of the table of what we call chances, that with our existing conditions of climate such a combination must every now and then recur. 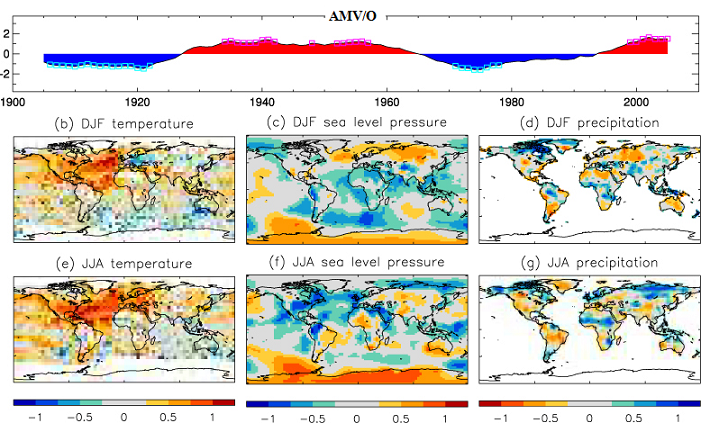 In the past decade, a growing body of evidence has shown a close relationship between North American drought and multidecadal variations of North Atlantic SST, i.e., the Atlantic Multidecadal Oscillation, or AMO. The AMO contains a roughly 60- to 80-year cycle.

During the AMO warm (cold) phases, SST over the entire North Atlantic Ocean show basin-wide positive (negative) anomalies. Enﬁeld et al. (2001) and Hu and Feng (2008) found that when the North Atlantic Ocean is warm (AMO warm phase), most of the US receives less than normal precipitation.

Gobal Oceans and Atmosphere are in constant interaction on timescales from less than a day to centuries and millennia. The interactions have large effects on temperature change and transport of water over the continents, leading to flooding at one extreme to drought on the other. 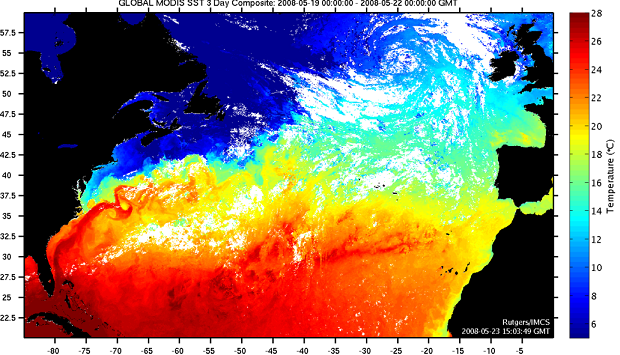 
The AMO is a near-global scale mode of observed multidecadal climate variability with alternating warm and cool phases over large parts of the Northern Hemisphere. Many prominent examples of regional multidecadal climate variability have been related to the AMO, such as North Eastern Brazilian and African Sahel rainfall, Atlantic hurricanes and North American and European climate.

The North America suffered from a severe megadrought during the MWP. Most of the US, northern Mexico, and the Canadian Prairie provinces during medieval times were drier than during the twentieth century. The largest changes occurred over the Great Plains and the southwest US.

The close relationship between North Atlantic SST and North American drought are also identiﬁed on centennial timescales during the Holocene. The warm North Atlantic during the MWP (AMO-like warm SST anomalies) is closely associated with the severe and persistent megadroughts in the North America. Our results further suggest that the medieval drought is just one of the recent droughts on centennial timescales that affected the North America.

In summary, our results suggest that the AMO and AMO-like SST variations in the North Atlantic Ocean are likely a major and consistent driver of the decadal and centennial timescale circulation and drought in the North America during the last 7.0 ka 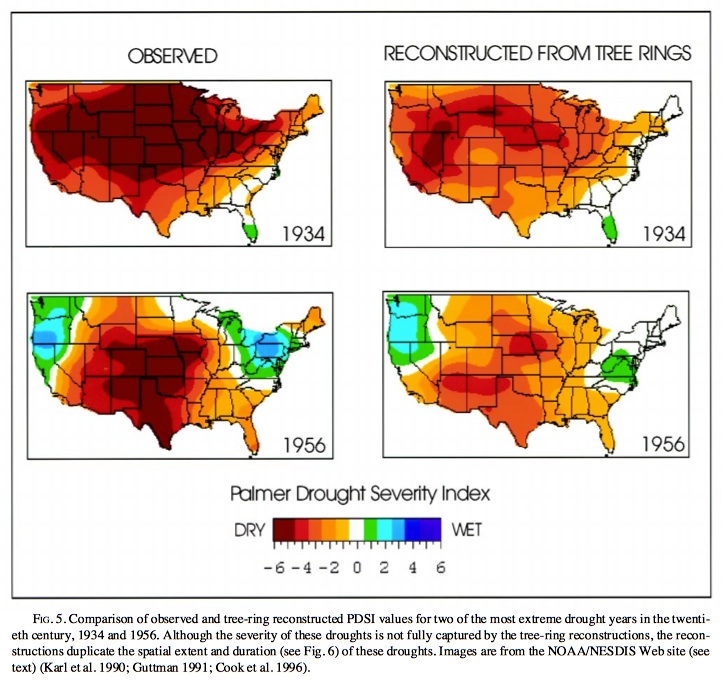 posted on Feb, 19 2014 @ 02:05 PM
link
What you report is basically true. However, unlike the past we have nuclear power and seawater conversion to fresh water. Time to get busy and they are building desalinization plant in CA and soon elsewhere. Plenty of water but we just have to take the sodium chloride out. My best,