Israel's Exodus Between Text and Memory, History and Imagination"


Video: Har Karkom–Archaeological Discoveries on a Holy Mountain in the Desert of Exodus
Emmanuel Anati discusses the possible location of Mt. Sinai 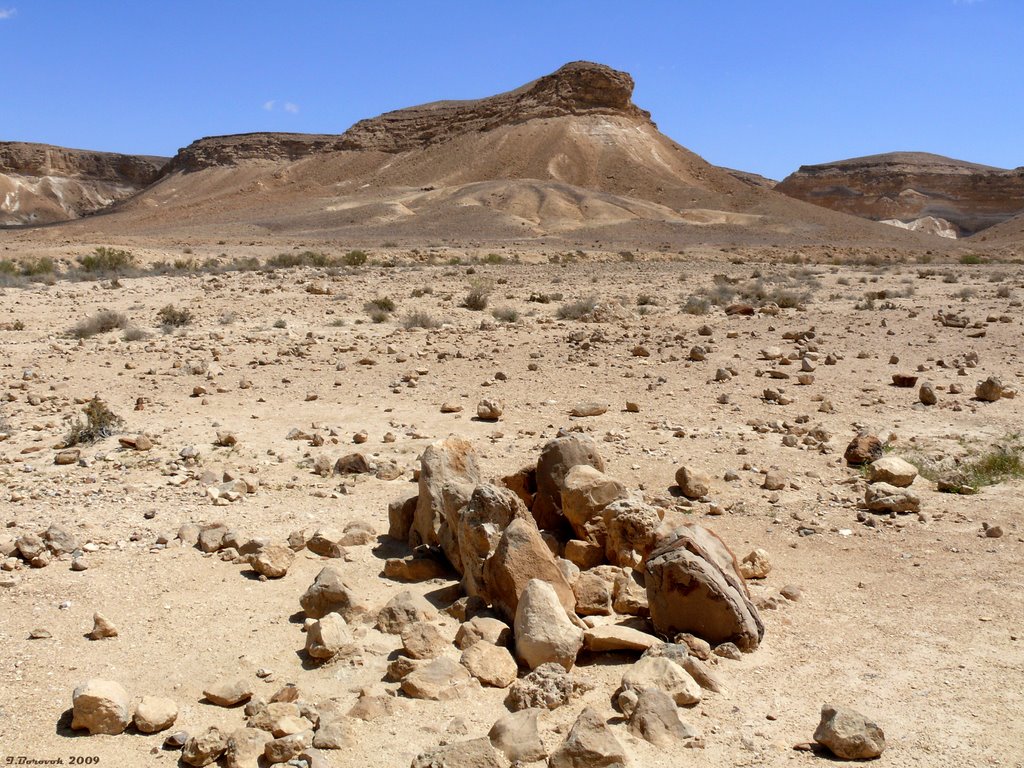 Twelve standing stones at the foot of the mountain, Har Karkom
edit on 102828p://bWednesday2014 by Stormdancer777 because: (no reason given) 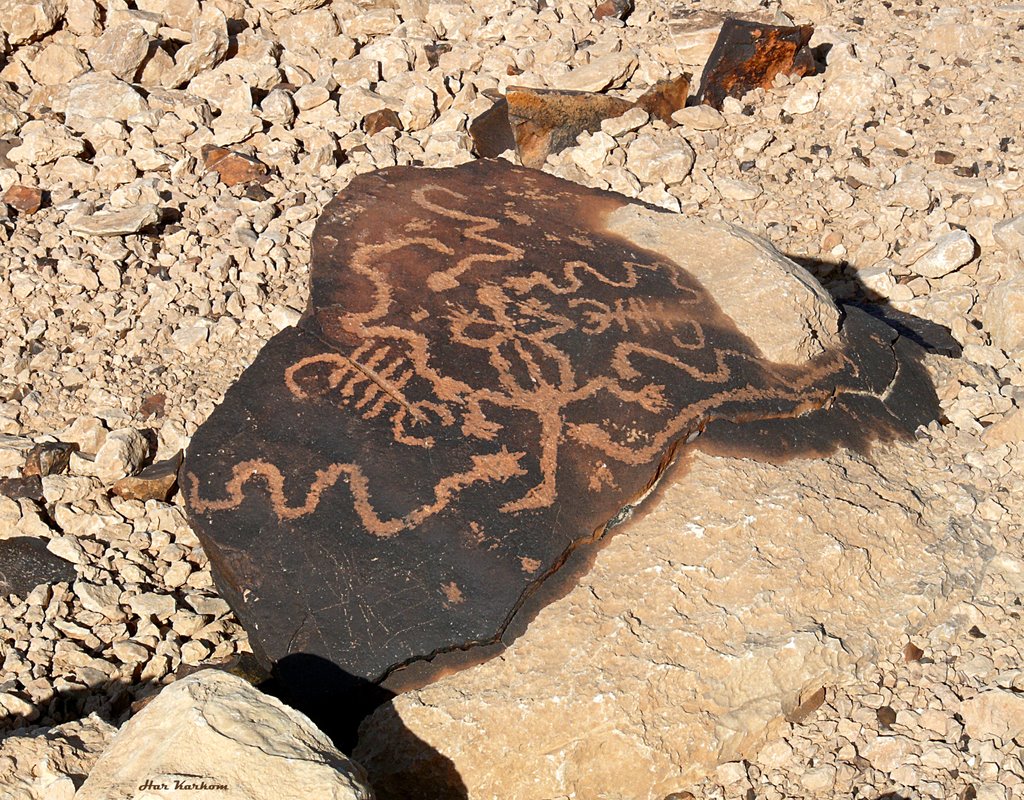 For some reason I am having technical difficulties, lol
edit on 102828p://bWednesday2014 by Stormdancer777 because: (no reason given) 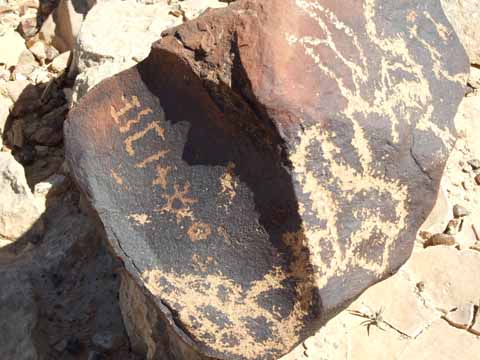 It can't be taken literally. It is a study in psychology and collective memory.

No wonder there is no archeological evidence to support Exodus as told in the bible.
There is none to be found.
edit on 2/19/2014 by FlyersFan because: (no reason given)


In 1994, a peculiar discovery concerned a cave, which was inhabited by a solitary human being in the Bronze Age. Hermit Cave, as it was called, had the remains of a fireplace, an area used as a bed like platform with the rock on one side and a row of stones on the other, shreds of a large water jar, two flint blades and a bone spatula. In addition remains of cooking were found, among which were ostrich egg shells (dated by C14 to 4130 +/- 50 BP = 2136 BC). Probably we will never know the name of this “hermit”, but now we have an archaeological testimony of an episode which is similar to that described in the Bible, of Moses who “went to the mountain and remained there by himself for 40 days” (Exodus, 24,18).


www.harkarkom.com...
According to his lecture yes.

What I have always been fascinated with is the standing stones and the alters, the rock art,

Small, black standing stone, with a heavy, dish-shaped stone in front, placed at the entrance to a small cave.

Fig. 162. Standing stone with anthropomorphic face whose eyes have been retouched by man, near a stone with a large basin-shaped depression

Fig. 163. Large stone with anthropomorphic face, with indications of eyebrows and a long, vertical nose, near a BAC site. The high level of erosion does not allow us to establish whether the forms are natural or emphasised by man.


Well. To me this isn't really anything new. That's HOW religions were passed down, through folklore and word of mouth, which is why I always explain to people that religion is just a big game of telephone.
The issue with people making these findings is they attempt to tie them with modern variations of the religion, for example the Jesus fish, has pretty much no meaning what so ever to modern Christianity, it was a symbol for a completely different denomination, and in today's world would actually be deemed a cult or something.
The picture with the supposed start of David doesn't really resemble it at all to be honest, it looks more like a symbol for the sun. The star has always been a mathematical shape, two triangles overlapping.

This has the aerial views that I find so fascinating.


Thank you this is not about this
www.biblicalarchaeology.org...

But the archeological sites in the OP video

posted on Feb, 19 2014 @ 11:40 AM
link
Fig. 152a/b. Standing stone with a rock engraving called 'the staff and the serpent.' The staff has horns which indicate energy or power, and the ideograms on the left include a 'u' sign and a parallel line with dots above and below. The 'u' sign in the ideographic conceptuality may signify transformation or change, while the dots indicate an action, or 'to do.' This standing stone probably commemorates the story of a powerful staff which became a serpent.


JERUSALEM, ISRAEL—The Israel Antiquities Authority (IAA) announced that salvage excavations in advance of work on a natural gas pipeline have revealed a small rural settlement that reached its greatest extent in the third century B.C., when the region was ruled by the Hellenistic Seleucid Dynasty. Like many other rural villages in Israel, the site was abandoned sometime in the first century B.C., when Herod the Great began his reign. "The phenomenon of villages and farms being abandoned at the beginning of Herod the Great's rule is one that we are familiar with from many rural sites in Judea," Jerusalem regional archaeologist Yuval Baruch explained in an IAA statement. "And it may be related to Herod's massive building projects in Jerusalem, particularly the construction of the Temple Mount, and the mass migration of villagers to the capital to work on these projects."


That doesn't look like the star of david to me...

I would say that looks more like sun worship...

Theres a theory that Moses was actually Aten, which is where mono theism started as far as I've read...

That one God was the sun...


Emmanuel Anati is founder and Executive Director of the Centro Camuno di Studi Preistorici in Capo di Ponte, Italy, and Professor Ordinarius (ret.) of Palaeo-ethnology at the University of Lecce, Italy.


In 1948 got the scientific maturity in the "Righi" institute of Rome. He then moved to Jerusalem, where he graduated in archaeology from the local Hebrew University in 1952. In 1959 Anati specialized in anthropology and social sciences at Harvard University. In 1960 he obtained a Ph.D. in Literature at the Sorbonne in Paris.

Anati has performed excavations and archaeological research in Israel (especially in the Negev desert), Spain, France and other European countries. Based on the results of his discoveries in the Sinai Peninsula Anati has become a supporter of the thesis that the Biblical Mount Sinai is not to be identified in the Gebel Katherina, but in Har Karkom instead.

These are his credentials and most of the pictures are from his studies and archeological investigations and interpretations.