Things Overheard at a Conservative Party of Canada/

Okay I live on the west coast of Canada and yesterday the place I work at (a local restaurant) hosted a get together/meet up for our local Conservative Political Party of Canada. www.conservative.ca... The reservation was for 60+ people and set for 2:00 PM. The following is what happened and why I now not only dislike the >insert F-bombs< conservatives but all politicians.

So our Chef prepared a beautiful menu with fresh salmon, steamed mussels, fresh raw oysters, tuna mousse on toasted french bread, fruits and veggies, fresh blackened cod and a few other things I don't remember. At about 2pm the floor manager gets an email saying the party will be late. They show up at 4:30pm.

Okay no big deal except now the dinning room is filled with 60-ish phat cats in suits and our regular dinner service is going to be affected. People come in for dinner starting around 5pm to 8pm it is when we are the most busy but I'll get to that later. The first people to arrive looked at the drink menu that we prepared it was a choice of craft beers and high balls for $5 each. One politician got mad at the manager for not providing Grey Goose on the cheep drinks menu. (Really..?) He made a fuss and my manager caved and gave him one Grey Goose drink at a very reduced price.

30 minutes later the food starts going out, it was set up on tables buffet style. The wait staff witnessed politicians grabbing whole fillets of fish with their bare hands and stacking it on plates. (Table manners? Not when your a Conservative..) They also were very demanding and loud I could hear them shouting and being the merry fat pigs they are from the kitchen. Okay it's just after 5:00 the regular customers start coming in....sorta. Some people would walk in the front doors look at the people in suits standing taking up 80% of the floor space and would just turn around and walk out. One table sat it was 4 people and they got up and left before the water even arrived because it was too loud. This went on until about 8:30 pm when they started to leave. At the same time my friends came in to have a few beers and some food.

6 of my friends came and sat at a corner table out of the way. One was a Native Indian, really great guy great sense of humor. He told me later when I was sitting with them after I was off about an hour later that he heard the following conversation between two a$$holes...er I mean Conservatives. He got up to go to the washroom and walked by their table.

Con. #1 "How will the First Nations feel about this?"

Con. #2 "You mean the dumb nations, lower the price of Scope and they should be fine for a while."

They both erupted into laughter after this. My native friend said it took every ounce of will power to not hit the guy.

I was blown away at how they conducted themselves in what they thought was a "privet function" oh on a good note they did tip well....

This picture sums up my thoughts on ALL politicians. 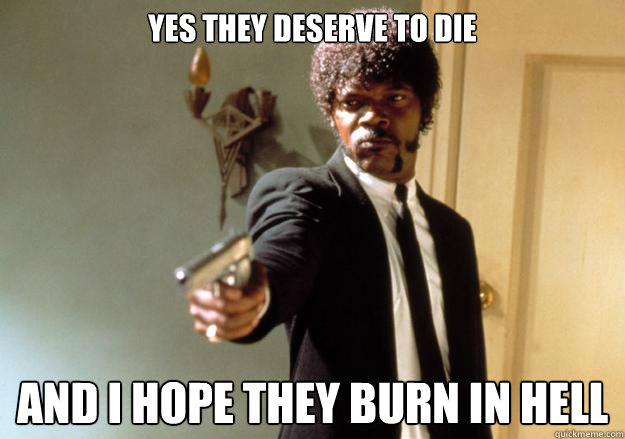 
OK then. Now tell us how you really feel.

Honestly most self absorbed elitist are the same I'd guess. You just got an overdose.


Overdose is right brother, I cannot imagine being in that 'I'm awesome no matter what' mind set. It's sad and scary for the fact that they are the ones running the mad house.


I really think more and more people around the world are getting sick and tired of politicians.


Reading your post brought visualizations of George Orwell's Animal Farm to mind. I think Orwell was right in making the leaders of the farm pigs that eventually become humans. Next time, the restaurant should just set up a food trough and add grey goose to that drink menu (why is it always Grey Goose? popular oil industry exec drink too!). Ply them with enough alcohol and they probably won't notice the difference.

Yep, pigs indeed. Tell your native friend sorry for me.


I understand your pain in having to witness humans being unPC humans. Isn't it truly fortunate that others of us can be so correct in everyway that we can put aside our own personal persuasions of politics and whatnot and pass judgment upon those rotten bastards we don't like anyway?

posted on Feb, 19 2014 @ 12:35 AM
link
From one super frustrated Canadian to another, your anger is beyond well justified. I hope there are some major changes next elections...

Be very careful as to hoping for big change .Remember our brothers and sisters to the south and the change they got .We really shouldnt be too shocked at politicians and how they can really be ..,they are for the most part lawyers after-all ...peace


Well being the daughter of a phat kat father, I came to the conclusion that the finer things in life usually tasted like crap. Kind of makes me think that it's a kind of tastebud variant of the Emperor's New Clothes. Of course, when I stated that opinion, I was informed that it's because my tastes weren't "refined enough" yet. lol