posted on Feb, 6 2014 @ 09:44 PM
link
Ok, it's political as far as I'm concerned, but the new Google logo has the six gay pride colors and not the 5 Olympic colors yet they 'give the impression' they are supporting the Sochi Winter Olympic season.

It's a kind of subtle homosexual political push by some gay google designer. The six gay pride colors have NOTHING to do with sport in Sochi.


Those are also the colors seen when light is viewed through a prism.

Does that make prisms gay?


So it is distorted light, same as homos are distorted people? Is that what you're saying.


What? How and why did you get that from what I wrote?

Just in case you are serious my point is just because something has colors of a prism doesn't automatically make a gay reference.

There are 6 colors because there are 6 letters in GOOGLE.


Supporting the rights of the LGBT community does not make a person or company gay.

There is nothing subtle about the image, if you click it you will see that it is a form of protest against Russia's anti-gay stance while hosing the Olympics.

"The practice of sport is a human right. Every individual must have the possibility of practicing sport, without discrimination of any kind and in the Olympic spirit, which requires mutual understanding with a spirit of friendship, solidarity and fair play" - Olympic charter

Discriminating against the LGBT community while hosting the Olympics goes against the core of what the Olympics represent, and this is Google' s way of protesting.
edit on 2/6/2014 by xDeadcowx because: more


You are probably wrong...

LA Times apparently feels that it's deliberate & the op picked up on it...

Google takes stand against anti-gay law at Sochi Winter Olympics www.latimes.com... R5jU
edit on 6-2-2014 by coldkidc because: (no reason given)

posted on Feb, 6 2014 @ 10:30 PM
link
A flag for the thread, which has and will focus on the beautiful statement by Google. Nice work, even though they will spy on us as we applaud them.


I was an acquaintance of the fellow who made a certain logo with a bite out of an apple...

He was ( RIP ) gay as hell , but - I don't know enough about ' gay imagery ' to read anything into the bitten into apple. I don't remember if the apple was any particular sequence of hues. 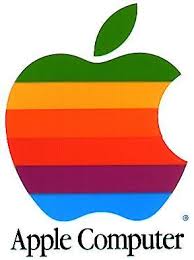 MadMax9
Ok, it's political as far as I'm concerned, but the new Google logo has the six gay pride colors and not the 5 Olympic colors yet they 'give the impression' they are supporting the Sochi Winter Olympic season.

It's a kind of subtle homosexual political push by some gay google designer. The six gay pride colors have NOTHING to do with sport in Sochi.

Yeah, it's political. It's the tail wagging the dog, again. I believe in equal rights, but I don't need to see or hear this lobbying 24/7/365 from a group that represents 2 to 3% of the population dynamic, I guess that's one of the reasons I don't use google. But it's the CEO of google's decision, if they want to cater to 2-3% of the population and risk loosing the other 97 to 98%, well, so be it. If Russia has a problem with the LGBT community, don't go to Russia, simple.

It's time all these people lobbying for everything under the sun, that do not represent the majority of the people, got over themselves and that's not just the LGBT's but the ADL, Black Panthers, muslims, etc. Otherwise, let's have some equality in the creation of "groups" so it becomes a hate crime if someone bashes christians or insults whites or berates hetreosexuals, etc. One rule fits all or that one rule fits none.

How did you know I was talking about that apple . Does look like a pretty frickin' gay apple , though . LOL.

posted on Feb, 6 2014 @ 11:03 PM
link
Hmmm. Russian olympics. Russian guy saying there are no gays in russia. Russians saying "oh we dont mind gays, but stay away from the kids u guys."

Not like google to make points on topical issues. Must be a gay push. Turn all the straights into flowers.

posted on Feb, 6 2014 @ 11:35 PM
link
Didn't being gay used to be an Olympic event (I think it evolved into wrestling)?
It's probably cause there are six letters but considering Russia's regressive laws I hope this was somebody's idea of an easter egg. No harm done, no reaction required.
Gay people aren't going to end up having their way with you because something comes in six different colors.

So it is distorted light, same as homos are distorted people? Is that what you're saying.


Why no yellow? and 2 shades of Orange? Why no white? Is it because I'm white and multi culturism has made me a PC toothless tiger and silenced my voice?

This is gone on long enough. I wonder if Google is refusing ad revenue from Russia? yeah right.

I'm boycotting the Olympics and/or Google