dreamingawake
I'm not familiar with this person, but loss nonetheless, I am sure. It's sad that there was hoaxes about his passing that it actually came to be. BTW, The WSJ page says "Page Unavailable", the second links works though.

Thanks. The link was working when I posted. Even the WSJ link on twitter where i sourced it is dead.

This guy made me laugh, think or just go wow on some of his performances. A sad loss. 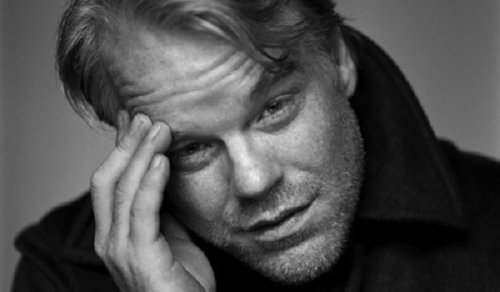 
May you rest in peace.

kalunom
Uh-oh for the Hunger Games.

My thoughts exactly. I just looked on IMDB and saw that only the last part of Mockingjay really stands to take a hit from his sudden worldly departure. Hopefully, they can move forward and release the last two installations as something of a nod to his life and career.

so many great roles in great movies

he will be sorely missed

He was always so good in everything he was in. I was always hoping for a Big Lebowski sequel, but it just wouldn't be the same without "Brandt".

Doodle19815
I could be completely wrong here, but isn't heroine use usually accompanied with weight loss? And is one physically able to shoot enough in the arm to OD with the needle still hanging...

RIP to someone I thought was really interesting.

I guess I am a conspiracy - sensitive person ... but - do I have to think the passport at ground zero was a coincidence , now ? I always cringe at news of an in - your - face smoking gun... even though most ' smoking guns ' are exactly what they seem.


So many folks I knew who were brilliant and full of promise have been removed from the world due to heroin, in particular.

I really liked PSH's work... too bad. Tragic, actually, but all the other od deaths are just as tragic.

As far as not feeling sympathy for drug overdoses, that's the mainstream line... an "oh well, they were stupid," washing of one's hands of it... but the reality is FAR more complex.

It's a murky mix of illegality making dosing unsure (as in all overdoses) and individual psychiatry and biology. Some people don't chose to be addicted and some people can't function without a drug because of a lack in their own brain chemistry.

A blanket comment doesn't work with drug abuse, but making it illegal and declaring "war" against those who do it for whatever reason is the height of stupidity and will fix nothing.


Had to click the article to see who he was.

I haven't bothered to watch TV or go to an overpriced movie in years.

But, it's still sad.


they already finished filming part 1 of the third book, they are filming part 2 now, I read the books, not sure how big his part is in the 3rd book or how many of his scenes were already filmed......I am sure an announcement will be made. such a shame...mighty fine actor he was.


not sure if this relates to the passport of 911.... far different circumstances...

But I agree in this case the needle in the arm may look like a smoking gun but probably nothing, just there because PSH left us before he could remove it :/

Damn that puts a bit of a bummer on the day.

posted on Feb, 2 2014 @ 02:25 PM
link
Does sound fishy, died while in the act of injecting.
Do not understand anything about any drugs or its addicts, but condolences to his family.

posted on Feb, 2 2014 @ 02:29 PM
link
Wow, nearly two pages and no mention of the fact that one of his most recent leading roles was that of the L. Ron Hubbard esque (BUT CERTAINLY NOT LRH, SCIENTOLOGY LAWYERS) character in the not-at-all-about-Scientology movie, The Master.

Indeed. A tremendous loss to the acting world. If it's just a straight overdose, another example of why you just shouldn't mess with the hard stuff.

BigfootNZ
Damn, he was a very good actor, whos been in a lot of very good films (ive seen quite a few of his)... would never have taken him as a drug user, or at least not of the type that would actually kill you.

Damn that puts a bit of a bummer on the day.

Apparently, he had been clean for, according to him, 23 years, and recently relapsed (last year) and went through rehab & detox last year. Also read that there was quite a bit of empty and full baggies found. So it seems like he went back using hard. And since he was a lot older...
edit on 2-2-2014 by Liquesence because: (no reason given)

posted on Feb, 2 2014 @ 02:30 PM
link
Hollywood is an empty place to encourage and enable so many in this kind of behavior and lifestyle. There are too many dropping from substance abuse out there for it all to be coincidence. This is the culture.

I would think twice before encouraging anyone I know to go try to break into it.


But I have no sympathy for drug overdoses....just a waste.


You have no sympathy for people that deal with addiction get sober for 23 years and then relapse and almost immediately start seeking treatment? Addiction is a terrible disease that will tear someones life apart, if you don't grasp that it's not the users fault it's the drug then I don't know what to tell you.