posted on Feb, 2 2014 @ 01:41 PM
link
The same people talking about martial law and oppression, I think, would be the first to cry out in indignation if something actually did attack the Superbowl and lives were lost. Either this government isn't doing its job, or it's doing its job too well. In other words, there's no winning with you people. Has anyone noticed that?
edit on 2-2-2014 by AfterInfinity because: (no reason given)

Thanks for sharing....I don't have T.V. but am being forced to go to a Super Bowl party that is a 2 hour drive away.

Not if it means sacrificing liberty.

Id rather suffer and die being free, than be comfortable and cozzy living as a slave.

Liberty is being able to choose whether or not to attend the event. I think you are confused

Thanks for sharing....I don't have T.V. but am being forced to go to a Super Bowl party that is a 2 hour drive away.

There are some of us who don't have a life who would be glad for any reason to spend a few hours laughing and drinking with good buddies. That's the spirit of the Superbowl: good game, good people, great times.

posted on Feb, 2 2014 @ 01:51 PM
link
Yes, it's a big event so it can be expected to have heightened security. Though, it's good to pay attention to what kind of security is going on, how this is changing or staying the same, etc., to be aware. Perhaps as mentioned in the OP, "fixed" for a reason, with numerous things to look at and more then what is mentioned. Two states that are similar in a new law( cannot mention and suggest others to not) being in the super bowl, coincidence or not and why for. Mere promotion or something nefarious?

posted on Feb, 2 2014 @ 01:54 PM
link
Imo I think they're taking advantage of the amount of people and are basically practicing

AfterInfinity
The same people talking about martial law and oppression, I think, would be the first to cry out in indignation if something actually did attack the Superbowl and lives were lost. Either this government isn't doing its job, or it's doing its job too well. In other words, there's no winning with you people. Has anyone noticed that?
edit on 2-2-2014 by AfterInfinity because: (no reason given)

Probably because we are now finding out they listen to damn near everything any one in the US says and they say they do it to stop said attacks..
People get tried of having liberties taken from for them cause of national security and then the people taking those rights and liberties don't do what they say they are doing...
This looks like a dry run an moving massive amounts of people to a designated spot and forcing the mass to only use predetermined transportation.

Saying you can't walk to the stadium.... Since when? If you can legally walk to the stadium, which i am not aware of many that you are literally unable to walk up to the front gate. Most built in downtown areas, easily accessible by foot.

Extra security should inconvenience the paying customer, especially when the parties involved and hosting this event are coming out of it with their pockets stuffed with greenbacks

It's not the 1st Superbowl, so why such "security measures".

Because each superbowl provides it's own set of unique circumstances that's why.

The outcome of tonight's game has already been decided.

So care to tell us that can't stay up for the whole game what the outcome is?

Since you say it has already been decided, then you shouldn't have a problem with that bit of info now should you?


You dont have special "rights" and "liberties" when it comes to attending private events. When you purchase a ticket to said event, you are consenting to the security measures

The outcome of tonight's game has already been decided.

So care to tell us that can't stay up for the whole game what the outcome is?

Since you say it has already been decided, then you shouldn't have a problem with that bit of info now should you?

Yeah, hard to believe any sane person could actually think that this could happen

posted on Feb, 2 2014 @ 03:01 PM
link
Agreed why wouldn't they want an event like the Superbowl to be secure, it has to be Marital Law..of course you apparently don't really know what martial law is but that is okay.

"The broadcast will reach 198 countries and territories in more than 25 languages. Media from 24 countries will provide on-site coverage, and more than 100 stations are broadcasting live"

Yup, no reason to secure that venue.


As others have asked, what will be the final score of tonight's game? Apparently you have the answer...

I don't understand the Bruno Mars/Red Hot Chil(ly)I Peppers reference to the antichrist? Are you saying that Flea is the antichrist or something along those lines?

Security is ramped up because it is a huge event and near NYC. Funny how we celebrate when someone on this board states that they are prepared for anything but let the local/state/fed gov't prepare for anything and obviously it's a conspiracy to enact martial law, shred the Constitution and take my guns. The NFL is a business, that business wants security for this event and they are paying for that security. Edited to correct my statement...NJ is picking up the tab for security along with tax breaks to the NFL. Also, if you're looking for a conspiracy, look no further than the NFL. Why are they listed as a tax exempt organization? They are probably the shadow gov't/Illuminati that everyone is worried about!

posted on Feb, 2 2014 @ 03:44 PM
link
The final outcome of the game, will be that which benefits Vegas the most $$$; or maybe it will be a false flag. Metlife Stadium is a brand new stadium; and check out the Ley line it's on. 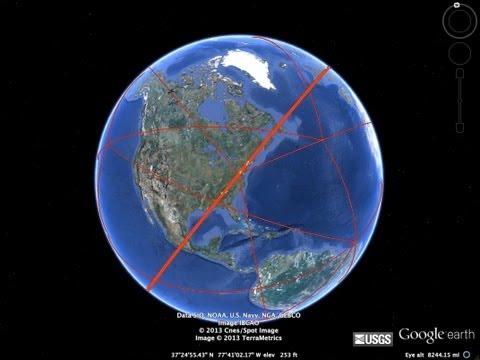 Wouldn't it be something, if Martial Law was in place, ready to go, and all they need, now, is a "terrorist attack".


The fix is in; racketeering at its finest hour.

You may notice that the New Jersey State Police Sports Complex Unit has a noticeable high percentage of troopers that are very big, look like thugs, and we assure you – act like thugs. Seven of us have witnessed experiences with them, with varying degrees of rudeness, misery and disgust.

There are traitors within this local state police force who will be enabling the apparent foreigners, in the stadium and in the whole complex. It has been harder for us to be exact with numbers of US federal agents in on the false flag fix, but we have confirmed they to be from DHS, NSA, FBI and Blackwater. For the Treason Bowl, there may be as many as 11 armed “foreign terrorists” in the stadium itself, being another 8 of them in the rest of the complex, including Meadowlands Station.

A heavier-than-air poison gas will be brought in with the C02 canisters that are used by soft drink vendors. It will not be a quick killer as chlorine gas, but rather a gas that causes more physical contortions and suffering, for high-impact live video. This heavier-than-air poison will first target the field level, most notably the athletes on the field. Specific placement of bombs will insure that no one leaves the field level, ala the closed choke points. False flag Islamic demands will be posted for the release of “freedom fighters” in Guantanamo, but primarily for the exit of U.S. forces from Afghanistan.


It was not until seeing the position of the planet Mars (and what it was near) including the other planets, until things became clear. The name “Mars” will be evoked in order to “call it out” in the heavens. At the time of the Silver Gate alignment over Super Bowl 48, the planet Mars will be in the constellation Virgo. I believe this is a birthing constellation which can capture the planetary influence occulting it.

In the Stellarium software package I use, I was stunned to make the connection with the planet Mars, aligned near the wheat in the left hand of Virgo. In my opinion, this represented war on the “wheat!” By wheat, I mean the children of the Most High, or better yet how Jesus referenced the wheat in the parable of the wheat vs. the tares! I believe this ritual will initiate a destruction process against Believers.

I am calling 2014, the “Year of the Blood” because much of it will be spilled in 2014. If the cloned body of Nimrod/Marduk has been reunited with his body, he has returned for war and major blood shed. Now I am seeing Mars “the planet of destruction” aligned directly next to the “wheat” in the hand of Virgo. So many signs are pointing to 2014 as the year of mass horror!

Here's some more stuff, to make you say....hmmmmmm

Ahh..numerology...this is where you jumped the shark.


So, if nothing happens besides a football game, does that mean that Numerology is false and we can stop reading about it on this site? Will you come back on here after the game and state that what you have posted is false? Will you take responsibility for the BS?

Maybe the numbers just mean it will be a good game...