Another anomaly from Mars - this time it is a Leg


I doubt it, feet generally don't have handle bars where the toes should be.


I doubt it, feet generally don't have handle bars where the toes should be.


I've been looking at the picture quite a bit and do find it strange , you mention the handle bar ...that's what I find strange , optical illusion or is it attached to the rock ? ...Odd 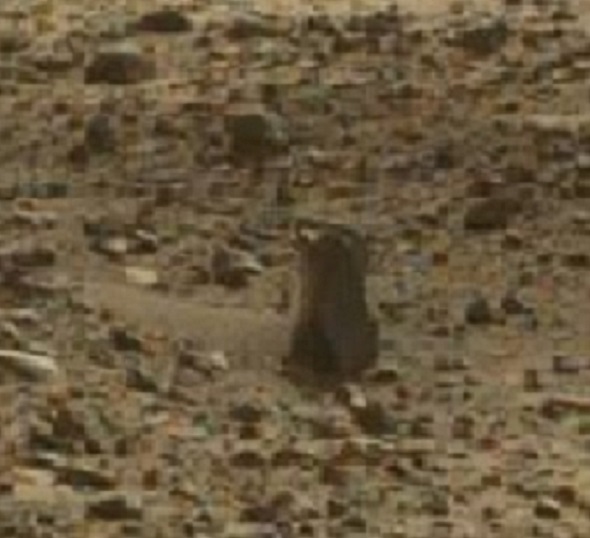 I would really like to see a higher rez picture of that rock.


To me it looks like a seal. Martian seals have buried their buddy up to his waist poor thing.

gortex
I would really like to see a higher rez picture of that rock.


Not very likely, as this, like most "anomalies", was found too far away from the camera, in a place where the rover didn't went.


ive looked , nothing ..heress a video of someone messing around with levels to see if anything , er "pops"

Perhaps we need an Arken Certification before posting pictures of rocks.


Hi ArMaP , I fear you are probably right , any thoughts on the possible anomaly ?

Thanks for the video funbox

posted on Feb, 2 2014 @ 08:29 AM
link
Back in the day there was a group of females vaguely affiliated with Frank Zappa and they were named the 'Plaster-Casters'. Primarily what they did was to take a cast of ahem...male body parts, for posterity (one hopes). Jimi Hendrix was one of their victims.

I'm wondering if somehow they've move onto legs, and somehow one of their casts made it to Mars. It certainly looks like it's got its own carrying handle. Perhaps David Bowie took it there when he filmed the video clip to 'Life on Mars'. 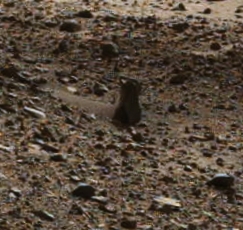 To me it would appear more like a lantern or some kind of container...look at the way the 'handle' nicely curves inward at the sides and connects with the "whatever"
edit on 2-2-2014 by Thorneblood because: (no reason given)


Thanks for that Thorneblood , it's been a while since I've seen a real Martian anomaly to get exited about
Seeing the Tiff seems to confirm it is on the rock and not an illusion , very interesting


Hi ArMaP , I fear you are probably right , any thoughts on the possible anomaly ?

It looks like a piece of rock, and I don't think the "handle" is part of the rock but something behind it. As we don't have a stereo pair we cannot really know if it is or not.

posted on Feb, 2 2014 @ 12:29 PM
link
Is it me or anyone noticed that the newer released Photos have lost their reddish tinge and do I detect wispy cloud in the picture?

crayzeed
Is it me or anyone noticed that the newer released Photos have lost their reddish tinge and do I detect wispy cloud in the picture?


It depends, the white balanced photos don't have the reddish tinge, but they never had.
As for clouds, I think that you are seeing is the far away crater rim. But there are some photos with clouds.

Maybe Hugo left his handbag and the pterodactyl has come to get it for him.

posted on Feb, 2 2014 @ 03:23 PM
link
It looks like the poor feller just walked until his dang shoes blew out. Then decided "ah to hell with it" and laid down and died right there.

Interesting he still has his shoes on.


i can see why you might of thought leg but
Gotta go for the handle on this one, most likely a pipe block of some sort.
nice find though 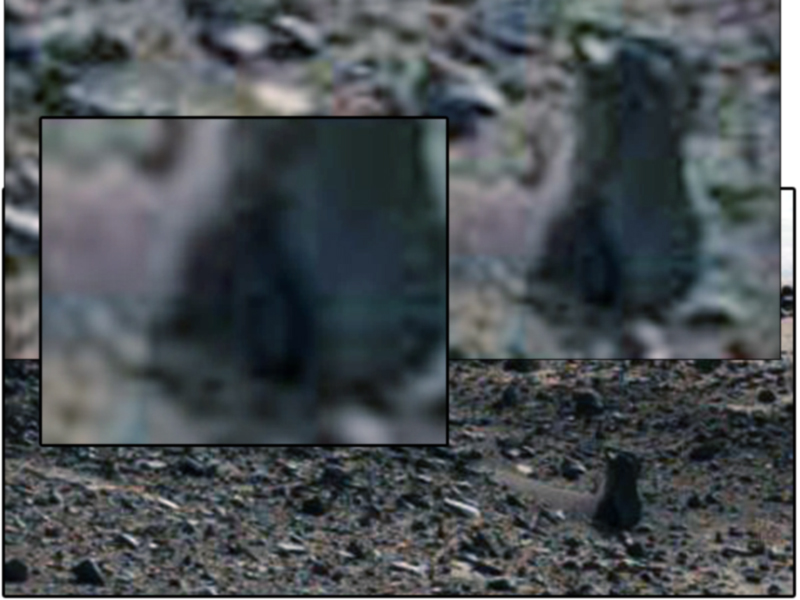 funBox
edit on 9-2-2014 by funbox because: additional information wolves