sdcigarpig
When I first heard about this, yes it was horrifying, but then again having time to reflect the following can be stated:

While it is a terrible thing to do to a child, that they have to have the food taken away, who is at fault for this entire incident, if you look at the situation and facts that have occurred? The parents, ultimately are at fault and here is how I came to that conclusion and the facts:

Students came in, got lunch, then as they checked out, it was discovered that they had a negative balance on their books, and the lunch that was provided was taken away, given an alternate more embarrassing lunch and the parents are all upset.

But then again, this is only half of the story as it stands and chances are what is not being stated was the number of times that notices were sent home to the parents, or mailed to inform the parents that the childs account was at a negative amount, that if they did not put more money on the childs books that the child would not be eligible or able to get a hot lunch. The employees would not know who all is eligible for such until it is rung up. And if the parents are choosing to ignore the notices or the students are not bringing home the notices to the parents, then there is a problem with the communication issue that should be resolved.

As sad as it is, the fault lies there, not in the policies, as most food services departments are working with strict policies and the schools often use the food services as a cash cow to short change them. The lesson is to keep track of the childs accounts and make sure that it remains on the positive balance, and that they do not ignore the notices that come in. And if the family is hurting financially, they should be able to get on the free and reduce lunch program, but it means going in, filling out the paperwork and providing the proof of such. What many people do not realize, that showing proof of receiving food stamps means that the child is automatically eligible for the free lunch program, which in turn helps out the school and district with grants and other programs offered by the state and federal levels of government.


According to the source, no parents received any kind of notification.
Also, in case that source isn't enough, here is a local source reporting on the story.


I agree. Regardless of the circumstances, it was pretty mean to subject these children to this kind of embarrassment. Elementary kids cannot process this level of shame like adults can - it can be very damaging. They are not at fault, yet they are being punished.


That is just shameful. People are becoming screwier every year it seems.
I don't know what to make of it.

All qualified and educated of course.

Blame and persecute the victims.

They screwed up the "notifications".

posted on Jan, 30 2014 @ 04:22 PM
link
Taking food from hungry kids and binning it in front of them without a thought - you have to be the worst kind of bastard to be capable of something like that.

It's best to steer clear of such people, because when TSHTF these are the type who will think nothing of sacrificing you and yours to save their own selfish sorry arses.

posted on Jan, 30 2014 @ 04:26 PM
link
When i was a kid, I would always get the "think about the starving kids in Africa or China" routine, just to make me eat my dinner or else go to bed hungry. These days kids are lucky to have enough to eat at home and school is the only place they will get a healthy meal. With parents being low income or none at all, deciding on rent or medicine or food is a big concern. Also with the Ob' administration saying that kids can't take a home packed meal for lunch, they are forcing people to pay for something they cannot afford (much like the obamacare). If they are going to institute these type of Nazi rules on the population, then they should provide school lunches included in the budget. It won't be long ..w8tn4it. P.S. I think the staff should be fired and let them see what it's like to have food taken right out of their mouths, those dirty d-bags!
edit on 3/2/13 by w8tn4it because: left something out

posted on Jan, 30 2014 @ 04:36 PM
link
I'm here in Salt Lake and have heard a bit about this today. It totally doesn't make sense for them to throw away the food, but thank Michelle Obama for that one, they aren't allowed to reserve the food after it's been served. They should've just given it to the kids. On another note, the school does have a 5 day grace period for parents to pay and they can even check balances online. The kids alone would've been told 5 times before that they were out of money. Of course we can't expect them to understand it. But out of the whole school only 40 didn't receive notifications? Either a really random issue that singled them out or the parents just didn't pay and now they point fingers. I would hold the parents more accountable for this. They should be a bit more involved.

I do not understand why the school officials did not simply send the kids home with a note that stated they are overdue plus lunch for today along with a application for the free lunch program.

How a person could take food out of a childs mouth and then throw it away (in front of other students no less) is beyond me. Disgusting, monsters, i'm normally not quick to jump on the whole "your fired" bandwagon, but in this instance the person who orhestrated this needs to be fired.

The people who work with kids are suppossed to care for children. Who the hell is teaching these people to have no empathy.

Why did no adult offer to pay for it?


olaru12
Apparently the story has gone viral and the school administration is offering apologies.

They should be offering their own resignations.
Taking food from the kids pffft..

Feed the kids and deal with the bill with the parents/guardians later.


I completely agree. Is it really that difficult to call the parents later?

Something similar happened to me in 1st or 2nd grade. I forgot to bring my lunch money ($1.50) and they wouldn't give me anything. I remember being so embarrassed and not to mention, hungry. That was the only time I forgot to bring money. It wasn't like I was a "habitual offender".


this is old news, this has happened to my peers and i since elementary school, if you cant pay for the regular slop, you got a sunbutter sandwich on stale white bread, and a milk.

i guess you yuppie types aint too used to the reality of capitalism.


Wow, conspiracy theorists get dumber by the day.

Schools are county or state, which are local governments.

It totally doesn't make sense for them to throw away the food, but thank Michelle Obama for that one, they aren't allowed to reserve the food after it's been served.

Huh. What does "reserve" the food mean and why would I thank Michelle Obama for that?

posted on Jan, 30 2014 @ 06:45 PM
link
At our school, kids who can't afford food/late payment are at least offered a peanut butter sandwich and fruit (for free) just so they can eat. But to take the food away and THROW IT AWAY... AFTER being served is rediculous.

OMG what is wrong with these people?


The funny thing is that their food was taken and thrown away, THEN they were given fruit and milk as a substitute.

In many school districts the food service department and the school are often considered separate parts of the school. Those running the food service department, as most of this is all computerized, should be able to run a report on a weekly basis, and send letters out on a regular basis, to keep the parent informed of the status of the account of the student, to include if it is in a negative status.

At one time I did work in a kitchen and part of my job was to pull a report and print out letters and mail them immediately should the students account become in a negative balance. Also if the account was in a negative account, then they would be given milk, fruit and a peanut butter sandwich to eat, until the account was brought back into the positive. While yes there were parents that would complain, but at the same time how many letters did it take before they got the point to send money in to pay for their children to eat?

As far as the food being tossed, that would be standard as it is a part of food safety. You can not just turn around and give it to another child, nor can one simply just recycle it. Once it is served, then it is either eaten or tossed.

Pimpintology
Could have been handled better but, what are the parents thinking? It's their job to make sure their child eats. How come they didn't pack them a lunch or give them money? How come the parents didn't contact the school and arrange something? Parents don't want any responsibility these days. There is a school lunch program for anyone that is poor. Heck they will even give them free breakfast. This is the parents fault not the schools. Being poor has nothing to do with this.

I would doubt that it was a bill that gets sent to the house. More than likely I would imagine it was a bill the child was given to take home, that they never received. Because hey let's face it children aren't likely to give Mom and Dad any note sent home from school. 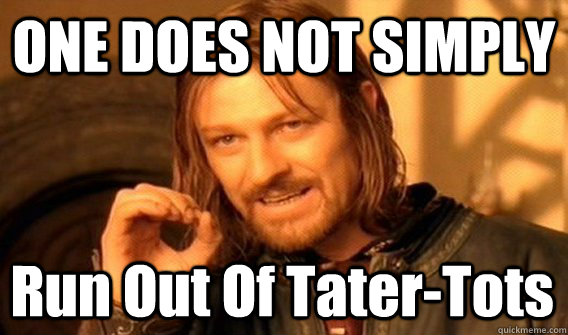