Did Pepsi "WHITE OUT" the hispanic girl in thier "first halftime" commercial.

posted on Jan, 29 2014 @ 06:12 PM
link
OK, this has been bothering me quite a bit. I've got a thread where I look up the hot chicks I see in commercials to satisfy my curiosity and keep my internet search skills sharp. Anyway, I decided to look up the hot, Courtney Cox looking chick from this Pepsi commercial.

It didn't take long to find her but, when I did, I thought there must be some type of error; the girl in the commercial looks white as the driven snow and I was sure she had to be Irish or something. Turns out she's really a Latina and a damn good looking one at that.

Her name is Amanda Vaez Phillips. 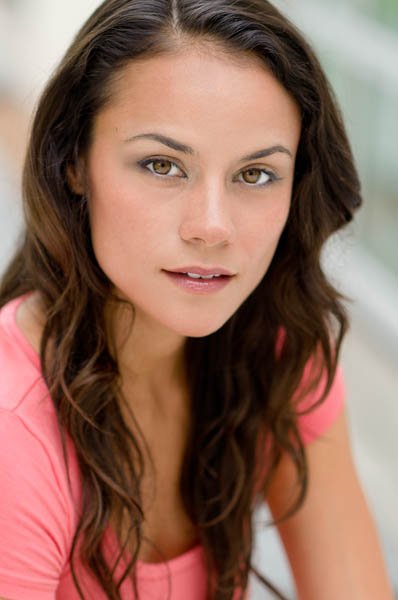 She's been in some pretty big movies but, not in many leading roles yet.

The strange thing I noticed about this is that they seem to have "whited" her out for this commercial. Sure, all the girls in this commercial seem to be wearing quite a bit of makeup but, Phillips seems to be even whiter than the rest. She's pale as the driven snow, making her look like an Irish girl, instead of an olive-skinned Hispanic. And is it just me or do her eyes look blue in that commercial? 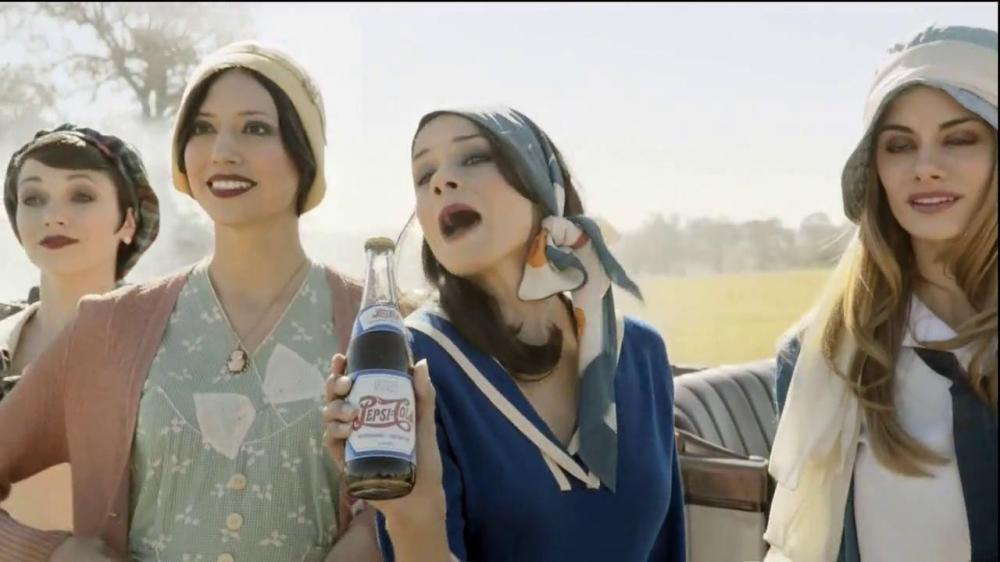 I'm just wondering why Pepsi would alter her ethnicity like that. Was it unintentional, a result of the old fashioned pancake makeup, or is the reason deeper, maybe they want to appeal to a whiter crowd or were afraid of having a Hispanic featured in their commercial? Maybe they're afraid someone might think its a comment on the current immigration debate and they don't want to go there? Does this mean Pepsi is racist?

A lot of advertizements seem to go out of their way to be inclusive of all races in their advertizing, putting a mix of races into even the most inappropriate of circumstances. You would think that Pepsi should have embraced her ethnicity to broaden their appeal to every demographic.

I just can't see why they would "white out" this lovely girl for their commercial. She's certainly hot enough to turn heads, no matter what her ethnicity.

Pepsi would have no reason to "White her out". If they didn't want a Latino in the commercial they wouldn't have hired one, simple as that.

posted on Jan, 29 2014 @ 06:27 PM
link
Also considering its a period piece. I think thick on the white powder was popular in that time. So it would be fitting for that commercial.


I could buy into that if it was just the first part of the commercial in which she looked like that but, after they fast forward her to the present time, standing in the stadium, she still looks like a pale Irish girl. It could be the result to the harsh stadium lights reflecting off her facial features but, it seems like too much of a coincidence to me.

Also, the more times I watch it, the more certain I am that they tinted her eyes blue in the commercial.

It just seems wired to me.


Yes I did see her morph to present time. Didn't catch the blue eyes.
Not sure how to answer that for you.
She was drinking a Pepsi...so maybe it was for affect that her eyes turned Pepsi logo blue...
Hmm..ya stumped me there.

I have a soda stream...lol

Pepsi is trying to promote the white race as being superior so they intentionally hired a latino female and made her look white on purpose as a way to show how we can make everyone white and therefore better.


Which one seems more believable.

I'll bet you still argue over it.


If it's any consolation, she's probably a horrible person. Not someone you'd REALLY like to know. Actresses/models like that are generally not very good people.

posted on Jan, 29 2014 @ 07:52 PM
link
I've seen her in other things and depending on the lighting she looks very pale, she also has been known to wear different colored contacts from time to time.

I'm partially Latina, partially Asian, partially European and I have the darker tannish/yellowish skin tone, and in some pictures even I look very bright white, so I think it's just the lighting and post processing film goes through..


I love Mutts! But then, I'm one myself.

Having traveled the world, I don't see anything in this myself. I knew Kurds in Iraq that you would swear were Irishmen until they spoke. Red Hair and Green eyes and all that.


I guess my imagination may have run away with me here. Its just that when I did an image search on her, most of the pics didn't even look like the girl in the commercial. I picked the one that looked most similar (and hottest) for the thread.

I just wanted to see if anyone else saw what i saw and if they think there may be anything going on with Pepsi changing her ethnicity like that. She is pretty light skinned and I'm sure that in the right light, she looks as white as any Anglo chick.

Not trying to start any fights here, just wanted to hear other's opinions.

Maybe I'm spending too much time on this site and see evil, racist conspiracies behind every corner.

I'm an avid IMDB'ERRRRRR....I'm always looking for that face...
Heck I was just last night looking for a blond lesbian from "good luck Charlie" lost it at desi lydic .....I found one of the best smile to date...and I have not watched Disney since Mr. boogedy . Sometimes we have to let it go...
Though I really want to know who played that character. Gosh she had the best smile for me...after 4 hours I let it be.
edit on 29-1-2014 by Bigburgh because: (no reason given)

As some of you here know, I work in the film industry. We also work on commercials. Much to the chagrin of many of my fellow conspirasy theorist bros and siss', I've NEVER seen a dedicated effort to place a symbol of any kind or any other occultic element in a movie. And I am in the department that would do that about half the time.
That being said, when we work on commercials, which by the way are VERY expensive to make, every detail to the nth degree is massaged over carefully. There is not one frame of a big corporate commercial that is not thought out, planned and perfectly executed.
We shot a big Target commercial last month for the March Madness timeframe and then Jiffy Lube spot last week.
The thing about commercials is, the agency has soooo much say on set. They always kind of stay sequestered from the crew and rarely mingle, save a few of the females that tend to wander over to the grip department (strong manly department in the film industry) from time to time. Haha.
So, whatever you see in that commercial, it was meant to be there, whether we know what its purpose is or not. I tend to lean toward the period makeup idea though. I don't think they were trying to suppress the latina element.The casting for these commercials is unbelievably intense. They get THE one they want to promote their product and they have the world to choose from. Also, they have the one black guy that they feature toasting bottles with the white girl, seems ok by todays standards, but, back in the day, Iiiiiiiiiii don't think so. So, it's not like they're being racist by any means.