posted on Jan, 29 2014 @ 06:15 AM
link
Came across this article posted on another site, while I am familiar with the Axumite conquest in Arabia and the story of the Year Of the Elephant,frustrating the Axumite governor and general Abraha under Kaleb king of Ethiopia to take the animist strong hold of Mecca ,some striking info came to light that I was not aware of ,under pressure from a pincer movement from both the Byzantine encroachment from the West and Ethiopian advancement from the South many pagan Arabians kings converted to Judaism for protection before the rise of Islam. 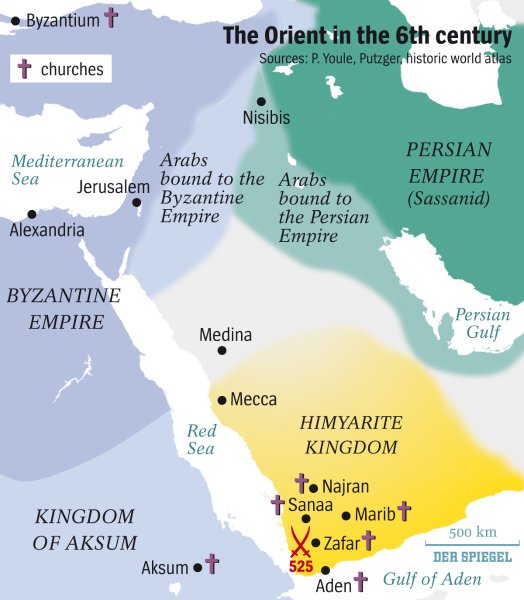 Archeologists are studying the ruins of a buried Christian empire in the highlands of Yemen. The sites have sparked a number of questions about the early history of Islam. Was there once a church in Mecca?

The German archeologist excavated sites in the rocky highlands of Yemen, an occupation that turned quite dangerous recently because of political circumstances in the country. On his last mission, Yule lost 8 kilograms (18 lbs.) and his equipment was confiscated.

Nevertheless, he is pleased, because he was able to bring notes, bits of debris and bones back to Heidelberg. Yule has concluded that Zafar was the center of an Arab tribal confederation, a realm that was two million square kilometers (about 772,000 square miles) large and exerted its influence all the way to Mecca.

Even more astonishing is his conclusion that kings who invoked the Bible lived in the highland settlement. The "crowned man" depicted on the relief was also a Christian.
Conquerers from Ancient Ethiopia 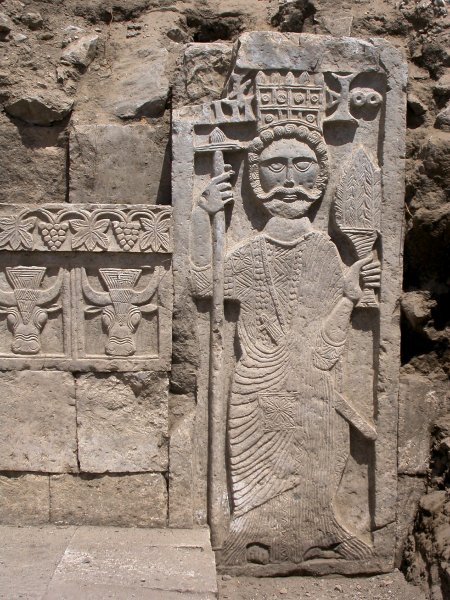 Yule has analyzed the mysterious, robed figure in a report for the academic journal Antiquity. He is barefoot, which is typical of Coptic saints. He is holding a bundle of twigs, a symbol of peace, in his left hand. There is a crossbar on his staff, giving it the appearance of a cross. In addition, he is wearing a crown on his head like the ones worn by the Christian rulers of ancient Ethiopia.

All of this suggests that the man with a strange, round face is a descendant of the conquerors from Africa who succeeded in making one of the boldest landing operations in ancient times.

In 525 AD, the Negus, or king, of Aksum dispatched a fleet across the Red Sea. Soldiers and fighting elephants were ferried across the water to the East on un-tarred, raft-like ships to spread the gospel. In the ensuing decades, his army captured large parts of Arabia.

The first spearhead was targeted at the capital Zafar. Like a fortress in the sky, the town was perched on an extinct volcano, at an altitude of 2,800 meters (9,184 feet) above sea level. Its walls, riddled with towers and alarm bells, were four-and-a-half kilometers long. About 25,000 people lived in Zafar.

According to Yule, between the 3rd and the 5th century the confederation managed to complete a "meteoric rise" and become a superpower. Its merchants traded in sandalwood from Ceylon and valerian from Persia. The state controlled the port of Aden, where the ships of spice traders from India docked. Frankincense, which was made in Arabia, was also traded. It was a place of luxury. Yule found wine amphorae, the remains of precious fish condiments and palaces decorated with sphinxes and lions.

A later Ethiopian King Ashama Nejash during the era of the Prophet Mohammed actually throw fleeing Muslims a life line thus saving nascent Islam from certain doom changing how the world looked today for better or worst.
edit on 29-1-2014 by Spider879 because: (no reason given)


Excelent Post and thank you S&F! Never knew of this before and will continue reading up on it


It's not the religion that is of interest but the different architectures that each religion or culture that is so interesting...thanks!