"I don't know what's going on but about an hour ago our house shook it felt like an explosion and then it looked like lightning across the sky about 15 mins later there are helicopters circling over house very low then moved over towards rich creek boat docks. I just heard on wsaz there was a meteorite that just hit ky"

I just looked on WSAZ News website and there is no mention of a meteorite there. I also googled any news of a meteorite in that area and have come up with nothing so far. Is there anybody in the area that has heard or seen anything?


Well, that's kinda interesting. Wouldn't a meteorite be light flash first, then the noise, if only separated if it was very close, by a split second?

And if it was high up where meteorites usually succumb to the atmosphere, the sound should be very delayed, like in the Russian example.

And I've never heard of a helicopter chasing a meteorite. Maybe a plane came down? Keep us posted.

You might like to look at this; something just hit recently but I'm having trouble reading the map otherwise.


Those are fair points and I agree. It has definitely piqued my curiosity though. There are lots of gas lines and wells in the area. Maybe a gas leak/explosion? But why helicopters? I'll see if I can find more information.


Hello, I live in Pikeville Kentucky. We saw it. I have a security cam video that picked it up but it is on facebook and I have no idea how to get it on ATS.

here is a link to the facebook page of the video. I think it is public but you MIGHT have to have facebook to see it im not sure

this is not my video i take no credit for it

posted on Jan, 28 2014 @ 11:09 PM
link
I live EXTREMELY close to said town and I heard and felt nothing, which sucks, because all of my friends are posting about it.

This girls page has security cam footage of it.

edit on 1/28/2014 by GoldenObserver because: (no reason given)
edit on Wed Jan 29 2014 by DontTreadOnMe because: personal information removed


Really? What are they saying? I haven't been able to find any information so far.


Wow! Awesome footage! Thanks for sharing.


Some people say fireball, some say meteor, some say E.T. go home...the usual. Helicopters headed towards it after it hit, I do know that much. I edited my post with a link to some security cam footage on Facebook.


Yep. That most definitely looks like a meteor/fireball to me after watching the video. The speed is there, and the illumination is there. But like most, it probably broke up in mid air before ever hitting the ground. Cool video, thanks!

posted on Jan, 28 2014 @ 11:36 PM
link
This is why I love ATS. I knew that if I posted on here, I would get some good information. Sure enough, within an hour, we have security cam footage of said event. Nicely done. Now, I'm still curious as to how a helicopter would be on top of it that quickly. It's a pretty remote area. Any thoughts?


Just from what my grandmother has told me and things I have seen on occasion during the summer, there is a military outpost of some sort that I don't think is very well known, if known at all. She says she doesn't think it's active anymore, but the mass of jets training over town this summer and Chinooks for 2 weeks straight tells me otherwise. Very remote around here, great for that sorta thing.

Side note, the kids were coming home from town around 9:00 this evening and captured what they describe as a UFO on a small cell phone. I told them to upload it to youtube. It did have erratic movement, and what they got on film they say looks like a dot but they saw the lights and all.


Not a credible source. Considering these pics match the ones from the 2012 Kentucky gasline explosion.


Bah that sucks...well that's actually a good thing since it seems some people didn't make it through that.

Thanks for clearing it up.

posted on Jan, 29 2014 @ 07:51 AM
link
WKYT News Brandon Robinson has an interesting article on what people were seeing and hearing last night. WKYT

I was asleep when it all went down Tuesday night. Reports of lights in the sky and loud noises that sounded like explosions being reported from Laurel to Johnson County.

Can I say with 100% certainly what happened? No. But, based on some research, I can give you a pretty good idea.

It looks like the reports started coming in just after 8:30pm. Most folks say it was a bright light and sounded like an explosion.

Here's some video of the phenomenon from viewer Dorsie Allen in Jackson County. She caught it on her security camera:

If you want to see the full 18 second video, click on the link below:
www.facebook.com...

Let's break down the important part of the video frame by frame. 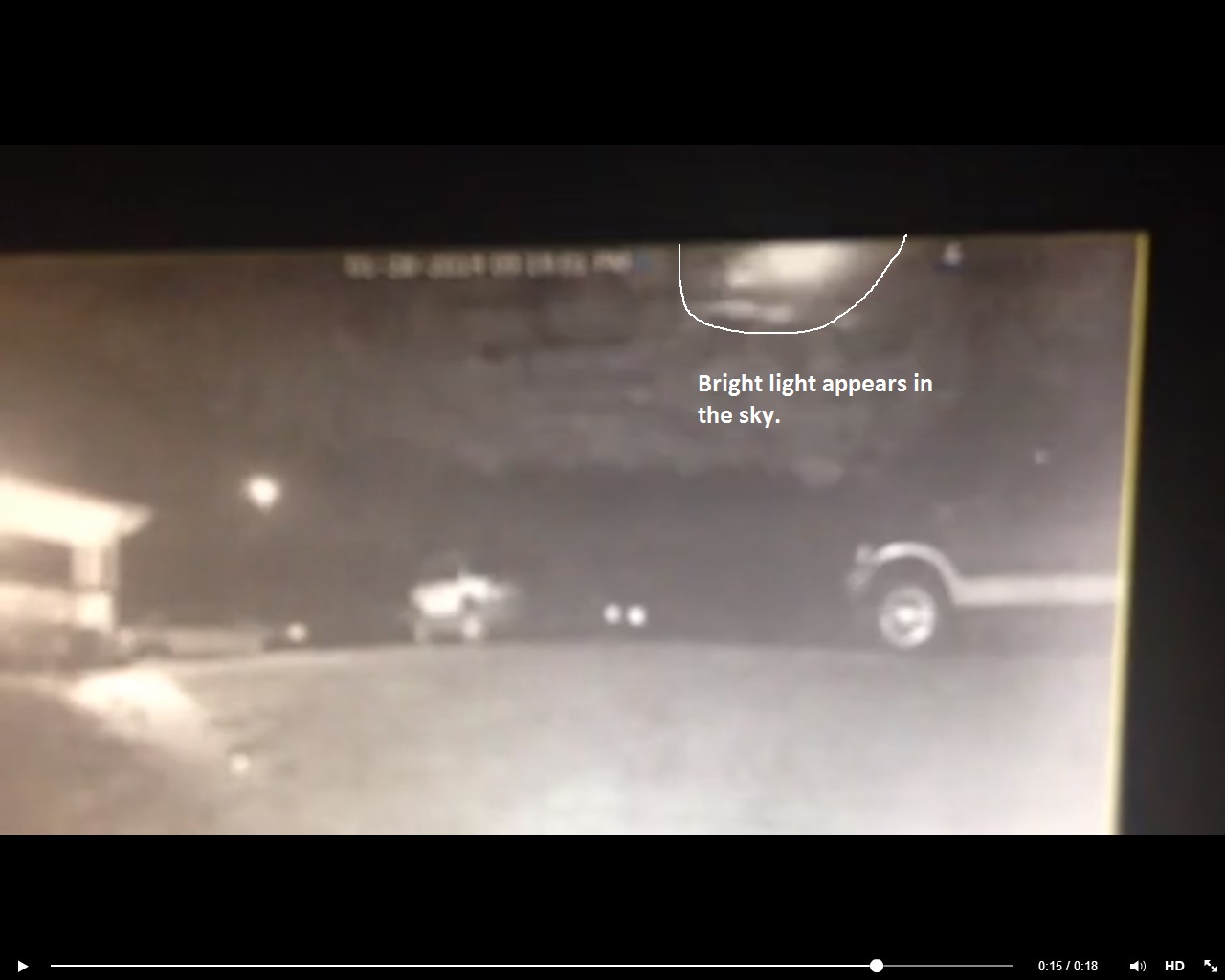 Frame 2 (Object is midway through the sky): 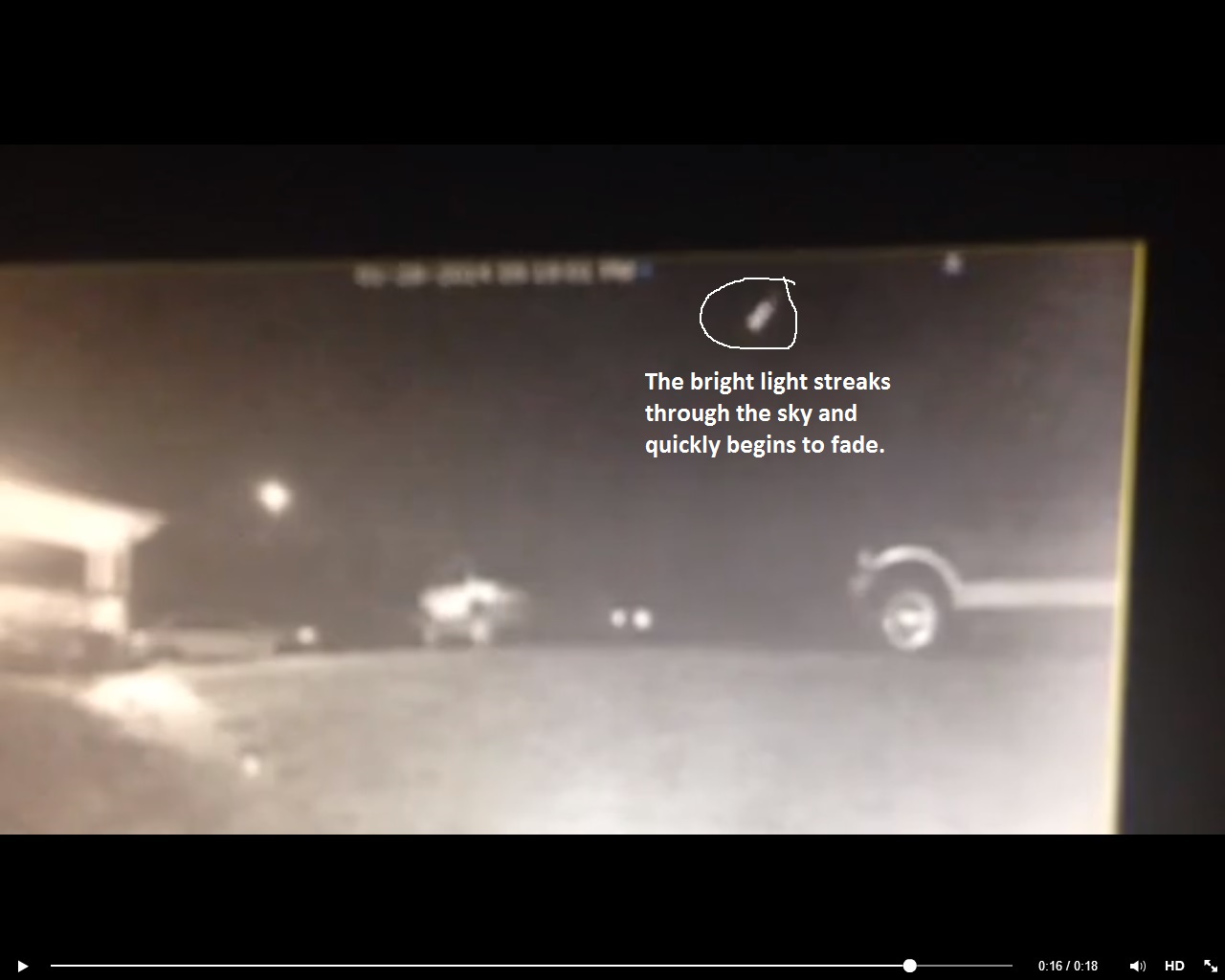 Frame 3 (Object starts to disappear from the video): 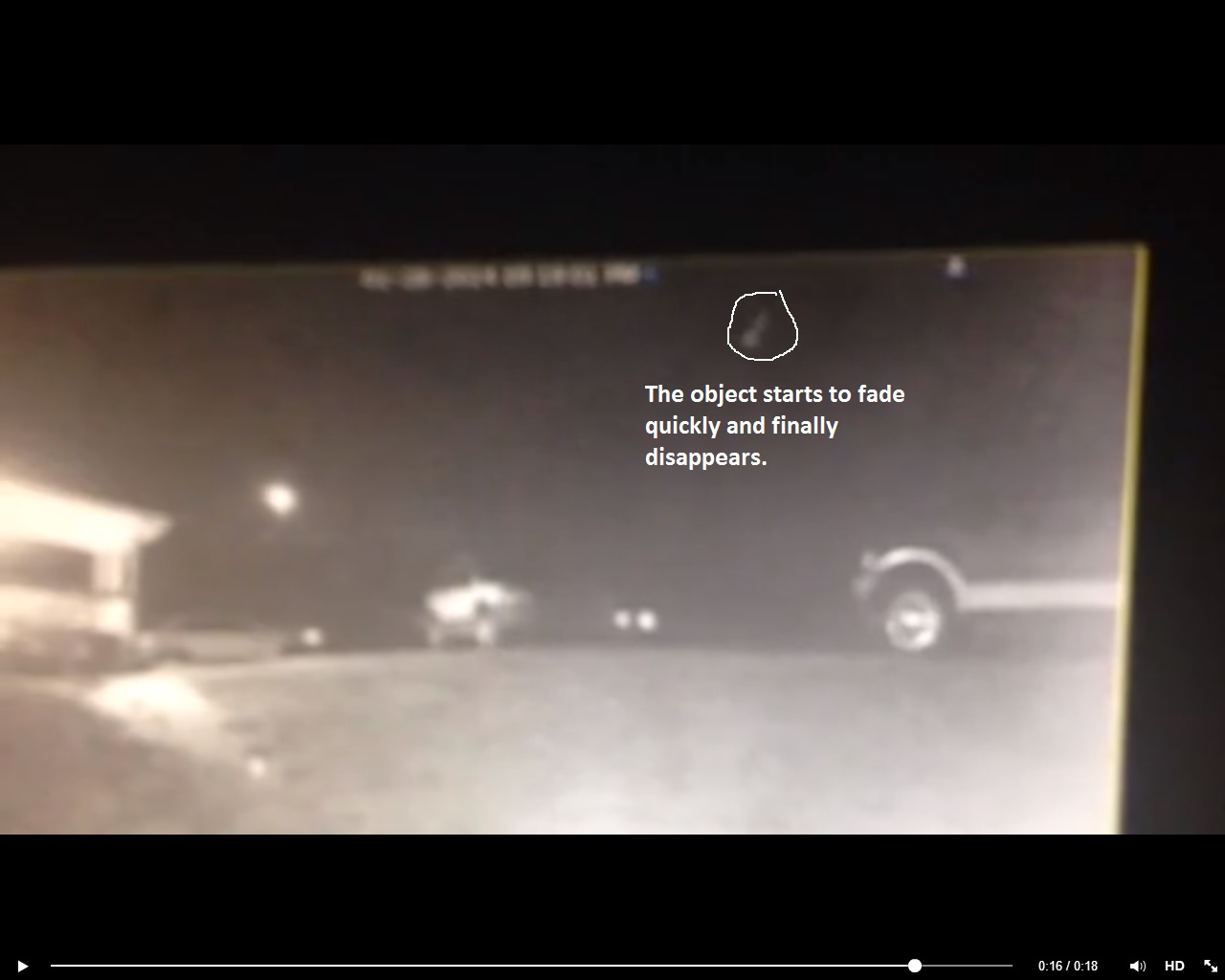 NASA has a network called the All Sky Fireball Network They have cameras on the Earth that point toward the sky with the specific purpose of catching instances like these on tape.

Here's where their cameras are located: 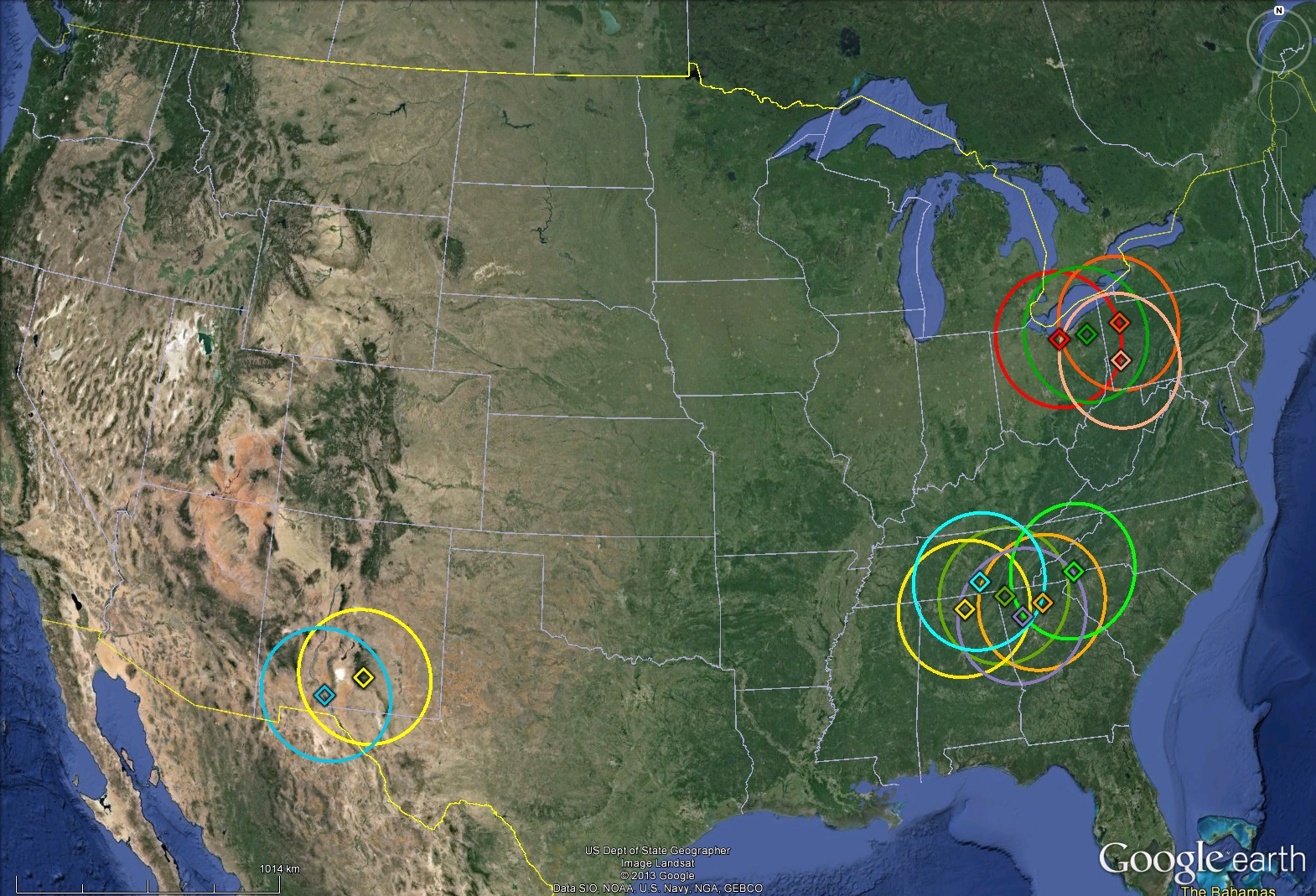 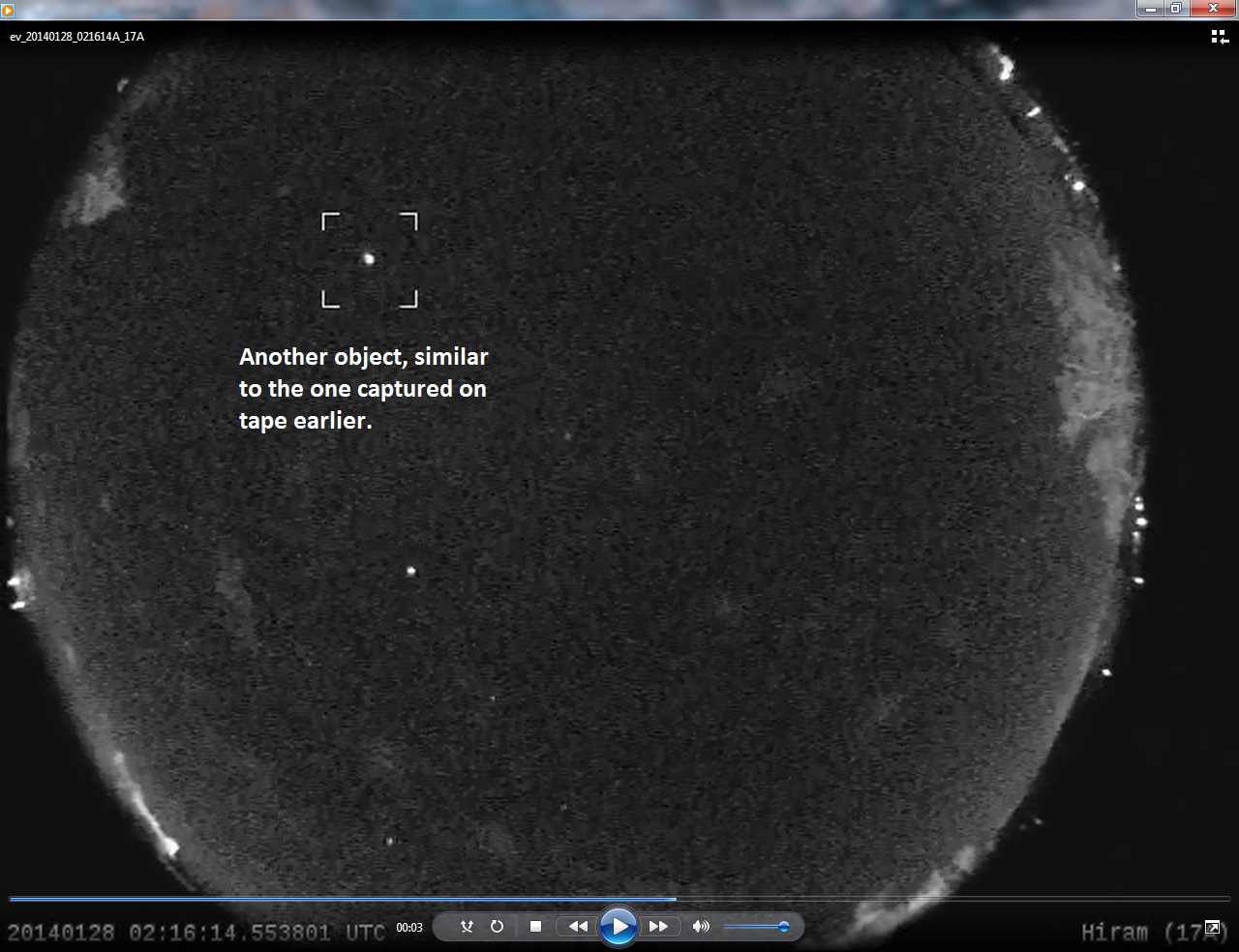 The event log (a summary of what the camera picked up) shows they believed their image was a meteor. 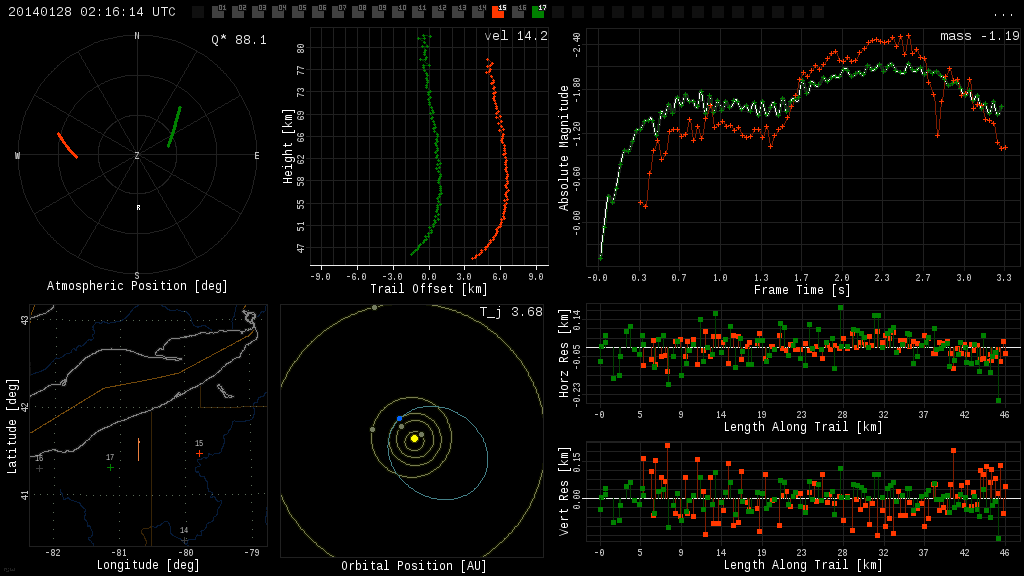 Here's a picture to explain what the picture above means. 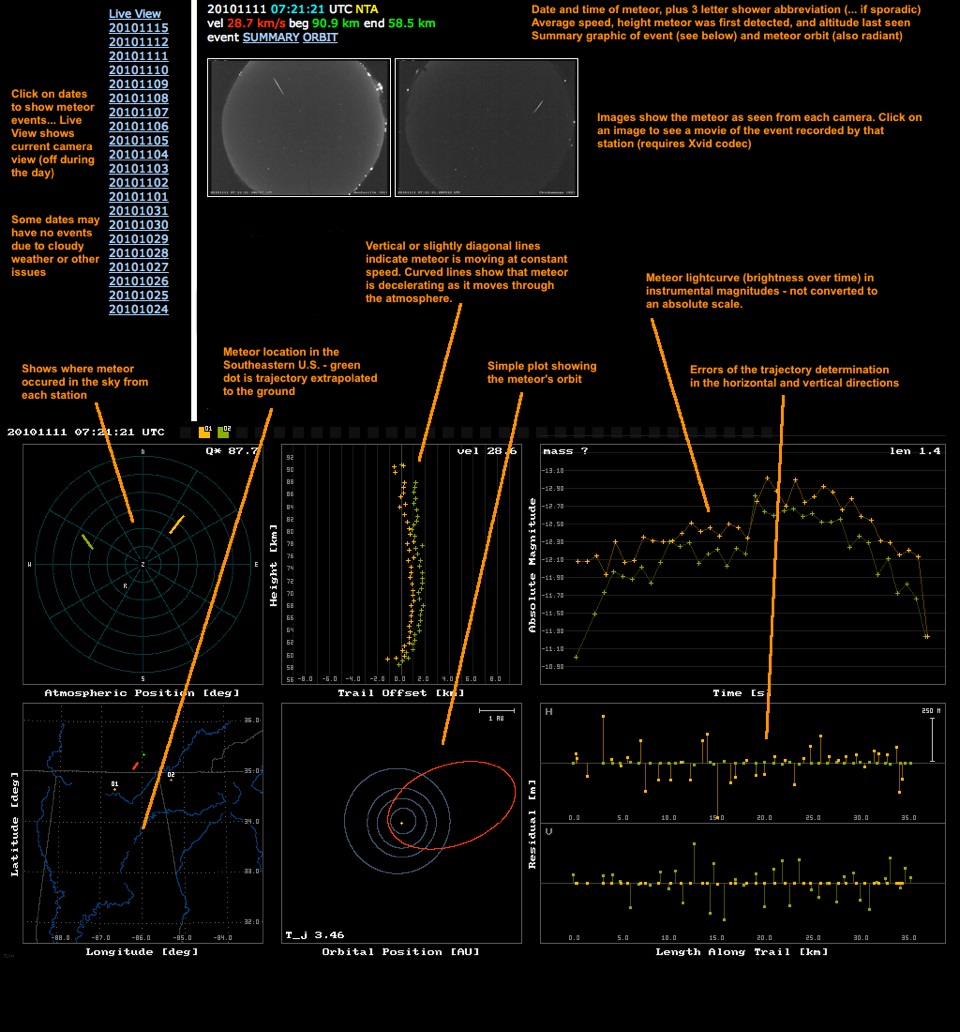 Based on what I've been able to gather, it appears we got to see part of a meteor shower last night. Those were the bright lights being spotted in the sky. As for the loud sounds, or even possibly what sounded like explosions, I believe those were either small impacts from meteorites or more likely, the sound of the fragments breaking the sound barrier as they burned up in the atmosphere.

All in all, it sounds like a pretty cool light show that became the talk of the town. Feel free to email (brandon.robinson@wymt.com), Facebook (Brandon Robinson WYMT 57 Mountain News) or send me a Twitter message (@wymtbrobinson) if you have any questions.

If we find out anything else for sure about our meteors (or meteorites if any hit the ground), we'll let you know.