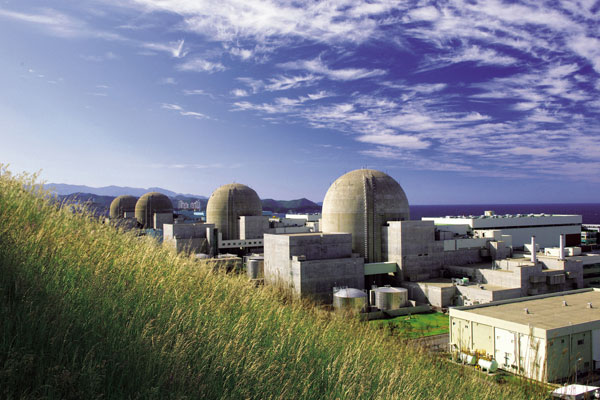 Operation of the Number 5 reactor at the Hanul Nuclear Power Plant in the South Korean town of Uljin has come to an automatic halt due to an unusual signal, the country’s officials said. The reactor’s operations were suspended as of 4:17 am local time Wednesday. "Currently, the reactor maintains a stable condition," an official at the state-run Korea Hydro & Nuclear Power Co. said. "We are trying to figure out the exact cause of the halted operation." The Hanul Nuclear Power, build in 1988, has six pressurized water reactors with a total installed capacity of 5,881 megawatts.


Anyone have any ideas as to why this thing would shut off? I can't find out what kind or reactors they have (I was thinking maybe Candu but can't affirm..


They ran out of antifreeze.


A "halt" during operations is really called a "scram". That term has a bad rep so they are calling it something else.

Without diving down that rabbit hole to find no answers to why it scrammed, I can say that a scram is a sudden lowering of the control rods to stop controlled fission during operation. Never a good thing, really. It means that some emergency called for it because of any number of reasons… interruption of coolant flow (water across the fuel rods in the core) or a mechanical failure such as pumps or plumbing, that kind of thing.

It doesn't denote an emergency , just puts the reactor in a less stable position until the core cools. Residual heat in the core still has to be carried away by the pumps and coolant before it is truly shut down (cooled off). As long as everything else is working, no problem.

But then it wouldn't have scrammed now, would it?

By the way they know exactly what caused it. The computer detected a fault in the double super secret nether world of atomic power plants and initiated a fail safe scram. This reason reads out in the control room.