page: 1
26
<<   2  3 >>
log in
join
share:
Arken
+4 more
posted on Jan, 28 2014 @ 12:46 PM
link
Interesting site! A strange anomaly like a "Cone head", or "War Head Missile" lies on the surface of this area. As you can see the shape of this anomaly is really bizarre. Its shadow on the ground depict a perfect profile really unusual. Its unusual form is quite suspicious for me and resemble something metallic in origin....
mars.jpl.nasa.gov... 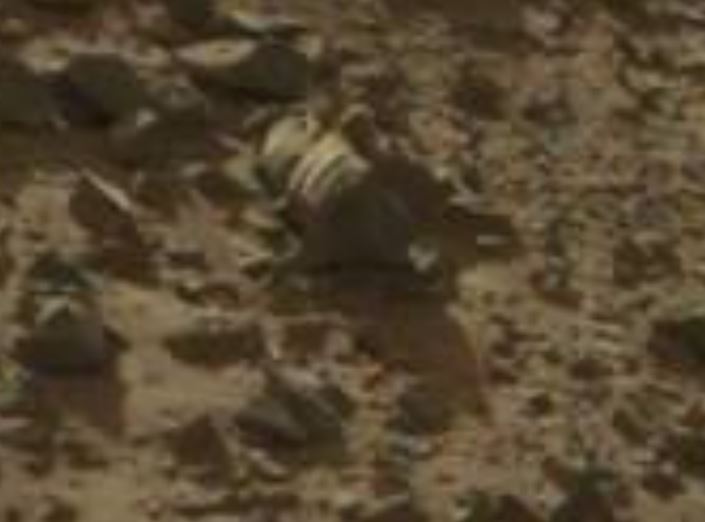 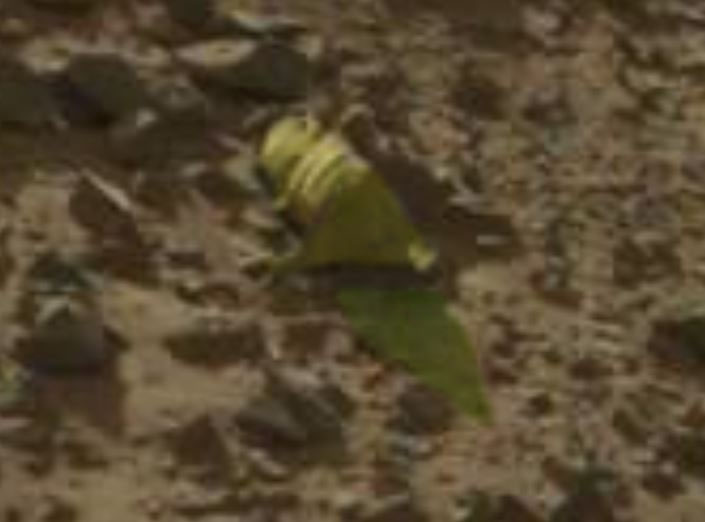 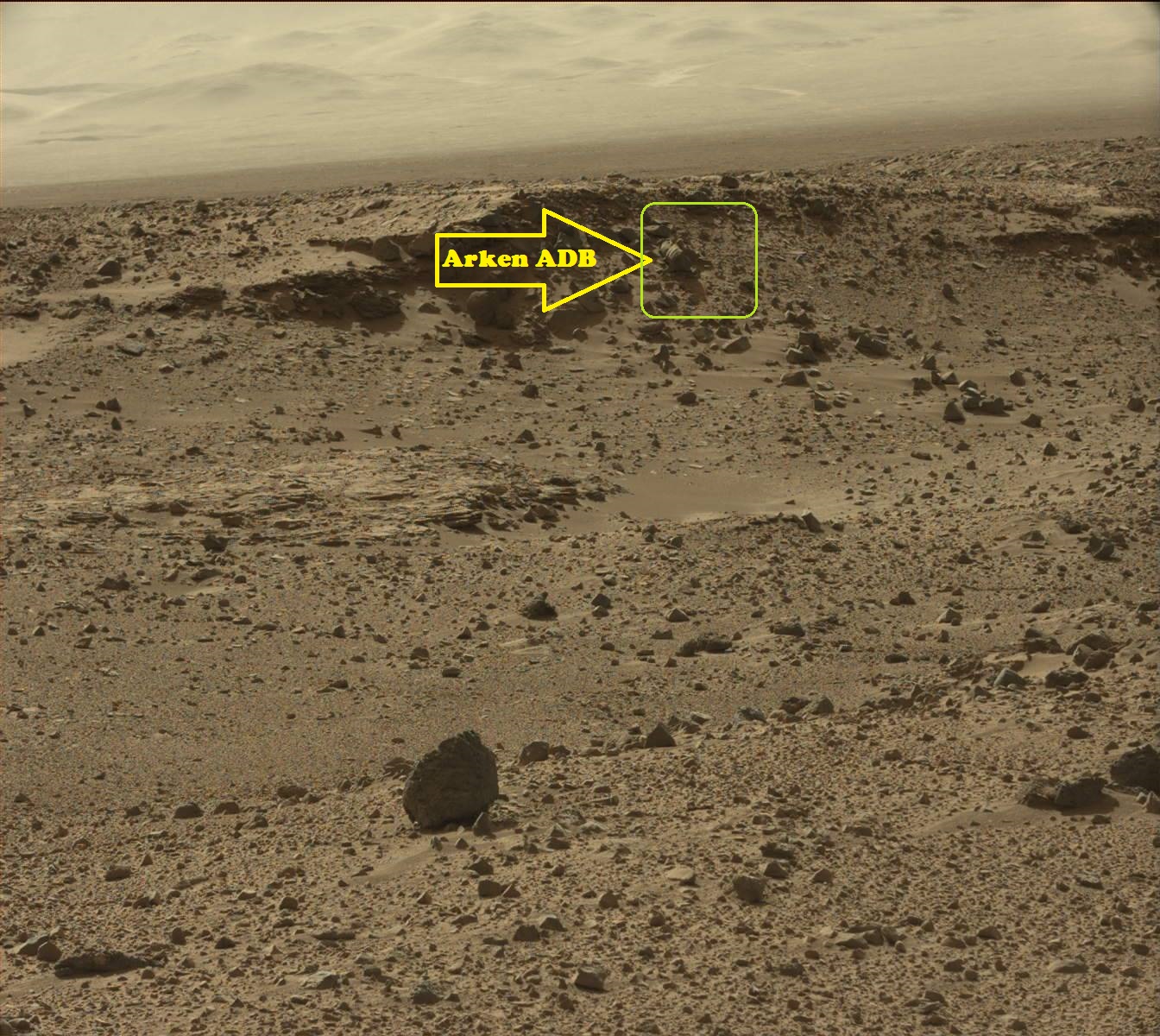 This Stones Ring that lies nearby a clear "fake dune" is more and more suspicious...


Looks more like a despicable me minion statue or a rock...

Arken, we all love your Mars finds! Keep them up buddy! This one has the odd appearance of some rings and small details (when enhanced and blown up) that doesn't make it seem so "rocky".....Probably still a rock but cool either way!


Thanks for your kind words.

I can't imagine the incredible hard work of Mike Malin and his crew to try to tampering all that images...

posted on Jan, 28 2014 @ 01:10 PM
link
Nice find Arkin, the stone circle has really caught my eye and what did the brush out behind the circles. There is no texture in that "dune". Keep em coming.


At first i thought rock, nothing out of the ordinary, nothing to see here etc, buuuuut then i saw the stone circle pic, that dune is fake as hell.

Hmmmm. Going to check back later and see what others think. Good thread Arken.

posted on Jan, 28 2014 @ 02:00 PM
link
Wind erosion on mars has different characteristics than earth due to the thinner atmosphere and the weaker gravity.

That dune is a pile of fine sand particles of similar characteristics.

That rock circle is nothing more than a rock with a center chipped out that some sand has come to rest in.

Look at how the limestone facade of the pyramids have eroded away in only some two thousand years give or take.

What makes any of you think that mars is not subject to the same laws of physics?

Mars is quite dead and has been for a long time. Any remnants that could be from a lost civilization on mars are certainly not on the surface.

There is no conspiracy here....just rocks.

I wish we would find something there, i really do. That would confirm some of my feelings of a bigger system or a grand cosmic scheme of sorts.

Not quite what i meant.....conspiracy's abound.


They walk in single file to conceal their tracks...


Good finds, that does have a very narrow shadow near the top. The other one? A rock fairy ring!
edit on 28-1-2014 by Aleister because: (no reason given)


That dune has been shopped for sure. That really makes me suspicious.


This also caught my attention, just like the other "stuff" in the area below the ridge/cliff imaged multiple times on recents sols. Those stripes and the overall shape of that rock ... really interesting. And as usual I'd like to see a close-up of that. But we won't get it, I betcha!

Thanks for bringing this to our attention ... S&F!


As I said, Photoshop work at full power at Mike Malin's hut, recently....
From Sol 515

Another FAKE Dune like the "wooden leg "of my uncle!


Cool find Arken I am not sure what it could be but I can certainly see the face or helmet like form, very interesting, the clincher for most of these would be to find not just symetry but more similar examples of similar form's, I really enjoy your thread's, You are looking what can the debunkers say about what they are doing on this subject.


Interesting picture Arken , not sure about the cone head but the stone ring is interesting and that sand dune does look mighty suspicious .


The stone circle and a semi circle to the right of it...
Whats the betting that the fake dune is covering up a stone wall or something similar?

Odd item there, but I want to know about the clouds. Why are there clouds on Mars? Sky should be totally clear. If there not clouds, then what is it supposed to be? Mountains? How far is the horizon and what's the farthest that can be viewed?

Those aren't clouds. That is the slope of Sharp in the background.
photojournal.jpl.nasa.gov...

But Mars has clouds. Why do you think it doesn't? Not all the time, but it happens.
media3.washingtonpost.com...
www.redorbit.com...
edit on 1/28/2014 by Phage because: (no reason given)


Correct but the temperature on mars is so cold that water vapour would be most unlikely though not impossible and the clouds are most likely carbon dioxide though most cloud's on mars are actually dust as mars despite the tenuous atmosphere can raise some pretty ferocious dust storm's as we know.
It has alway's interested me though if any water clouds formed then it would indicate that the temperature sometimes climbed high enough for enough evaporation to occur to provide sufficiant amounts that would allow the formation of atmospheric water vapour, now this could indicate ongoing geological activity but we have no evidence and the most likely place for such clouds would be in the denser atmosphere of the valles marinares, as far as I know non have yet been seen there.

Some researchers at MIT found that the only way to recreate martian clouds was at nearly double the humidity of earth's atmosphere, here is a page on it, knowing you Phage you can likely dig up the actual paper.
web.mit.edu...
There is a glaring anomoly every one, nearly double the humidity (though localized vortex and atmospheric compression may explain) on a frozen world.