Here are some amazing Photos... 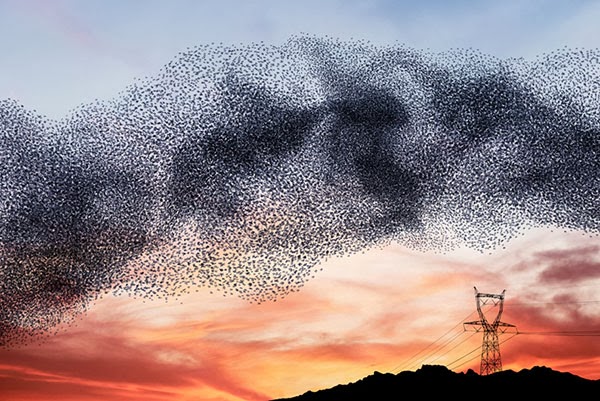 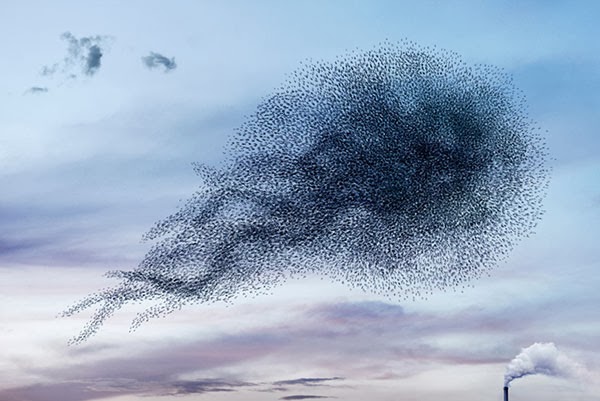 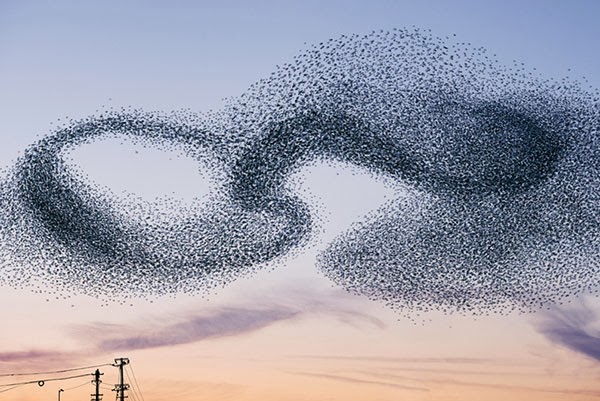 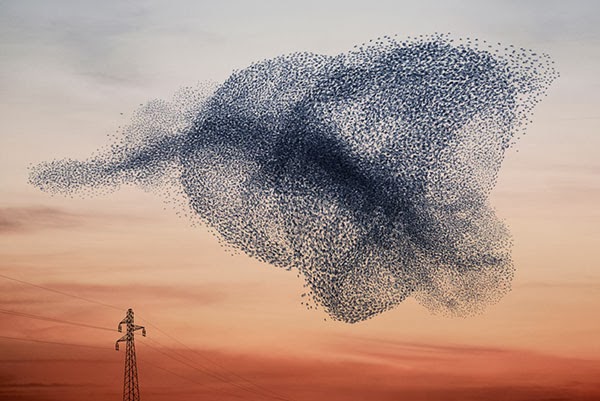 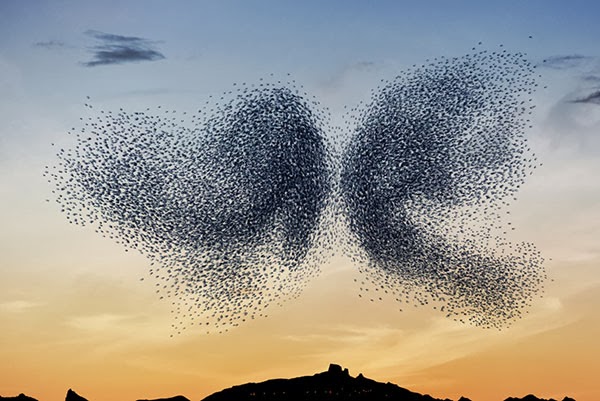 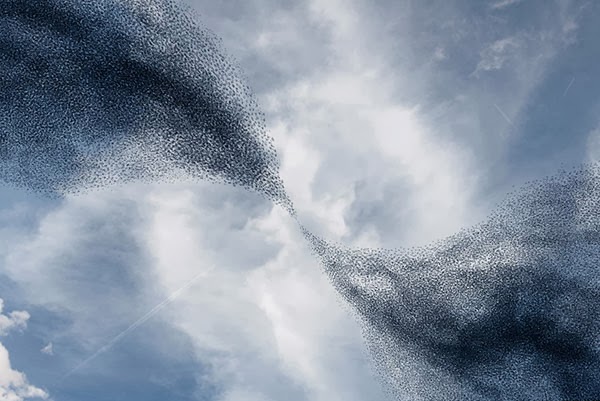 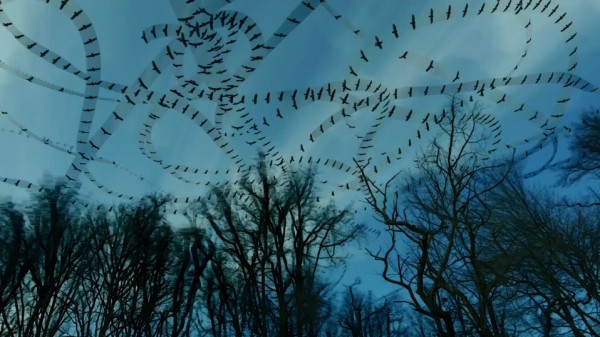 Thank you for putting in the work.

Edit to add: I have seen flocks of birds behave like this when they sense the presence of a predator like a falcon or hawk.

One time in the desert a pair of falcons swooped on a bunch of birds on the ground and they sprang into the air, (what the falcons wanted) wheeling and turning as one to confuse the hunter.

My take on that was the prey were startled by the first pass and instead of remaining on the ground (where they feel vulnerable) they take to flight (where they are more vulnerable to being picked off). They maintain this dance until the predators catch one or give up.
edit on 28-1-2014 by intrptr because: additional

Another example is group of fish moving. It`s kind of hypnotic


Fish and birds… as above, so below.

Herds of Zebra on the run flash stripes to confuse lions, too.

posted on Jan, 28 2014 @ 02:53 PM
link
That was cool, although I have seen this multiple times where I live. I live out in the country in Texas, and every once in a while the birds will be out in force. Actually, a few days ago it got extremely cold and it snowed this mix of ice and slush, and it never snows here, and I was driving down an FM road that morning, and the birds were swarming all around. I saw dead birds lying on the road because people were apparently hitting them with their vehicles, as they were so thick, and they kept flying back and forth across the road.

And then another front came in yesterday, and I saw the birds doing the same thing, albeit not as badly. I was wondering if maybe they have to keep flying to keep from freezing or something. But I don't know. I think the most impressive thing is how they keep from hitting each other. It might happen and it is just hard to see, but obviously it doesn't happen very often, or on a large scale. It reminds me of a school of fish, as they will swarm like this, rapidly change direction, etc...Even if you've seen this before, it is still quite a sight.

The craziest thing I've ever seen regarding birds was when this cat I had caught and killed a bird in the front yard. There were a few birds that were swooping down and attacking the cat, but then all of the sudden a mass of birds showed up, and were swarming overhead and swooping down over the cat. I don't know how they did it, but apparently they called other birds to help or something. I don't remember what kind of birds they were, but I'm thinking they were blue. It was a long time ago.
edit on 1/28/14 by JiggyPotamus because: (no reason given)