The "Tea Party", possibly the most feared of all political ideologies, is planning a massive celebration right in Wachington D.C. next month.

The organizers are "The Tea Party Patriots" group.

They seem to be the most feared and actually have some asemblance of being organized.

I'm sure the IRS, DHS as well as deep cover operatives from inside the White House basement will be combing the area as people arrive for the celebration and will attempt to infiltrate the ranks and cause trouble.

At least the clean up crews can be at minimum staff levels.

The Tea Party Patriots will organize the event that will reflect on why the movement formed, the significant victories it has achieved, and the road ahead as it comes under assault by the institutional left and even the Republican establishment that wants to preserve the status quo.

“It’s amazing to think of all the things we have accomplished in the last five years, but there is much more work ahead," Tea Party Patriots co-founder and National Coordinator Jenny Beth Martin told Breitbart News. "This event will be a great opportunity for assessment but more importantly to map out a strategy for the next five years and beyond.”

Who's scared of Virginia Wolf? 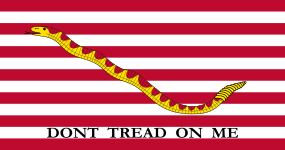 Rush Limbaugh is going head-on with RINO's and it ain't gonna be pretty for them this year...deservedly so.
Senator Cruz deserves nomination for President in 2016 for the historic fillabuster...Senator Paul seasoning as Vice President run 2020.
Here is your chance to take our country back people, right?

Now I'm waiting for the government paid trolls to call them the Taliban and Koch Brothers arms.