posted on Jan, 27 2014 @ 06:30 PM
link
Interesting image, presume it belongs to a secret society and covers occult knowledge of the human body. It has features of kabbalistic, Vedic, Masonic, Alchemical, gnostic all fused together. It suggests man is the true temple that must be rebuilt, man is the tower of babel who feet are on Earth but who's head reaches into the heavens. 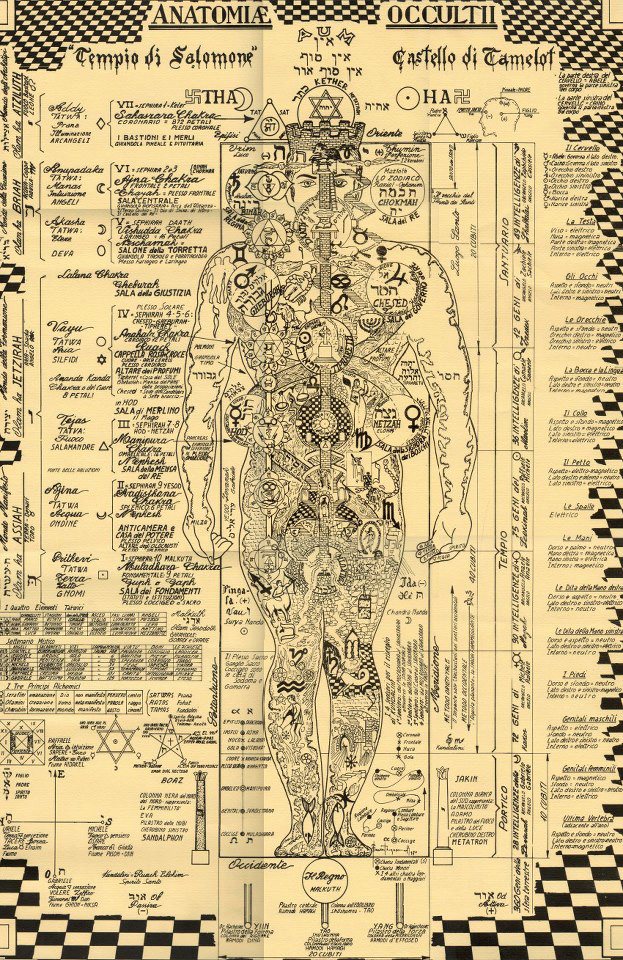 posted on Jan, 27 2014 @ 06:47 PM
link
It seems to pretty much all be in there as you say. The progression running up the right hand side of could be a ranking of the society's degrees of progression. Boaz and Jachin are there which are fairly stock Masonic motifs. I would suggest that this society is not affiliated to the Grand Lodge as it incorporates much which is not part of that societies symbolism.

The woman had a hiss like accent, she was saying " I call forth Salomone" i always thought she was calling for king Solomon, maybe she was calling this dude. strange very strange, i cant wait to see what others have to say about it.

Whateva69
...she was saying " I call forth Salomone" i always thought she was calling for king Solomon...

Salomone is Italian for Solomon.


Im just ball-park'ing here. Could this be related to the Theosophical Society They seem to have a mix of all religions. Having said that i have no idea who they are and what their agenda is.

interesting find!
thanks for sharing


Certainly could be. They incorporated a lot of different other-than-Christian
lore starting with Blavatsky, Besant and all that crew. You'll note that the
swastika is present in various places.. which firmly places this in the early
days of the movement, before the 'swastika became evil'.

The concept that the body is man is related to the body of the first man
(Adam Kadmon from Kaballah) or the Egyptian concept that the great
pyramid Was Osiris.. or various other concepts of the 'ideal man' being
5-fold is referenced by Daviinci of course.. it's a very ancient concept.

The concept that man is 'broken and sinful' is a very ancient concept..
well predating Judaism and Christianity.. back to the Aryan invasion
of the indian subcontinent.. the beginnings of dvaita.. but it goes
back even further than that..

there's seemingly always been the myth of the golden age..when
'men and gods' walked together... and thus that since we are no
longer in that 'dubiously desirable state' then we must be 'fallen'..
and needing to rebuild ourselves and the entire universe..

All of this stuff has been twisting around in vaguely similar forms
for more than 5000 years..

and in my opinion at least.. it's part of an advanced control system
to keep humans enslaved.


Nice find, gives off a Theosophy feeling and is quite beautiful in its relative complexity. I need a more high resolution image to read the texts - any clue to where I could find such or similar Esoteric resources?


This version is slightly different you will note, but perhaps better res 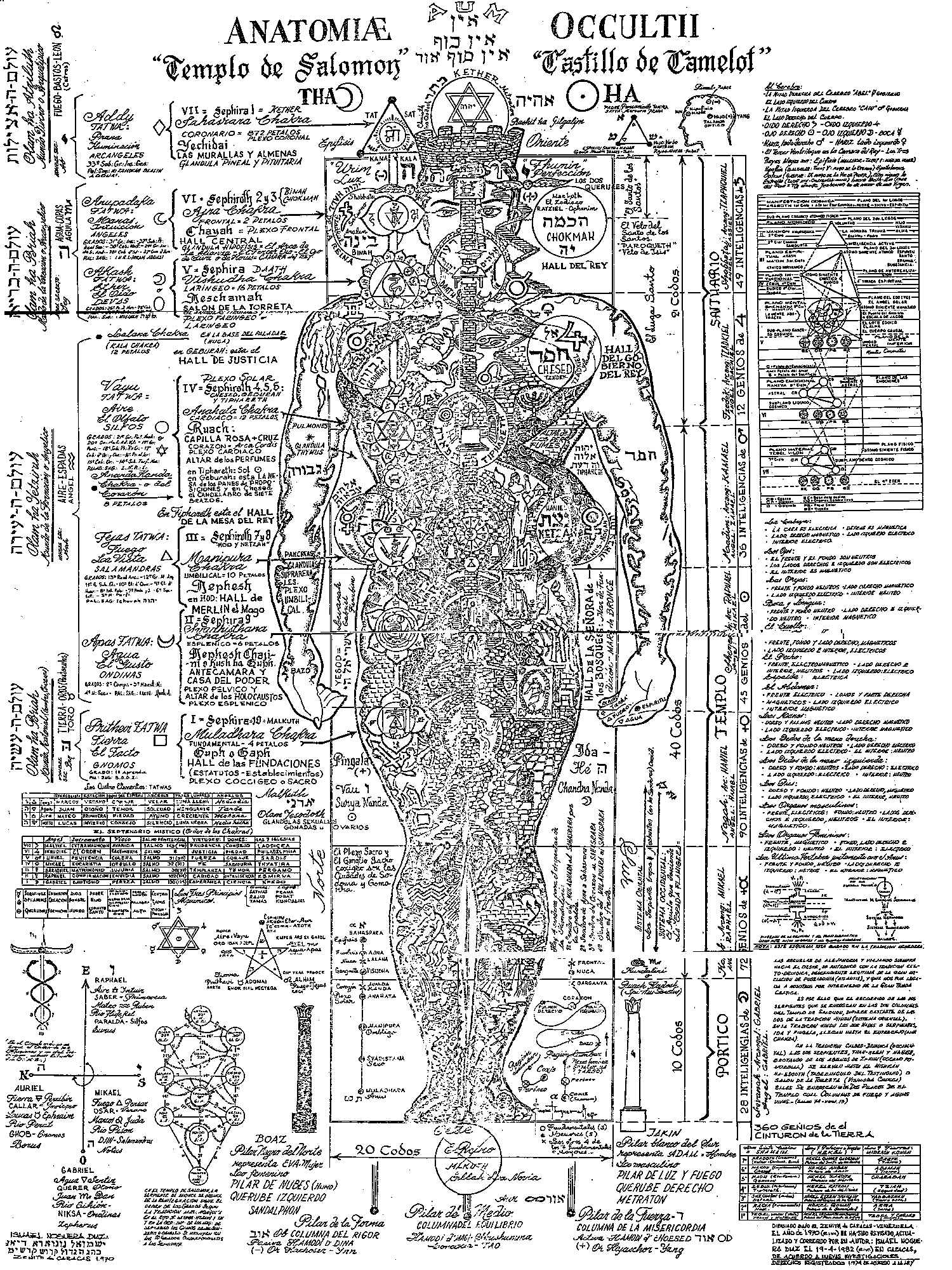 Did a reverse image search and found a very high res version, image is very interesting, whoever designed it has very in-depth knowledge: img.4plebs.org...
edit on 28-1-2014 by LUXUS because: (no reason given)


I was wondering that myself. Maybe they found evidence of our true history. Makes sense.

The jewel of the master mason ie the delta of Enoch.

Also the pillars on which the prediluvian Sciences were inscribed.

posted on Jan, 28 2014 @ 07:08 AM
link
This is pretty definitive. Its mostly in Italian. I really enjoy looking at this, thanks to the poster for the image link! Surely this will be a source of light for many people. Best wishes to all that are on the path to rebuild...

posted on Jan, 28 2014 @ 08:28 AM
link
I like this thread. When my computer is fixed im gonna study the images. Thnx to the op and other replier for posting a higher resolution of it

I'd bet money that Cicero was involved with the original in some way or the other, especially the way in which the Masonic symbolism is included. It's just so Cicero-ish.


His name sprung in my mind when I first saw it but I think it is much older than that and could possibly be the work of Macgregor Mathers perhaps...