posted on Jan, 27 2014 @ 11:10 AM
link
So the TV news this morning said the Carolina's could expect a major ice storm this week, like on Wednesday--- and I thought now might be a good time to talk a little about the kinds of gear we mountain folk use to get around on the snow and ice.

Let me start by saying I am not a survivalist... But I am a mountaineer... Winter Spring summer or fall I love hiking, climbing, mountain biking, hunting, fishing... Don't get me started on skiing I could fill hundreds of pages writing about my favorite winter sport...but today we're going to talk about Crampons.


So lets start at the beginning
from wiki


A crampon is a traction device used to improve mobility on snow and ice during ice climbing.[1] There are three main attachment systems for footwear: step-in, hybrid, and strap bindings. The first two require boots with welts, the last adapt to any type. 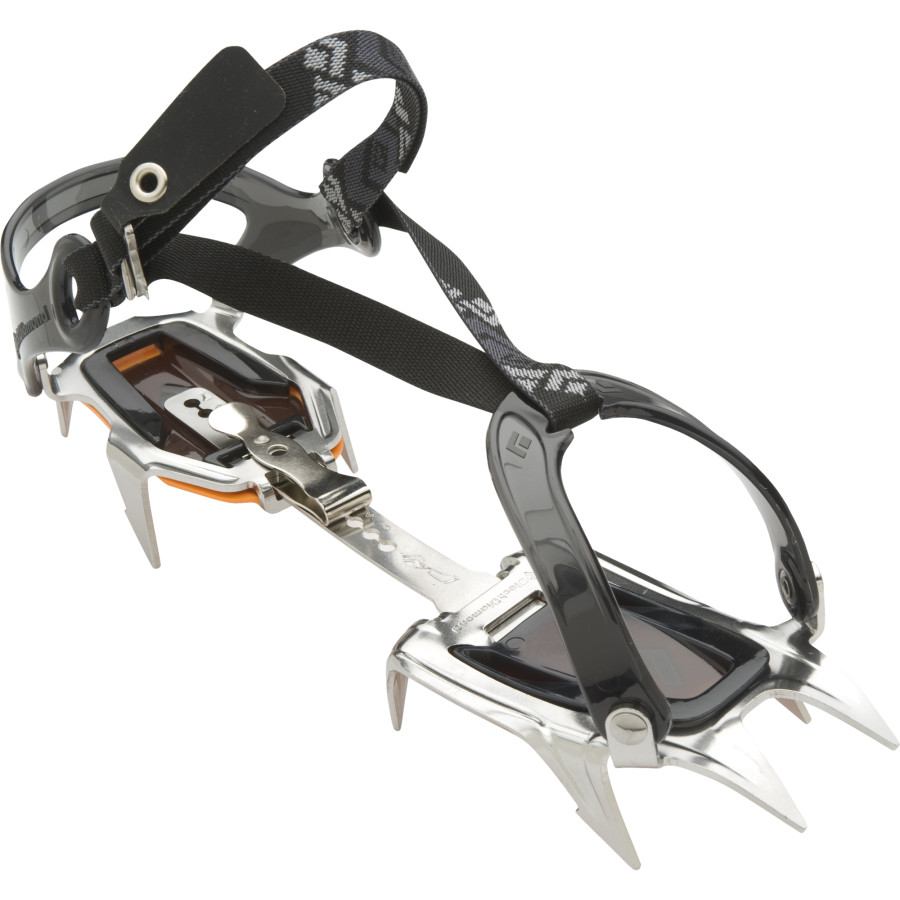 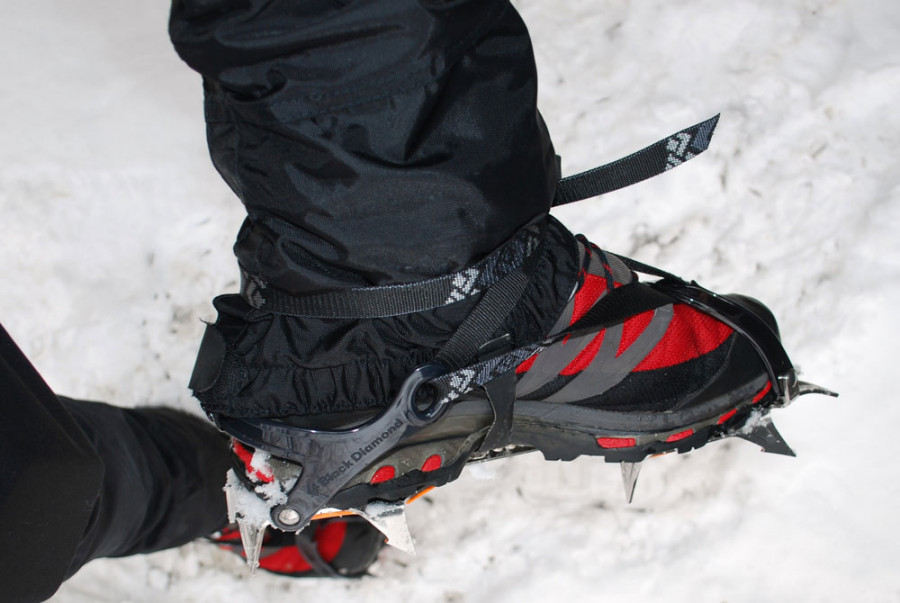 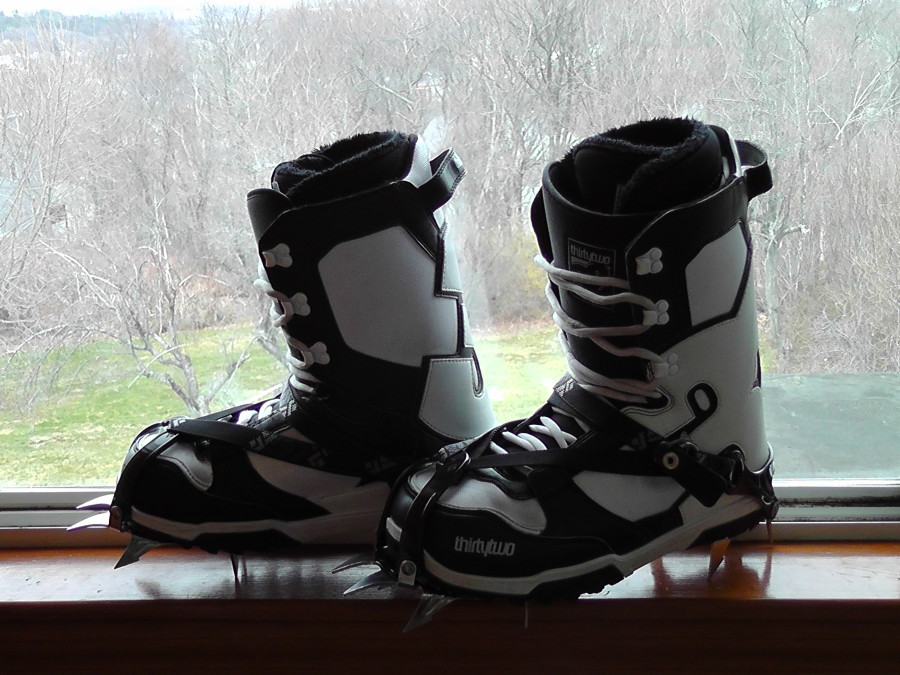 And this is what I used them for 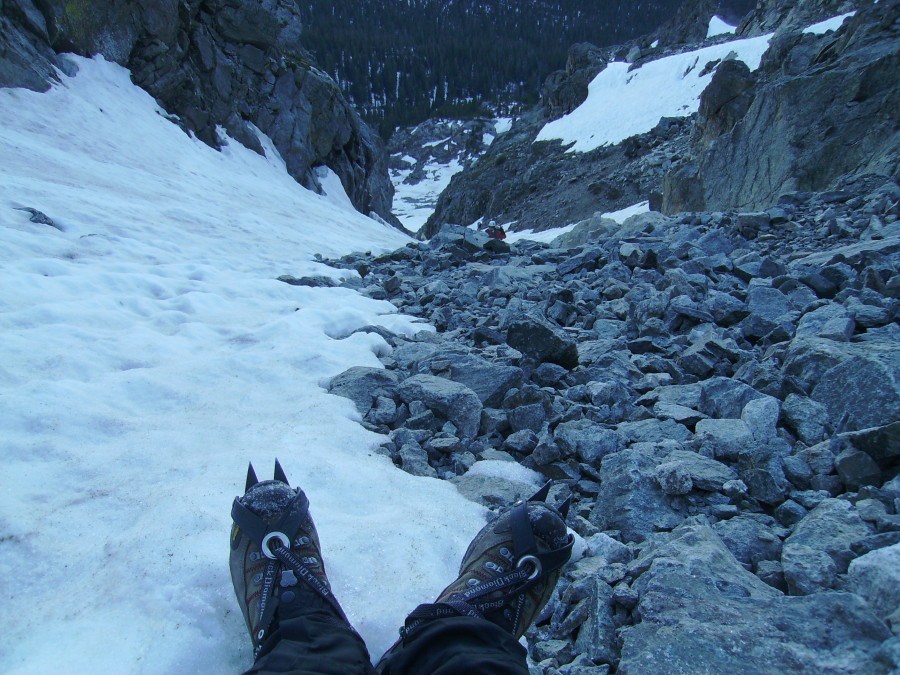 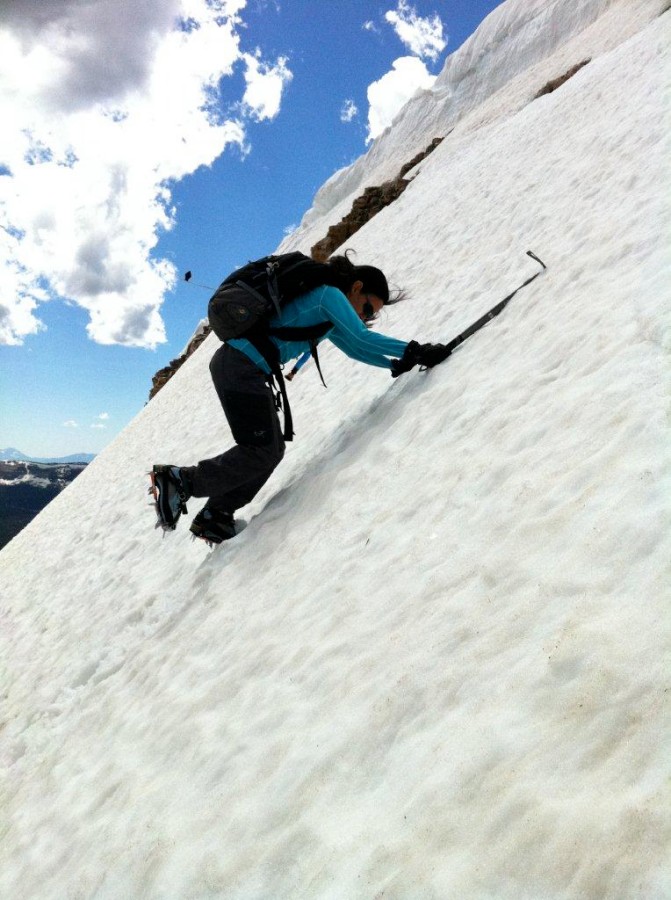 The one's I use are made by Black Diamond
looking at the list, prices start around $130 USD.

Now they make several very different types of crampons. some are made to slip on over a boot, other's are made to clip onto your snow/ski boots. they even make a type of crampon that fits to your cross country ski's to aid in hill climbing... trust me on this, ski crampons sound like a good idea but your better off using skins.

personally I prefer the type that straps on over your boot and if your lucky enough to have a store you can walk into 'REI' and try on the various models. then I strongly suggest you go in wearing the boots you'll want to use them with. In other words, make sure they fit before you lay down your hard earned cash... 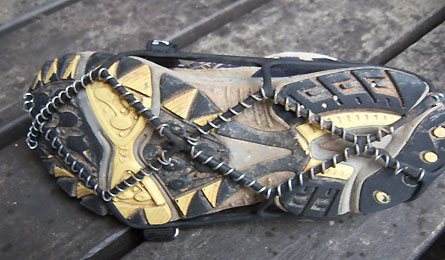 Like this set from Yaktrax are a lot less aggressive they work pretty well on crunchy snow and ice... this pair BTW sells for only $30...FYI they don't hold up all that well if your trekking rock fields or concrete sidewalks.

Even Wal-Mart sells what they call an Ice Cleat 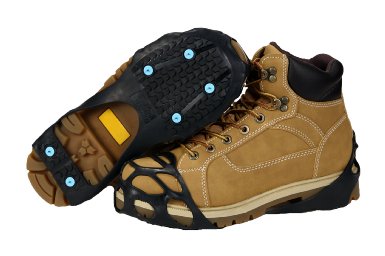 The Wally World Web Site says their out of stock online but check with your local store... I've seen them hidden in both sporting goods and shoe departments...usually in some out of the way place you wouldn't think to look for them cost around $15-16 USD. down side is they don't have a lot of 'Bite'

The rule of thumb 'You get what you pay for' is very much in effect here.
If all you need is to cross a few icy streets then by all means save your money and go to Wal-Mart or better still buy the Yaktrax.

posted on Jan, 27 2014 @ 11:26 AM
link
I've always looked to mountaineering for my survival skills. If a human being can survive the rigors of a mountain like Everest -- that's who I'm looking to!

One thing to keep in mind if you want crampons like the first ones in the OP -- you'll need crampon compatible boots. A good pair of gaiters is always a good buy.

You have to be careful with the slip on kind, as I've lost a few pairs over the years. Somehow they mysteriously seem to fall off.


You might want to see if you have a local Sierra Club where you are...
they often host backcountry and mountaineering events for disabled persons...

while they may not be able to teach you anything you don't already know they would have access to specialized gear and equipment you might find useful?


Yeah, I've lost a number of them too...
Most of them use rubber as a kind of tensioner and we all know when rubber gets old and or cold... it becomes brittle... a nic from a sharp rock will cause tearing too.
that's why we always check and recheck our equipment, right?
edit on 27-1-2014 by HardCorps because: (no reason given)


thanks, il give them a look.

Yes. Snow and ice is slippery but the sharp pointy thingies keep you from slipping, right? Cool.

nixie_nox
Yea I got a couple of sets of yak trax.

I buddy of mine turned me onto the Yaktrax.
He uses his when he fishes mountain streams and rivers.
say's they give him that extra bit of grip standing on the gravel beds and river rocks.

Here's a live web cam of the mountain


Yeah well I'm a guy
so if I didn't have pictures to get my point across then you 'all
would be stuck with a lot of pointing head nods and grunts
edit on 27-1-2014 by HardCorps because: (no reason given)