The NSA and the 9/11 Deception

As the public finally becomes outraged over the NSA's illegal spying, members of government and the corporate media wage an information war to misdirect that anger to issues of less importance. To counteract this, a bold new citizen-led initiative to nullify the NSA is now gaining momentum around the United States. This is the GRTV Backgrounder on Global Research TV.


Ahhh look over here, never mind whats going on over there.


Causes and effects. Effects from causes.

It's not to hard to see what's been going on all the way along, all the way back to that bright sunny, blued skied morning.

All of it not only unnecessary, but the highest height of hypocrisy imaginable and then some..

9/11 truth brings it all back around full circle, and anything less than that accomplishes nothing to roll back everything that ensued from a very very BAD POLICY.

posted on Jan, 26 2014 @ 10:46 PM
link
Loved the video and the constructive ideas therein. Some people are thinking and taking action at last. I'm happy to see that James is still following his own path about getting it out there for us to learn about.

I subbed to the Corbett report on YT yet for some reason they haven't shown me any of his stuff in ages. Do you suppose Google is playing games with us too, she asked knowing full well what the answer is.

If Utah turns off the water and the facility doesn't open, there will soon after be a terrorist attack on American soil that could have been prevented if only...

We are already living in the prison of our rulers who are still wearing their "nice guy" faces. We think we have it bad now, wait till they take off those nice guy faces.


Don't be afraid and watch this instead..
as a proposed solution for reclaiming the throne, which belongs to the American people, especially now that they've woken up.

Another false flag wouldn't have the desired effect, but just the opposite.

I think we're at a type of tipping point that even Philip D. Zelikow could not have imagined whereby anything that "they" do or do not do, will only accelerate the process of transformation, not in military or intel-security affairs, but in human affairs.

It's time to come to power and kick the pirates out of the captains chair, restore the ship of state to it's rightful owners and heirs and then steer the whole thing to a better destination than "Prison Island"..

Just believe and then take action, in whatever way however big or small, but do something.

AnAbsoluteCreation
wait till they take off those nice guy faces.

We can already see those faces behind the veil of 9/11 and everything that's ensued in it's wake, that's the thing.

There's something very dark there embedded right into the structure and the hierarchy, it's self evident.

The key will be to replace those faces, over time, with our own by coming to power as G. Edward Griffin recommends as the only and the best solution. When the relevant political community is no longer relevant, then the whole chair becomes available, the whole throne.

And there's no other option, if an action must be taken.

It's almost funny, if it wasn't so grave and serious.

Out with the stoned faced bad cop/politician - in with faces even more serious because they do not hide evil but the mirth that comes at evil's expense. Now that's power. To dare to laugh at their pathetic rush for a throne of "absolute power" in the name of the public's INsecurity, initiated by an act of abominable evil that can't not be seen and recognized for the murderous hoax that it was as a pretext to the waging of "pre-emptive" war of aggression.

But the whole thing, to the war the torture, Guantanamo Bay, rendition, domestic surveillance (spying on the American people), the works - has been nothing but an abysmal FAIL and nothing but a money and power grab which was never JUSTIFIED to begin with, even in the event that 9/11 is what we were led to believe, with a cadre of would-be Boeing pilots, taking over four planes with box-cutters, and managing to hit three out of four targets, perfectly and in perfect flight control at airspeeds unheard of in the history of modern avaition, felling three buildings in New York and hitting the specially reinforced section of the Pentagon, with passengers calling their loved ones from cell phones at 10-31,000 feet altitude to say goodbye with their effects offered up in the Moussaoui trial in pristine condition. 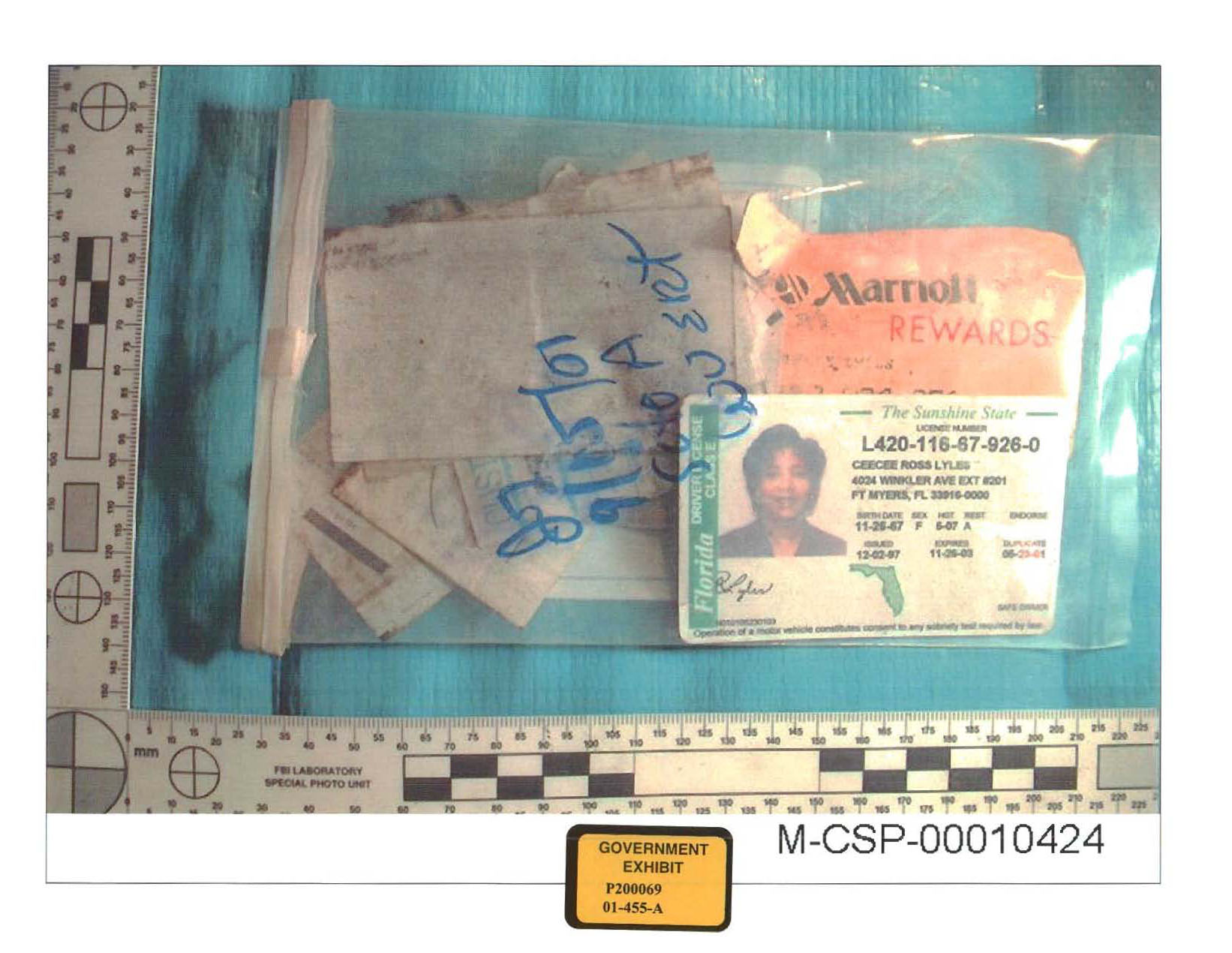 And listen, very VERY carefully to CeeCee Lyle's unique delivery in the recorded message left on her husbands answering machine - just scroll the Wikipedia flight 93 page about half way down, and on the right hand side look for the player under her name CeeCee Lyles,

really listen to it, in the context that her second call and many many other calls were actually made from the alleged passengers' cell phones, which was impossible in 2001 and even to this very day, which could only have taken place, from the ground, as received by the recipients of those calls (no ID spoofing or voice morphing needed).

Listen to her whisper, at the end of the call before fumbling with the phone in trying to hang it up (as if that would normally give her trouble..), it was a message directed as much to her husband as it was her "handlers" and even as it might have been intended ultimately, to us, and there it sits right in the midst of the public record. "it's a frame"...

And so it was, nothing but a terrible murderous hoax to realize a bad policy.

People are not throwaways. And neither can you fool all the people all the time.

The truth outs and finds it's mark.

It's not inconsolable though, because blessed are those who mourn and are persecuted for the sake of what is right, they shall be comforted and satisfied, because humor to retain it's good-willed loving nature requires that the height of Justice has been met.

All those people are in heaven.

That would be pretty scary if you're Dick Cheney or Donald Rumsfeld, or George Bush jr. and sr., and whoever was involved in coming up with the script, and whoever in planning it and carrying it out.

There is nothing that is hidden which will not be made known and brought to light.

9/11 is leaking.... worse than the Snowden leak.. everyone's talking about the elephant in the room now - Sept 11, 2001, which it all goes straight back to, and are there questions to be asked that were never addressed? Of course there are.

MIHOP, LIHOP (let it happen on purpose) it makes no difference. At the very least that's willful criminal negligence causing death, as well as aiding and abetting after the fact.

So who's insecure, or i should say who's more insecure, than the devil himself?

That's a magnificent realization in the face of how bad the screwup was which contained embedded straight into it's own "design" it's own undoing - when everyone took a second look, looking back through the rear view mirror of near 20/20 historical hindsight. The data, is in.

Instead of being Philip Zelikow's wet dream, it turns into his worst nightmare amid our own freedom and liberation as active historical participants capable of offering something better even by an infinite degree, like a Big Lie singularity falling back in on itself in an implosion, the reverberations of which will be felt through the remainder of the 21st century and beyond.

Things are changing and the right people are quaking in their boots. You know it.

The idea. It's more powerful that anything they can muster, especially if to a degree it is founded on the back of their LIES.

The big lie of 9/11 cannot sustain itself in the face of simple reason, and common sense, at any level, and that's very very bad news for "the stone-faced" who being the last to laugh, and to repent, cry inconsolable tears of unending bitterness, but oh Lord i would never wish that upon my own worst enemy, may your mercy be great, as we all cry a little bit over this terrible historical nightmare we were thrust into at the onset of the 21st century through no fault of our own.

They did not have the right.

Leo Strauss from the University of Chicago was mistaken in his teachings of no God no absolute truth, and thus permission to do anything that you can get away with no matter how barbaric, evil, or insane - because it was the right of the "elite" to rule over the mob.

They #ed-up, BIG TIME, like HUUUUUUGE - and 9/11 is the worst leak in history next only since the death and resurrection of Jesus Christ and that was meant to be known..

It makes the Snowden leak look like sweet kisses by comparison when everyone catches up to it's stark truth.

It's only a nightmare for the few however, and sweet dreams for the rest of us who's fault it never was.

The data is in.


In loving memory of CeeCee Lyles.

In it he puts forward a case by which certain principals involved might have committed indictable offences, not only in the lead up to 9/11 but on the very day itself when it was happening. Conscious choices, decisions and actions within the chain of command with blatant aforeknowledge, in other words conscious choices not to take certain actions and to remain unavailable until it was done, during a span of about an hour and a half or thereabouts.

posted on Jan, 27 2014 @ 02:32 PM
link
I agree with his critique of the truth movement. I also believe that since there was no official criminal investigation into 9/11 we cannot expect any prosecutions any time soon. That screams loudly of deliberate inaction, nothing less.

For me, to allow all the Bin Laden family to fly from the country during a no-fly-anywhere ban was a signal to the rest of us: That planes carrying vital and urgently-needed transplant organs were forced to remain grounded and unimportant to its nefarious agenda which we all know about. We never heard did we, whether the intended transplant recipients died as a result, but if they did, imo their names should be added to the list of victims. I find it all so disgustingly evil and criminal that I personally cannot continue to look into this as I once tried to do, although I will keep informed from time to time on what others found. I applaud those with the stomach to keep looking into it who cling to the hope of eventual jutice. 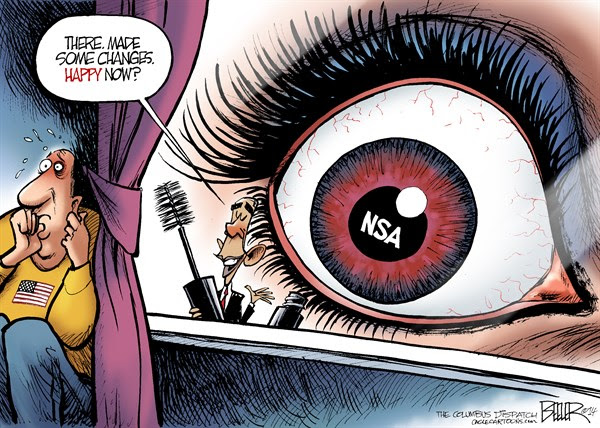 They have something similar in the East....... trust in God, but tie your camel first.

If we trust in God then anything becomes possible again, and all things are made new.