When the 67-year-old woman came to the hospital, she was deeply afraid of two things — the visions of odd-looking faces that appeared hovering before her, and that the hallucinations might mean she was losing her mind.

"She was absolutely terrified by what she was seeing," said Dr. Bharat Kumar, an internal medicine resident at the University of Kentucky who treated the woman. In fact, the patient and her family were so concerned in the days before she came to the hospital, they asked a priest about performing an exorcism, Kumar said.


The woman drew a picture of what she saw. The faces had large teeth, eyes and ears, and a horizontally elongated shape, like a football. 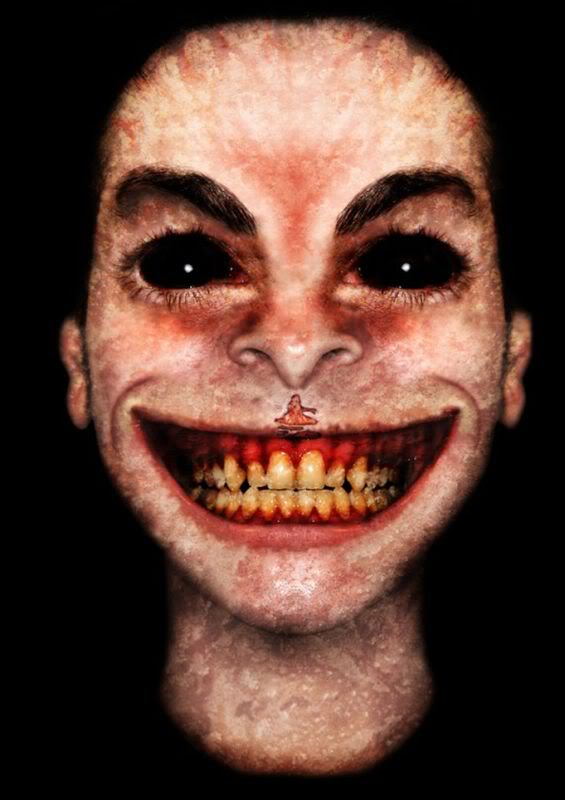 That peculiar shape and the fact that the patient recognized that she was hallucinating (rather than believing the visions to be real) provided two important clues in making a diagnosis, Kumar said. He determined that the woman had condition called Charles Bonnet syndrome.

Patients with the syndrome may see small people and animals, bright moving shapes or distorted faces. These hallucinations are purely visual; no sounds accompany them.

In the woman's case, the condition developed because she had macular degeneration. Tissue within the retinas of her eyes was deteriorating, and her ability to see was declining.


It is worth reading the rest at livescience.

I feel so bad for anyone afflicted with this. I honestly couldn't imagine an undiagnosed person being able to keep their sanity for to long. There have been other cases and some did not want to come forward and admit what they were seeing basically suffering through it. This woman was grateful for the diagnosis as I would be. That is much better than thinking some other things.

I imagine in less enlightened times being afflicted with this could be dangerous to your health in some other ways.


Wow...if that is what she was seeing, that's some scary stuff.

Now off to read the article. I'll be back more than likely.

ETA: OK...that was a quick read, but informative. I hope that never happens to me. I did find it amusing that a Doctor used such a scientific term of refering to the brain as a "wibbly woobly glob of goo" though. That's science talk I can understand. LOL
edit on 15-1-2014 by TDawgRex because: Just a ETA


I don't know if that was what the woman was seeing I just looked for a pick that that fit the description. The eyes may be wrong but then again...

Anyway I like when doctors can break down things that make it easy to understand as well.

I sort of had something like that after a blast injury in the military. What little sight I have left at the time was also being messed with by a cataract also a result from the blast. I was seeing all kinds of weird things kind of like ghost images on top of still being kind of messed up from it all. Man those were bad times. I remember having to tell myself it was all due to the blast a few times and just shook it off.

At least the docs were able to fix that in the first year. I am still basically blind in that eye, but I can deal with that.

posted on Jan, 15 2014 @ 09:56 PM
link
Good Lord... if I was seeing things like that I would probably lose my mind before I got to the hospital. That's pretty freaking evil looking. If sounds had accompanied it, it would almost be enough to make you claw your own face off in an attempt to make it stop.

The brain is more powerful than we give it credit for most of the time. Stuff like this proves it. It definitely helps explain why some people have tremendous issues mentally. It only takes one small thing to get it way out of whack.

I am glad she got it diagnosed. I hope she can sleep afterwards.

^ Is the pic in the OP of what the woman drew?

Is what the woman drew not made available? If so, weirdddd

posted on Jan, 15 2014 @ 10:32 PM
link
Wow, that picture sent a chill through my body.
The idea of seeing it in real life... yikes. I read an anecdote about a guy who saw empty black holes where people's eyes were supposed to be. Got on medication that made him into a zombie, basically.

posted on Jan, 15 2014 @ 11:22 PM
link
Something like that might explain some of the ancient folk lore , and maybe some cases of insanity. Very interesting find!

Grimpachi
I just looked for a pick that that fit the description.

It appears you just inserted your idea into the middle of the article then?

posted on Jan, 15 2014 @ 11:30 PM
link
Very interesting! i so wasnt expecting that face to be there when i scrolled down though just looking at that freaks me out i cant even imagine how that old lady felt poor thing it makes you think though doesnt it!

NOTHING comes out of the thin air, if can be imagined then it must be there an elderly person seeing this without any back ground of watching (scary/horror movies) ..?

It can’t be imagination…!

originally posted by: amkia
Science and their explanations sometimes are stupid..!

NOTHING comes out of the thin air, if can be imagined then it must be there an elderly person seeing this without any back ground of watching (scary/horror movies) ..?

It can’t be imagination…!

CBS is caused by rather complex visual hallucinations in a person with partial or severe blindness, people with CBS are usually mentally well. Very scary for those who experience it. Some who I know experience CBS do not find it frightening.

CBS can be likened to a person who has a below knee amputation and experiences a range of feelings in the amputated leg known as phantom leg syndrome.

posted on Jul, 30 2014 @ 12:32 PM
link
Very frightening. Do medications such as Seroquel help people with this condition? I never assumed hallucinations could be so vivid (I've had them before).

originally posted by: miles1993
Very frightening. Do medications such as Seroquel help people with this condition? I never assumed hallucinations could be so vivid (I've had them before).

Seroquel has been used with varying success. At this point there is no universal agreed treatment for CBS.