"It's going to be another Sandy Hook." - Man gets 41 Months in Prison For Threats.

posted on Jan, 15 2014 @ 03:49 PM
link
Asking fellow ATS members what they think about this heated situation, and does the punishment fit the crime, or was it an over-reaction.

Seriously folks what the heck is going on these days. People are melting down all over.


"It's going to be another Sandy Hook." Said Sami William Mustafa of Dearborn Michigan. 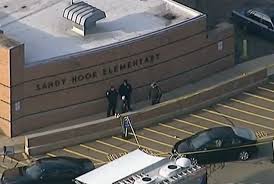 A Dearborn man was sentenced to 41 months in federal prison today after his conviction by a jury in September of extortion for threatening to kill DTE Energy employees over the phone, U.S.

It appears that making terrorist threats is not taken lightly these days and they are setting Mr. Mustafa up as a poster child.

We all know that dealing with utility companies can be difficult sometimes, but making threats like this are a sure fire way to get into deep water.

During these telephone conversations, Mustafa threatened the employees by saying “Do you want to get shot in the face over a couple of dollars,” and “It’s going to be another Sandy Hook,” - referring to the mass shooting that took place in Newtown, Ct., last year.

I thought that was a slap on the wrist kind of thing (still taken seriously though).

And shouldn't a mental health component be added to that?

I thought that was a slap on the wrist kind of thing (still taken seriously though).

And shouldn't a mental health component be added to that?

I actually think that in this case they should have given him 5 years of community service, instead of burdening the tax payers with a jail sentence.

Maybe a mental facility for 6 months, then house arrest, felony, tether and yes mental health evaluations at his expense every week.

OK, maybe he didn't really mean it who knows, but he made the threats..now he'll have plenty of time to regret it.

posted on Jan, 15 2014 @ 04:20 PM
link
People can say a lot of stupid things in the heat of the moment (trust me on this). I think this sentence is a gross overreaction. Arrested? Yes. 3+ years in prison? Come on. People who drive drunk and actually kill other people aren't dealt with as harshly. Give the guy a couple weeks in the clink and some community service to remind him of why you shouldn't say things like that. If he becomes a repeat offender, then maybe he should have a psych eval.


I know what you're saying, but what if he actually did it?

Everyone would be asking why the hell his threats weren't taken seriously.

posted on Jan, 15 2014 @ 04:35 PM
link
41 months? Seriously, all I can think of is the kid with "alfuenza" when I see something like this. Sure he shouldn't of said it, but almost 2 years? I think some mandated anger management classes first and if he fails that or repeats then hit him with some jail time.


You can't use what he "could" have done to sentence him...

posted on Jan, 15 2014 @ 04:40 PM
link
You just can't say anything and think you can get away with it. This guy, no matter how upset he must have been with the utility company, you just don't threaten to kill people. I would question this guy's mental state if he gets so belligerent when he gets angry. There's just a line you don't cross if you have any sense of civility. He could have threatened to report them to the utility commission or some other complaint department, but to take it to the point where you want to commit mass murder? All I could say is, WOW.

i don't know about the sentence, but he put himself in that position. Whether the sentence was too long, he'll have a long time to realize he has to control what comes out of his mouth. The sentence should have also included anger management counseling.


Regardless of how most feel, I think it is an abject horror that people can be arrested, and incarcerated for what they might do.

posted on Jan, 15 2014 @ 04:44 PM
link
In the age of mass shootings it's best not to take any chances.
Then maybe some other moron would think twice before opening their mouth.

Talk about the shallow end of the gene pool...


You can't use what he "could" have done to sentence him...


No, but you can use what he actually said he'd do though.

Most people get angry and mad at some point, but they usually curse a bit, shout a bit, insult the persons parentage or intelligence and probably kick a chair or two over and / or grumble to themselves for a while and have a few drinks maybe..they don't say they are going to shoot an employee in the face and commit mass murder, that was his mistake.

He can always appeal the sentence...and next time kick a chair or two.
edit on 15-1-2014 by MysterX because: added info


.....Yes he said it, but you then said that crime was justified because he "could" have done it. You can't justify something based on what someone could have done, only what he did. Yes he said something, the punishment does not fit the crime


What are you talking about...threatening to kill IS a crime in and of itself.

I wouldn't advise it, but if you tried going up to a cop and telling him you are going to shoot him or her in the face and then go on a murderous rampage...you'd find out pretty quickly it is a crime.


TWO kids were shot, not 15. One is in satisfactory condition and the other is in serious condition.


Ok for the thrid time, I didn't say he didn't commit a crime. I am saying the punishment does not fit the crime and using logic like " Well he might have gone and killed some one" shouldn't be used in justifying the term of the sentence.


He should have gotten a judge trial, not jury. And he should appeal it. His threat was not specific enough (time/place/manner) and not a clear and present danger, as to how the SCOTUS has previously ruled. Although this could be slightly different (considering the times in which we live). He a was obviously emotional, but I'd try to take it to the SCOTUS.

Mustafa threatened the employees by saying “Do you want to get shot in the face over a couple of dollars,”


That is NOT a threat.
and

“It’s going to be another Sandy Hook,” -

That is NOT specific enough to be considered a true threat insofar as a clear and present danger.

Regardless of what the headline says, "Dearborn Man to Serve 41 Months in Prison for Threatening to Kill DTE Employees" he didn't actually threaten to kill anyone specific at any specific time.

Of course, due to Virginia v. Black that could very well fall within a true threat.

But i'd love to hear more details/evidence of what he said.


You are correct in your assessment and I was hoping someone with legal case history would weigh in.

Now I will add some interesting information to the topic.

Dearborn, Michigan has the highest Arabic population in the USA, so are they possibly profiling him as a potential terrorist due to his ethnic background?

It's important here to note that the target of his rage is a big bureaucracy. Namely corporate customer service.

Now we take this angry and unstable man, who is angry at a bureaucracy, and lock him up with murderers and rapists and theives for about four years.

This is like when I was in high school and some kid would threaten to "beat me up" for calling him an asshole. My response was always "and that proves you're not an asshole how exactly?"

I know everybody feels like they have to do "something" whatever that "something" is no matter how futile or even harmful that "something" may be but what exactly is the point of this punishment here? What does it hope to achieve?

Because nobody has ever come out of prison pissed off and out for revenge, right?