Something (Curiosity Rover) has moved on Mars!

posted on Jan, 15 2014 @ 04:44 AM
link
Outstanding! This is really Amazing! While I'm searching for the last images of Curiosity, I have stumbled upon an image that I had already seen some weeks ago and on which I was thinking. It was a strange anomaly (an head) behind a rock more stranger. But today the NASA/JPL has released the image of the SAME rock but... WITHOUT the Anomaly! 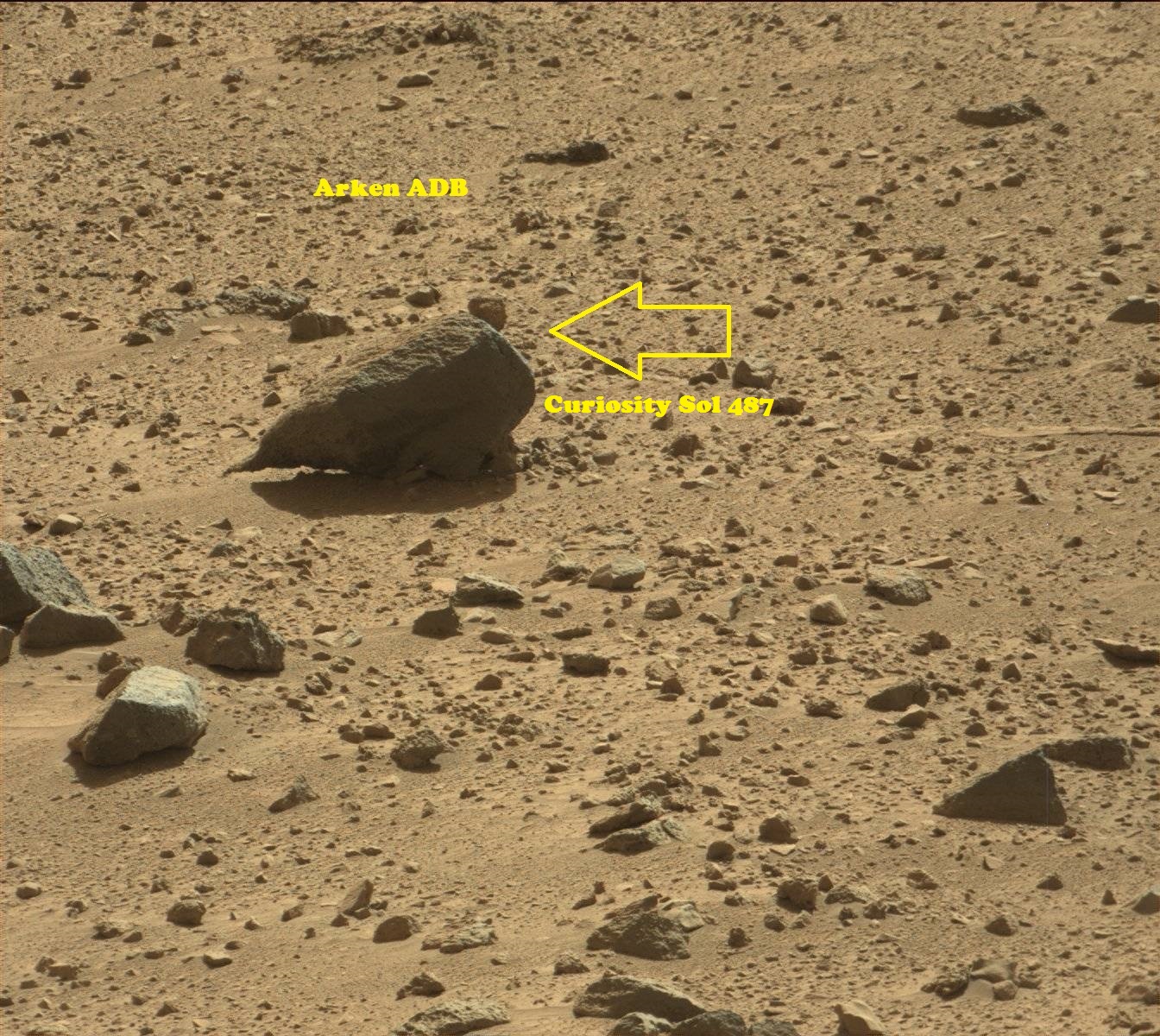 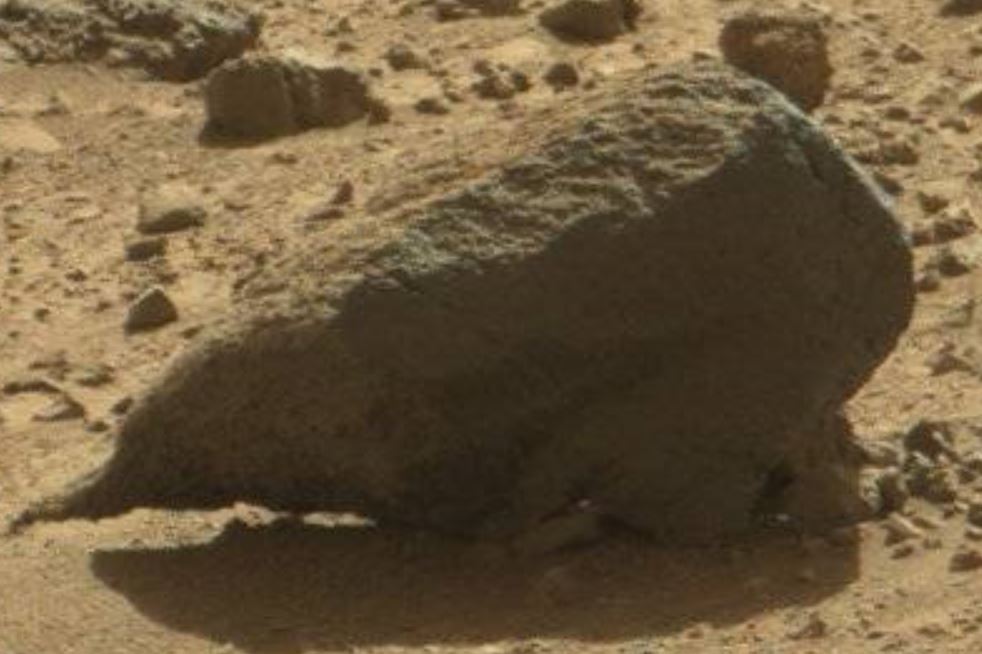 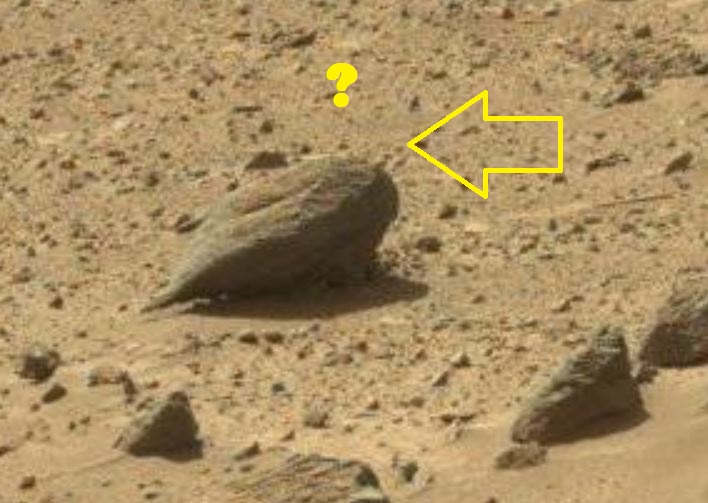 This Anomaly Is Disappeared.... 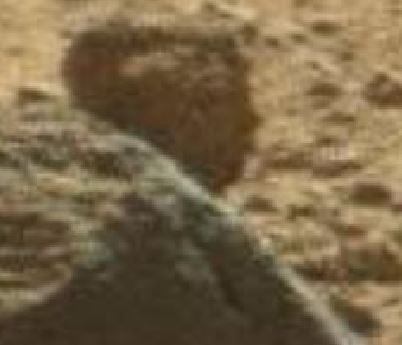 An HEAD Behind the rock.... 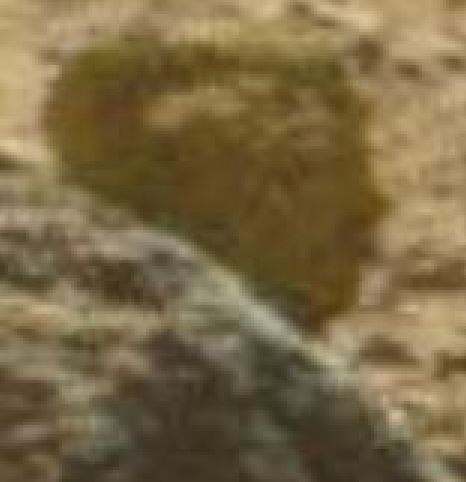 
Brah, it's a different angle.

Just look at the bearing and elevation data.

The answer is right there in the pics you yourself posted.


Brah, it's a different angle. Come on.

It's clutching at straws a bit this


I had considered that circumstance, but it is too big to disappear behind the rock even from a different angle.
edit on 15-1-2014 by Arken because: (no reason given)


Too big to disappear behind the rock even from a different angle.


No it ain't. Not only is the bearing different but so is the elevation (see my edit). The two taken together (or separately as well, I'm sure, but not knowing distance to target image, I'm not able to give you exact numbers) are more than enough of a difference to hide the "head."


Whether it moved or not, I don't know. As was said it is probably just a different angle.

But it is clearly just another rock, not a head. Since the only information we have to go on are these pictures. It is irresponsible to say it's anything but a rock.


Nasa lies we all know that and?


Bumping this for later ... would need to look into this some more but my first thought was also that the 2nd image is probably a different perspective & elevation. However, your attention for detail is still amazing!

posted on Jan, 15 2014 @ 05:10 AM
link
Hey. wow. groovy! and these so called "rocks" are actually, verified, completely, unmistakeable, SOLID rock yes? They have been weighed, handled, and researched by the excellent mars rovers that are basically, well, highly sophisticated versions of a robot lawn mower right? and there is NEVER an occasion over a seven day period on mars were there might be very high or swirling winds? somethng like a "dust devil" if you will? and there has NEVER been an occasion observed ANYWHERE in the solar system where large rocks, have been moved, apparently, by wind only? and even if there were oceans and lakes and bird baths a long time ago on mars, that would have made what kind of difference, on a planet with NO MAGNETIC FIELD, a very low pressure atmosphere, and is constantly bombarded by radiation LETHAL to "most", not all forms of life? You know, I could be wrong, but arthur c clarke was a pretty forward thinking guy. why don't we take a closer look at Europa, and stop wasting time on planet that, IS DEAD. WAS DEAD. AND for any practical or other purpose, WILL ALWAYS BE DEAD. Even if misguided people go there in the future. the solar system is LETHAL all by itslef. we're running out of time. Nothing to see here folks. when it comes to mars? maybe use whatever useable water is there for an automated filling station. imagine if you will, a coffee or ice maker, PERMANENTLY hooked up to a water supply. if we can do that with a coffee or ice maker, we can do it with a robot gas station. Europa? looks like a better bet. Also, the name is just way cooler. Also, A.C. Clarke? if we go, the machine we send should be awesomely cool, named after clarke or one of his books or one of his characters and be totally awesome, all in one lander, explorer, ascent stage to return samples! and it should look absolutely cool like something right out of the "thunderbirds" and be powered by a huge nuclear reactor. or to paraphrase another great sci-fi author that goes by the name of vonnegut, maybe it could be powered by UWTB, a property known as "universal will to become" SOLID!

Indigent
lets say its a martian, why would a martian need a nose?

To sneeze with or if someone comes along and offers coc aine, awkward moment.

now --- when the 'head' disappears... you can clearly see the backlight is coming from the 10:00 position

just look at the shadows of the large rock which the 'head' is hiding behind....
the Sun has moved enough for the shadow to no longer be noticed...Although i still see no rock in place of the 'head'-
perhaps that disappearance is a result of the camera location being different

posted on Jan, 15 2014 @ 06:45 AM
link
It's actually quite a bit different perspective. None of the other rocks behind in the first are visible either, and you can see quite a bit of the left/top surface of the rock in second pic that was not visible in the first. I can't think of a single reason NASA would have for photoshop scrubbing a nondescript blob rock from a pic. Go to your local quarry/desert and take some pics. See how many heads and rats come up. You will be surprised. There are a couple of Mars pics that I find at least intriguing, but this is just rocks.

Your "anomaly" is actually a rock behind the large rock which in the second photo is off picture to the left.

Yes, something moved, the rover, look at these two images: 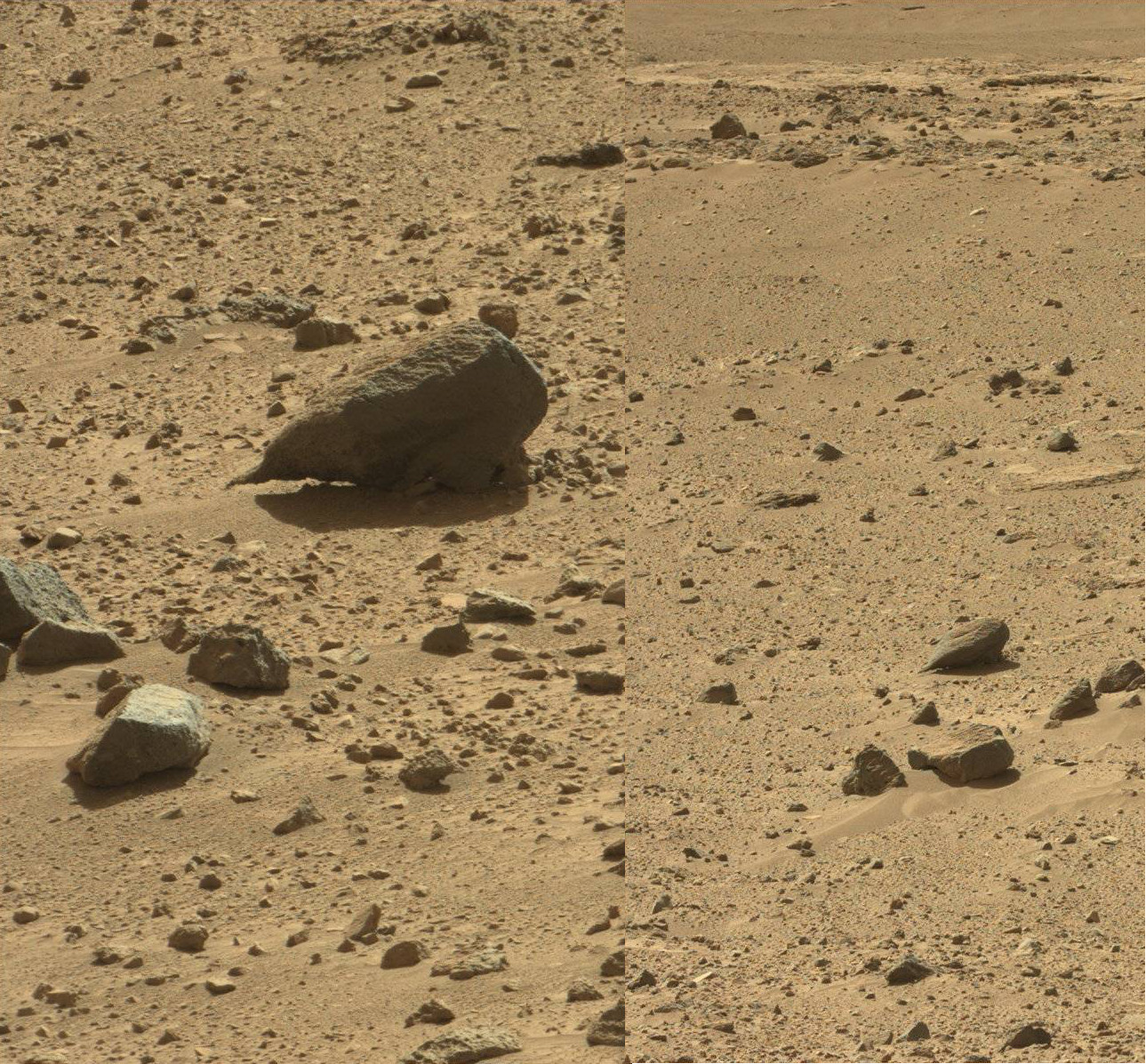 The image to the right was taken several days later, after the rover had moved, from a different angle, and a different zoom setting.

Your "head" is a rock that is now behind the larger rock. You can see that other rocks are also no longer in view in the 2nd image.

You'd have better luck proving something was amiss if the 2nd image was from the exact same place, same angle, same zoom and then it was missing. Then you'd be on to something.

However, in this case, all you've shown is that things look different from different angles and perspectives.