In 100 years, I'll be 151 years old.
I'll look the same as I do now.
I'll have iJoints in the hips, knees, shoulders, elbows and wrists. It'll tell me if I'm working too hard.
Agriculture will make a big comeback! Farming, farmsteads, local trading will re-emerge.
Apprenticeships into trades long vanished will be thriving.
Reliance of archaic things like iPads and the internet will still be used, but people will return to simply talking to each other.
We went to space and found nothing but some eels on Europa. Big let-down.
Countries will still exist. But with the advent of individuality, many won't be relying on government and politics will be a side issue to laugh about on occasion.
War became unsubstainable. Once everyday people could access a nuke.
An ancient culture was found in Antartica. We're still looking.
Cher still performs. So does Madonna. Justin Beiber was killed in 2032 in a poorly planned robbery.
Lady Gaga becomes a British PM. Then is beaten with sticks.
Queen Elizabeth still won't relinquish the throne to Charles.


And every Saturday afternoon, I'll still go fishing with my sons. And my wife will still complain, but then smile.

All food will be synthetic; natural food will be considered high class and hard to get.
We'll live on Earth and Mars
Many new viiruses/ diseases will manifest and there will be no known cures
The Moon will be a historical museum/ colony
Humans will merge with technology; which can be very dangerous.
China will be the supreme power here on Earth, but will need the US to lead them.
People will live below ground as well as above
Strange "people" will come onto the scene.
We'll all have spaceships
there will be wars over ownership of water
3-D printing will revolutionize the world....!
And we'll all live happily ever after!!!!!!!!!!!


"I'm the enemy because I like to think. I like to read. I'm into freedom of speech and freedom of choice. I'm the kind of guy that could sit in a greasy spoon and wonder, gee, should I have the T-bone steak or the jumbo rack of barbecue ribs or the side order of gravy fries? I want high cholesterol. I would eat bacon and butter and buckets of cheese. Okay? I want to smoke Cuban cigars the size of Cincinnati in the nonsmoking section. I want to run through the streets naked with green Jell-O all over my body reading Playboy magazine. Why? Because I might suddenly feel the need to. Okay, pal?"


I'm thinkin' that it will be more like this. But stop being a buzzkill. This is meant to be fun!


That post makes me think you're a closet anarchist (without the closet.)

Sorry back on topic:

Most of the population will live in great walled cities because H9N11 mutated into a zombie virus and got loose.

The top 1% elite have colonized Mars and use it as a vacation spot.

SkyNet became active 20 years after expected but then failed due to cheap Chinese electronics.

Jetson's flying cars are now available but they argue with the passengers so no one uses them.

Most American citizens have fled across the Mexican border to escape the oppressive regime.

Mexico social systems has collapsed due to all the freeloading Americans, everyone's moving to Venezuela.
edit on 311am0808am122014 by Bassago because: (no reason given)

This, based upon current trends. 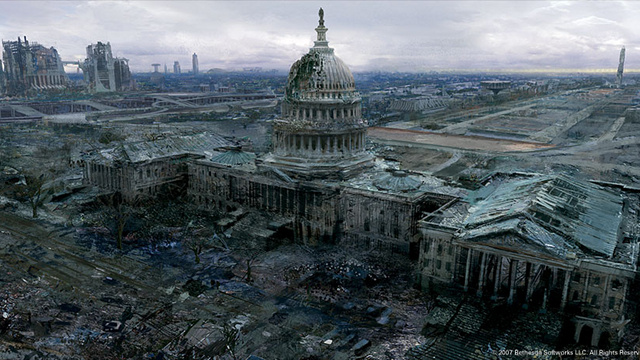 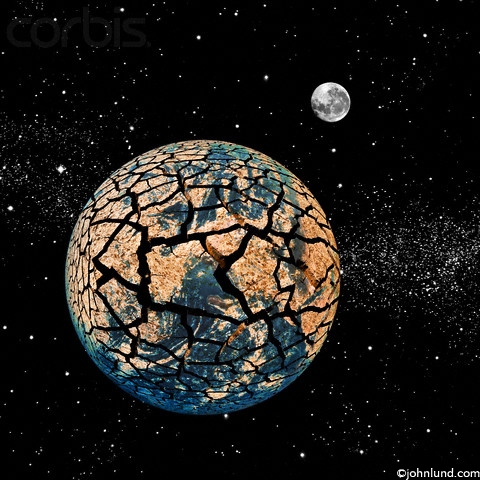 posted on Jan, 15 2014 @ 03:47 AM
link
I think by then Walmart will have taken over the United Nations.
Clean water will be available in lightweight, 500 gallon dehydrated packets.
Restaurants will deliver seven course meals in 30 minutes, anywhere in the world - or it's free.
Televisions and recliners will be connected with a conveyer belt to deliver cold adult beverages from the TV's built in refrigerator.
Toilets will be truly portable, and come to you.
Pets will have chip implants which allow them to let themselves out fortyeleven times a day.
Conservation will be the number one priority, making money and working obsolete. Upon birth, each child will be allotted so many chips to last a lifetime. When they lay their last chip down, Big G pulls the plug, and their soul gets recycled.
The NSA will find Elvis, and he will be our first 'singing' president.
Who's Justin Beiber?


I'll bet you run with scissors.


I'll bet you run with scissors.


Correct, I am not very smart but I can lift heavy things.

There will be no middle class, just a cast system of rich & poor. Anybody born into a poor family will never have any chance of progressing.

#s only going to get worse unless we rise up & # # up for them, turn the tables so to speak. HANG THEM ALL! O.K maybe a little dramatic but you get the point.

Hey, I tried at least. Envisioning have sex again shows that I still hold out that there is still hope.

I ain't always doom and gloom.

Hey, I tried at least. Envisioning have sex again shows that I still hold out that there is still hope.

I ain't always doom and gloom.

All I ask is that you're not standing near me when you experience it again!

- have hand-held devices to self-diagnose our own body and be able to detect any illness faster
- nano bots will replace the scalpel in the surgery rooms completely
- We will be able thanks to nano technology to change our appearance: eye color, hair color
- a similar but more modern type of Google glasses will have replaced cell phones completely
- copy books and books will have almost disappeared and become old-fashioned relics of the past- we will use tablets for taking notes at work and in schools
- The way we can prepare food at home will become faster and easier- some type of new heating technology
- more advanced looking house robots as cleaning help (maids) - will become affordable to anyone
-Mars colonies already built and first settlers living there

posted on Jan, 15 2014 @ 10:33 AM
link
Despite being a comedy Idiocracy, for me is one of the closest portraits of a future. Pretty much half way there.

woodwardjnr
Despite being a comedy Idiocracy, for me is one of the closest portraits of a future. Pretty much half way there.

HAH! I loved that movie.
Exactly. I see THAT all around me. Ever been to a kids indoor sportsplex? You know.. a place where people take their kids to play for hours in the winter? Well.. youll see the genesis of our future Idiocracy if you ever do. From the parents to the children.. good God, it will depress you. We had kids later in life.. at my age I have an 8 year old... kinda like the normal folk in the movie clip. By my age most folks around here have grandkids already.. and a wolf pack of kids. THOSE genes are the ones overtaking the planet.

There was a thread here about there being more "gifted" kids around these days. I had to back out of the thread. LOL!

Sorry Beez.. the future isnt bright. Never was. We dont "progress" as a people. We devolve. The only progress we make is newer cooler gadgets to make our lives "more simple". For all of our technological genius, we waste it on unnecessary gadgets and machines of war... not the progression of society or the future.


In 100 years we will wage wars against problems.


Oh and I had to post this to you. The idiocracy has begun and is in full swing now. BEHOLD!!! Someone invented a vagina toaster...
www.huffingtonpost.com...

I was going to put this in breaking news.. ya know.

Humans will have colonized most of the solar system in some form. Robotic mining in the asteroid belt along with human colonies there. Human colonies on Mars and the Moon will have millions of inhabitants.

Organs will be cloned on demand – lifespans will be very long. Ageing will be treated like a disease and will be well treated.

Pathogenic agents will be eliminated will custom drugs. You go into the doctor’s office with a cold, they analyze it on the spot and the pharmacist makes you a custom cocktail to eliminate it almost immediately. This advance will most likely come after a global pandemic kills hundreds of millions of people within the next 20 years.

The human population will be around 7 billion. Europe and its descendants will make up less than 5% of this number. Africa alone makes up over 50% of the globe’s population. India will have around 1 billion people and China less than 500 million. Fertility rates globally will be less than 1 child per woman because lifespans will be so long. The word aunt, uncle and cousin will become relics.

Robots in some form will be everywhere. This will be a plus and a minus. Economies that haven’t developed by 2100 will be permanently truncated by this. Robots will remove nearly all human labor form manufacturing, construction and mineral extraction. Without the need for cheap labor, developing nations won’t have the avenue for development that nations like China, Japan, Mexico, Brazil, South Korea, Taiwan, Singapore, etcetera used to develop. People from the nations that couldn’t develop in time will attempt to swamp developed nations. Immigration will be very restrictive.

In the developed world the pervasive nature of robotics will eliminate nearly all service jobs, creating a large underclass of perpetually unemployed and underemployed. This underclass of unemployed and underemployed (60% or more) will subsist almost entirely of the largess of the state. You will either be one who manages the technological infrastructure throughout the world or you will be dependent upon it.

Like the old days, excess population with the itch will go west … into space.
Fossil fuels will still be used, but almost exclusively for chemical feedstock. Energy will be solar and nuclear fusion. Cheap and massive amounts of energy will allow for water desalination on a truly industrial scale, eliminating water scarcity issues. Power lines will be a thing of the pass …. All electricity will be transmitted wirelessly right to homes and devices.

Nearly all OPEC members will join the developing world through a combination of fossil fuel abandonment and war.

Nuclear weapons will keep large scale warfare to a minimum but a nuclear attack on all large Middle Eastern population centers will be carried out after the destruction of Tel Aviv by a nuclear device of uncertain origin. India will preemptively strike

Pakistani nuclear sites early in the 21st century. Pakistan will stage a counterstrike on Indian military and population centers and will receive a full retaliatory strike from the Indians. India and China will also engage in a large conventional naval and land engagement but it will not escalate beyond that.

Siberia will be absorbed in some way or another by China. The Russian federation will break along ethnic and religious lines .. think Chechnya everywhere. North Korea will collapse and be taken over as a ”protectorate” by China.