I'm sure there have been threads like this before, but with current events there is always a paradigm shift.

Put on your farseeing hats and tell me, please tell me what to expect 100 years from now!


Me first, me first!

In 100 years, I'll be 151 years old.
I'll look the same as I do now.
I'll have iJoints in the hips, knees, shoulders, elbows and wrists. It'll tell me if I'm working too hard.
Agriculture will make a big comeback! Farming, farmsteads, local trading will re-emerge.
Apprenticeships into trades long vanished will be thriving.
Reliance of archaic things like iPads and the internet will still be used, but people will return to simply talking to each other.
We went to space and found nothing but some eels on Europa. Big let-down.
Countries will still exist. But with the advent of individuality, many won't be relying on government and politics will be a side issue to laugh about on occasion.
War became unsubstainable. Once everyday people could access a nuke.
An ancient culture was found in Antartica. We're still looking.
Cher still performs. So does Madonna. Justin Beiber was killed in 2032 in a poorly planned robbery.
Lady Gaga becomes a British PM. Then is beaten with sticks.
Queen Elizabeth still won't relinquish the throne to Charles.


And every Saturday afternoon, I'll still go fishing with my sons. And my wife will still complain, but then smile.


IF we are around for another hundred years (a big if) it will look somewhat like 1984,not the year...the book.


IF we are around for another hundred years (a big if) it will look somewhat like 1984,not the year...the book.


You are harshing my happiness!


You're already crying though.


Ok I will add my humor than.
Politicians will still be idiotic and we will have a new type of war....the war on flies that bug you when you eat at a BBQ.
The war on flies.


You're already crying though.


Ok I will add my humor than.
Politicians will still be idiotic and we will have a new type of war....the war on flies that bug you when you eat at a BBQ.
The war on flies.


Om my .. your world with Gaga is like a horror movie

In 100 years there will be less space for mankind to live on, mostly land is found in northern hemisphere and riots and civil unrest is faced everyday. Rich people have buildt to themselves a fortress where they have stored supplies for their own surviving for few decades, this fortress is heavily guarded from air and land. They don´t go out and no one gets in.

People are starving.. cannibalism exist.
Lakes and seas are run out of fish and there is not enough berries for everyone. There is no land to farm as there is too many people per square mile trying to survive.
Old diseases like black death has returned.. streets are filthy and smell is overwhelming.. dead bodies are unburied.
No birds singing.. other than crows.


After 87 years in an isolated FEMA camp my reply finally makes it's way to ATS. Smuggled through a series of off the grid mountain men via an antiquated key-chain crystal chip.

Peering through the fences of the camp it's difficult to see much as the smog from China has now covered the earth.

I notice one of the many RAD meters is still pegged at maximum (thank Japan.) Been that way for the last 80 years.

It was with great interest I read about the last US elections in 2020. Arnold finally won.

These freaky little DARPA robot guards keep me up most nights but the robot receptionist at the barracks forces me to take 47 unknown pills every morning, forgive me if I'm a bit fuzzy.

If I ever get out of this place I'd like to visit DC. Heard it's grown a bit and now engulfs the next 15 closest states (minus New Jersey which is still a mess from Hurricane Sandy.)

That's all for now, microwave pulses are forcing me inside for the daily inoculations.

Am I the only one here that is predicting a happy future? Any more of this and even my avatar will start crying. . . too late! 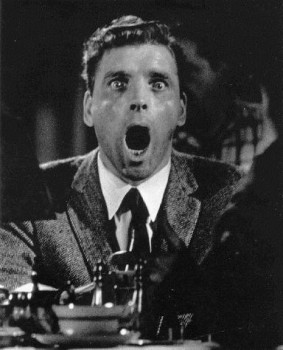 I expect to have a fully synthetic body indistinguishable from a biological body, but, more durable by then such that I can run around naked on the Moon ... and I will.

In other words, I want to be the first to Moon the Earth from the Moon!


Us old farts are a dying breed... wait, that doesn't sound right.


I have to head out right away to my dart's league tourney at the legion... so I'll be back to add in my own witty futuristic prediction to this thread... in the very near future.

In 100 years we won´t need transportation we use today as we are able to teleport from one place to another sooner than a blink of the eye.
We have started to colonize moon too as there were more than 10 billion people in earth and earth couldn´t hold them all.. luckily they found out how to make water out of rocks so in moon there is a new world´s grain storage.
In space they have build vacation space stations you can book a holiday and fly there with starbuck´s or Roland Mc Donald´s space ships.
We don´t sleep anymore as they found a cure for that and made us more productive by giving us antisleep vaccine.
In every houselike there is a own medlab where we are daily scanned and medicated in seconds.
While we are losing our nails ( no need for them anymore ) and our hairs we are growing our antennas... 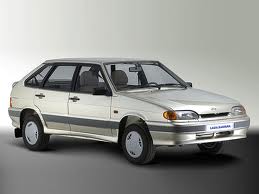 So, by the looks of it, 2114 looks like it will ugly, cold, not enough room for everyone and forget about technology, seems like they threw that out the window ...

After these mere moments of great unattented depression, I need a

posted on Jan, 14 2014 @ 06:12 PM
link
Nature has reclaimed the land. Creatures never seen before walk amongst the grasses in peace because we are gone and took all that we know with us.

posted on Jan, 14 2014 @ 10:11 PM
link
I'll be pushing daisies. I'll get rich at selling the specially prepared daisies as life extending medicine. Since I will be older than Beezzer, and most people won't live past forty five by then, we will be considered the elders.

So much for dreaming, I could possibly somehow live to a hundred and fifty but I will never get rich....other than in name only,


In a hundred years I’ll finally have sex again…though it’ll be more likely an accident due to overcrowding. (Gawd, I hope it’s with a woman!) I hope I enjoy it and that she does as well.

My knees and back will still hurt, but like an idiot, I’ll keep on keeping on because I don’t know when to quit.

I’ll have deep philosophical discussions with my Dawg and Kat…but now, they’ll respond. And probably make my head spin with their wisdom. (They pretty much do that already as a wag of the tail and a purr are greatly rewarding)

Beer will be overpriced and watered down…wait, Budweiser is already here.

When at a store and I ask the clerk where the Scotch is…they’ll take me to the tape, rather than the booze. (Hell, they already do that here)

When I close my eyes, I will be able to go anywhere I want. Wait? What? I do that when I dream? Well that sucks!

I guess that I'm stuck with number 1. At least I'll have sex again.